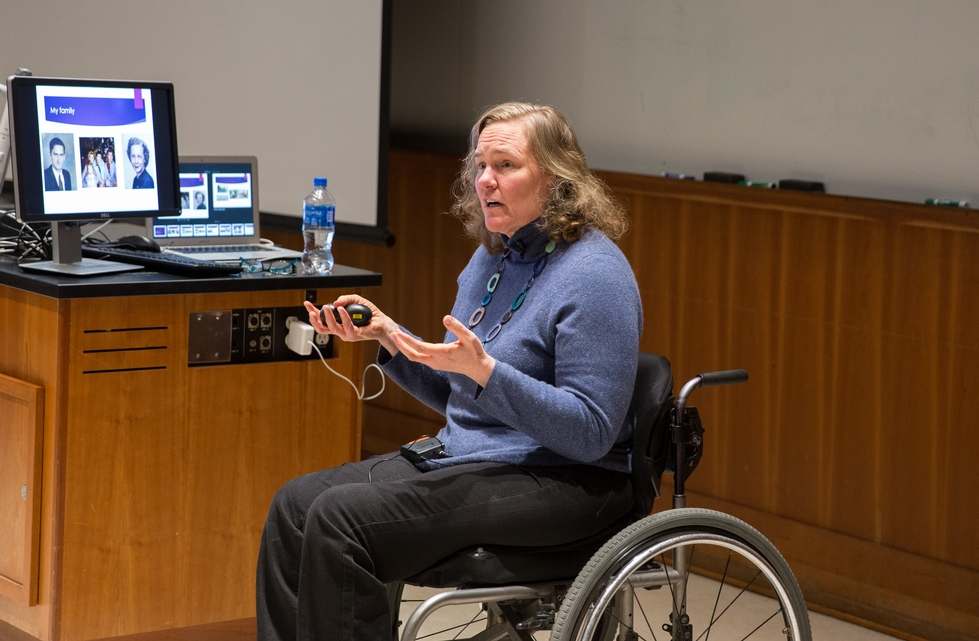 The fifth annual Mosaic Lecture was held the evening of February 27, 2018 on GVSU’s Allendale Campus. Our speaker was Dr. Deanna Haunsperger, Professor of Mathematics at Carleton College and President of the Mathematical Association of America for the 2017-2018 term.

Dr. Haunsperger completed her B.A. in mathematics and computer science at Simpson College and her Ph.D. in mathematics at Northwestern University, with a focus on voting theory. Dr. Haunsperger has a passion for increasing the number of women in graduate programs. To help with this goal, she and her husband, Dr. Stephen Kennedy, founded the Carleton College Summer Mathematics Program for Women in 1995 and directed the program for 18 years. More than 100 of the total of 343 undergraduate participants of the program have gone on to earn Ph.D.s in the mathematical sciences.

Dr. Haunsperger’s talk, titled “Making Connections: Lessons Learned From Women Mathematicians,” focused on women mathematicians throughout history who have inspired her and served as role models for those who came after them. She also highlighted challenges women in mathematics have faced and the lessons we can learn from them. The majority of the talk focused specifically on mathematician Grace Chisholm and her mathematical and personal struggles. Dr. Haunsperger also included stories of her own struggles of being a woman mathematician in her talk. An article on the talk appeared in Grand Valley's student newspaper, The Lanthorn.