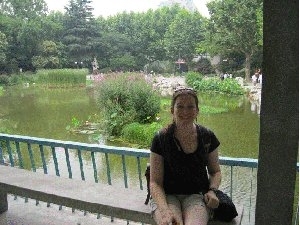 Kate Coveney, this year's Outstanding Graduate in the mathematic department, has a lifelong love of the outdoors. Since coming to Grand Valley, this love has turned into a passion for climate science, and using mathematics as a tool for studying it, which has created many opportunities for her.

Kate grew up in Brown County in southern Indiana, where her family's home on a lake provided many opportunities for hiking and boating. It wasn't until she moved to Indianapolis during high school, however, that she began to discover an interest in mathematics. Inspired by an interesting honors math course there, she began working problems outside of class just to satisfy her curiosity.

When considering universities to attend, Grand Valley was an appealing option for her. She knew that she wanted to study in another state, and Grand Valley impressed her with its emphasis on undergraduate education, the collaborative nature of the interactions between students and faculty, and the environment of the Honors College. Particularly appealing to her were the abundant opportunities for undergraduate research, some of which she has pursued with amazing success.

With her interest in nature, Kate was naturally drawn to geology when she arrived at Grand Valley. However, Prof. Paul Fishback, one of her teachers during her freshman year, encouraged her to consider switching majors from geology to mathematics. She took his advice and added a physics minor during her sophomore year.

The summer after her freshman year, Kate worked at the GVSU Annis Water Resources Institute with Prof. Bopi Biddanda on a project investigating the freshwater carbon cycle. Working for the first time in a research environment, Kate enjoyed working side-by-side with graduate students on their projects and also completing her own experiments to determine the response of the production to respiration ratio under three climate warming scenarios.

Through the relationships she developed with Chinese graduate students during a high school physics research internship, Kate developed an interest in modern Chinese history and culture, which led her to participate in a study abroad program in Shanghai during the summer after her sophomore year. Being fully immersed in a new culture was initially challenging for Kate. Over time, however, she developed a strong friendship with her Chinese roommate and learned the language well enough to feel more comfortable getting around Shanghai. When the program ended, she found herself wanting to stay longer.

During her sophomore year, Kate applied for and received a Hollings Scholarship offered by the National Oceanographic and Atmospheric Administration (NOAA). In addition to providing a two-year scholarship, this award included a summer research opportunity in Washington, D.C. at the National Oceanographic Data Center, which she completed after her junior year. In this work, Kate put her mathematical expertise to use in a project exploring Oxygen Minimum Zones, oceanic regions whose oxygen levels are beneath the hypoxic threshold. Using available data and her programming skills, Kate calculated the volume and surface area of these regions and how they have changed since the 1950s. The results of her work show that rising ocean heat content correlates with an increase in the size of the oxygen minimum zones. 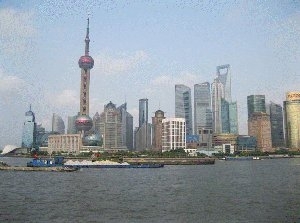 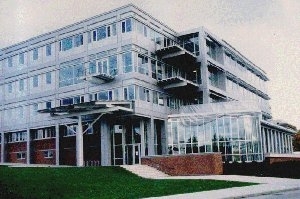 Given the rich research experience she has gained, it's not surprising that Kate is pursuing a career in climate science working either at NOAA or in an academic position. After being accepted to six leading graduate schools in atmospheric and oceanographic sciences, Kate has decided to enter the doctoral program at the University of Washington School of Oceanography, shown on the left, in physical and chemical oceanography this fall.

Kate says that she never expected to be a math major when she was younger. However, she has found that there is a lot that you can do with mathematics and that the ability to think mathematically when approaching a problem is well respected by other disciplines, including the natural sciences. She encourages other students to be confident in their abilities as they pursue their interests.

The success that Kate has earned clearly demonstrates the value of so many activities that are prized at Grand Valley: being liberally educated and studying a wide range of subjects, spending a semester or more abroad to experience a different culture, and engaging in undergraduate research. These activities combine to shape the lives and careers of students who follow their passions.