Did you know that The Mackinac Gazette's logo is a proof of the Pythagorean theorem? 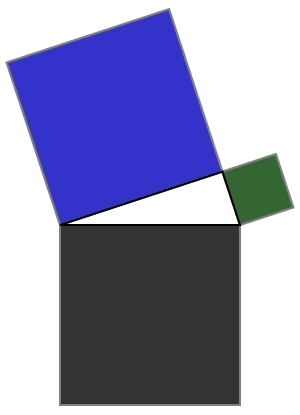 To form our logo, we simply shift the blue square 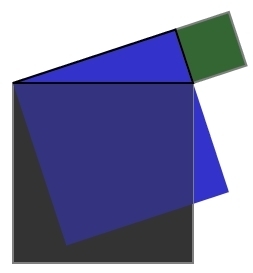 and repeat the pattern formed by the blue and green squares (the gray square is no longer drawn): 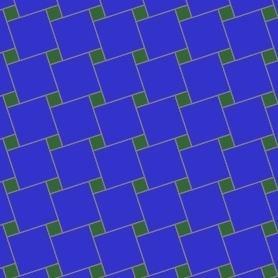 We now add the outlines of the gray squares back in 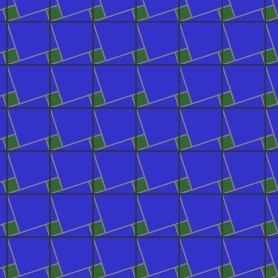 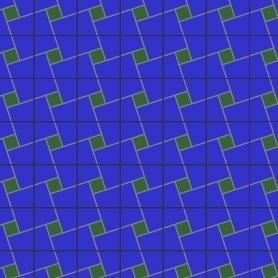 The Pythagorean theorem is extremely old: a Babylonian tablet, dated to approximately 1000 B.C., contains a statement of the theorem. It is not known if Pythagoras, who lived in the sixth century B.C., found a proof of the theorem, but Euclid's Elements, written about two hundred years after Pythagoras, contains two proofs.

If you need to see more proofs, you may read 77 more here. In 1928, Elisha Loomis published The Pythagorean Proposition (reprinted in 1968 by the National Council of Teachers of Mathematics), which contains 365 different proofs! Perhaps we will soon see a desk calendar, one proof for each day, for sale.

Can you name a notable accomplishment of President James Garfield's administration? Neither could our editorial staff. Garfield, elected president in 1880, was assassinated after serving less than four months of his term. However, while serving in the House of Representatives, Garfield found a novel proof of the Pythagorean theorem, given as proof #5 in the link above.