The Department of Mathematics is pleased to welcome five new faculty members this year. 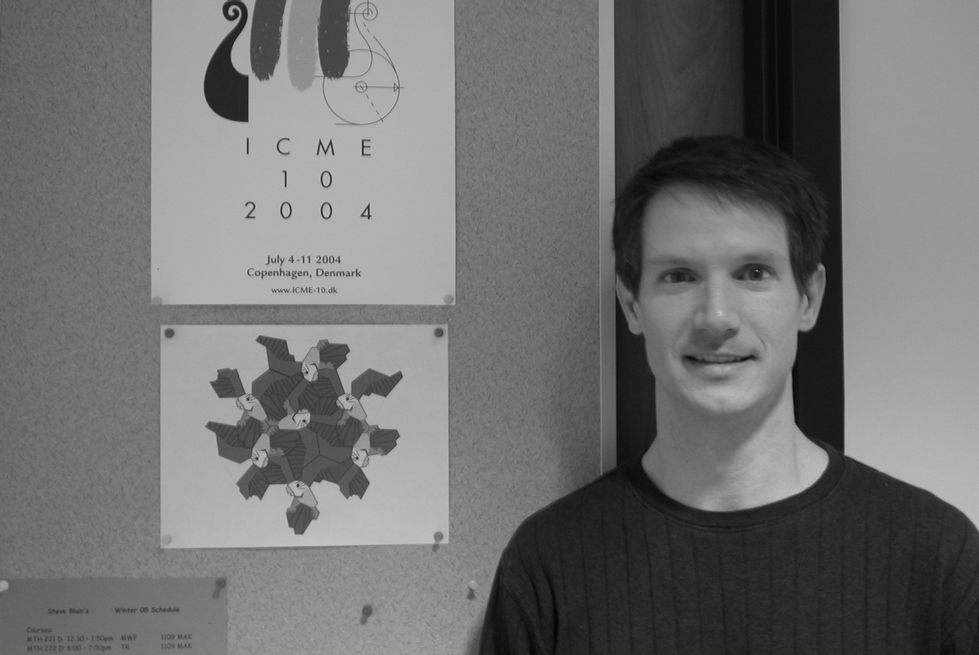 Steve Blair has returned to Michigan to take a position as an Assistant Professor in our department. After earning a bachelor’s degree from the University of Michigan at Flint and a master’s from the University of Michigan in Ann Arbor, Steve taught fourth and fifth grade mathematics in Nepal for two years as a member of the Peace Corps and later taught at the College of Micronesia. These teaching experiences provided him with an appreciation of the difficulties students have in learning mathematics and developed in him a strong interest in mathematics education. To pursue these interests further, Steve returned to school to study mathematics education at Portland State University in Portland, Oregon, where he earned his doctorate last year.

Steve’s professional focus is on the mathematical preparation of pre-service elementary teachers and the professional development of K-12 teachers. He is particularly interested in the teaching and learning of geometry along with broader issues of research in undergraduate mathematics education. Grand Valley appealed to Steve because of its focus on quality undergraduate instruction. He was also drawn to our department for the unique way that high-quality mathematics education faculty work within the mathematics department and the fact that mathematics education specialists and mathematicians have developed supportive and collaborative relationships. Steve says that he has received considerable help and encouragement from members of the department since his arrival and that this has helped him grow professionally in the short time that he has been here.

Manish Chakrabarti came to mathematics after earning a bachelor’s degree in computer science at the Birla Institute of Technology and Science in Rajasthan, India. After a brief stay at Purdue, where he earned a master’s degree in mathematics, Manish continued his graduate studies at the University of Wisconsin at Madison, where he earned a master’s degree in computer science and eventually his Ph.D. in mathematics. At Madison, he particularly appreciated his thesis supervisor’s encouragement to take a wide variety of courses, including computer science and mechanical engineering courses. After completing his graduate studies, instead of pursuing the traditional academic path, Manish spent the next six years working in a corporate environment as a software developer for various startups and a consultant for companies such as Siemens Research in the area of database management systems. While Manish found this to be enjoyable work, he realized that he missed working with students and having the freedom to investigate problems of his own choosing and so decided to return to school to defend his Ph.D. thesis and then join academia. 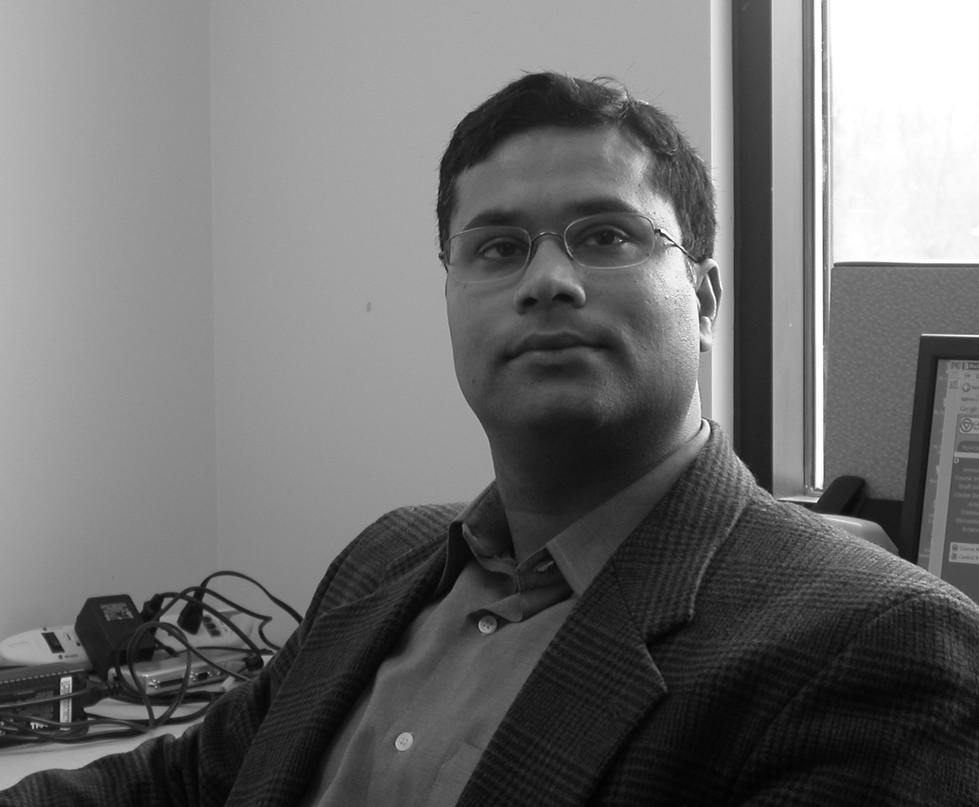 Within mathematics, Manish’s research interests are in Lie algebras and quantum groups. However, he is also interested in interdisciplinary work that uses mathematics in a significant way, such as database systems and data mining, bioinformatics, and image processing. Along with its focus on undergraduate teaching and research, Grand Valley’s encouragement of such interdisciplinary research persuaded Manish to pursue his passion for teaching and collaborative work as an Assistant Professor in our department. Manish cites his father, who is also a mathematics professor, as an inspiration, helping him to experience the joys of mathematics, learning and teaching. 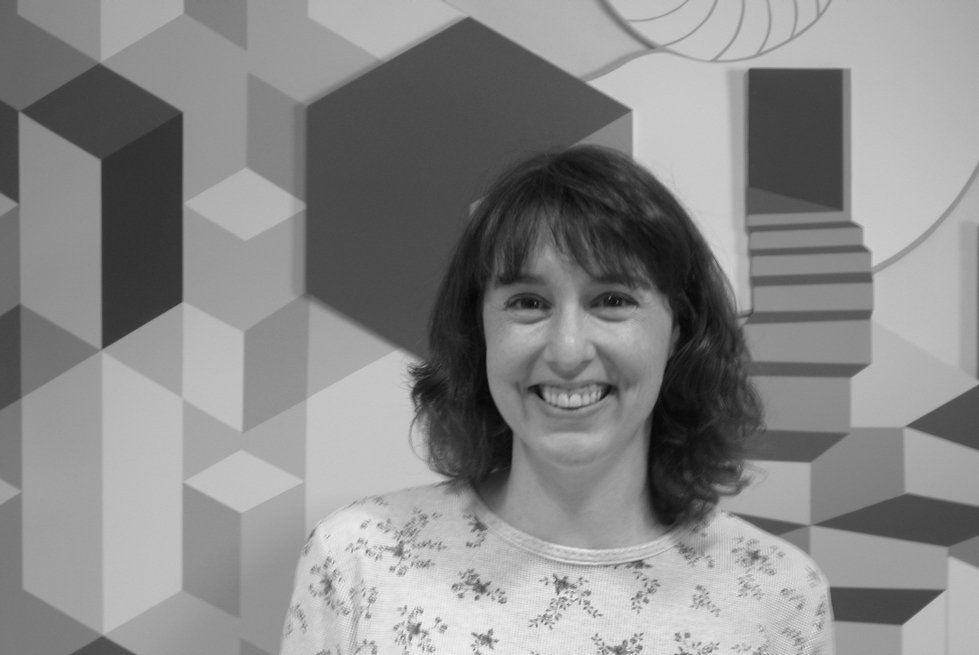 Shelly Smith earned her bachelor’s degree at Portland State, which she left just before Steve Blair arrived, and her doctoral degree from Arizona State University. Shelly’s mathematical interests are in a relatively new area of mathematics known as A-theory. In this subject, concepts are taken from algebraic topology, a field that uses algebra to study continuity and its properties, and applied in a discrete setting to yield insights into the properties of objects such as graphs and simplicial complexes. Shelly was led to trade sunny Arizona for an Assistant Professorship in our department and Allendale’s whiter winters since she wanted to work in a department that made teaching a clear priority and that supported a diverse range of professional activities in its faculty. Shelly says that the most important thing that helped her make the transition to Grand Valley was buying a good winter coat and that she is beginning to feel at home here now that she has finally gotten the clutter in her office under control.

After earning bachelor’s and master’s degrees from the University of Madras, Sailakshmi Srinivasan taught applied math for engineering students in India for several years. When her husband’s career as a software consultant brought her family to Grand Rapids after stops in Minneapolis and Philadelphia, Sai took a position as an Affiliate faculty in our department this year teaching courses such as Math 110, 122, 123 and 201. Sai enjoys teaching at Grand Valley though it has been a challenge to make the transition to teaching in a different country. For example, working with classes in which students’ abilities vary widely is a new experience for her. Besides her teaching duties here, Sai enjoys coaching talented students for competitive exams such as the Continental Math League, the Michigan Math League, and the SAT. In fact, Sai’s daughter, at the age of ten, recently won a first prize trophy in the Michigan Math League and scored a remarkable 610 out of 800 on the mathematics portion of the SAT. 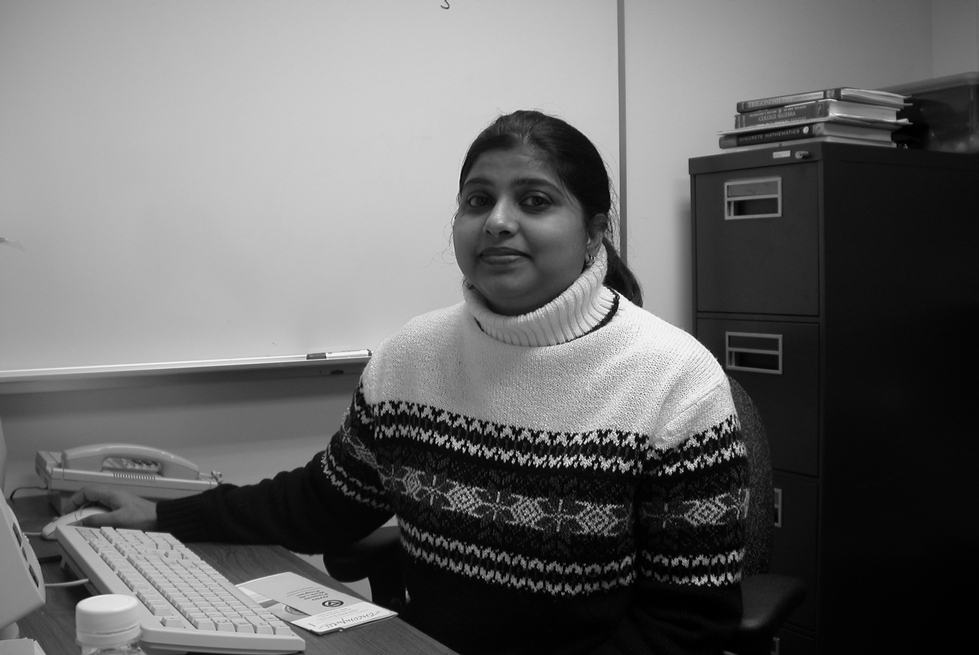 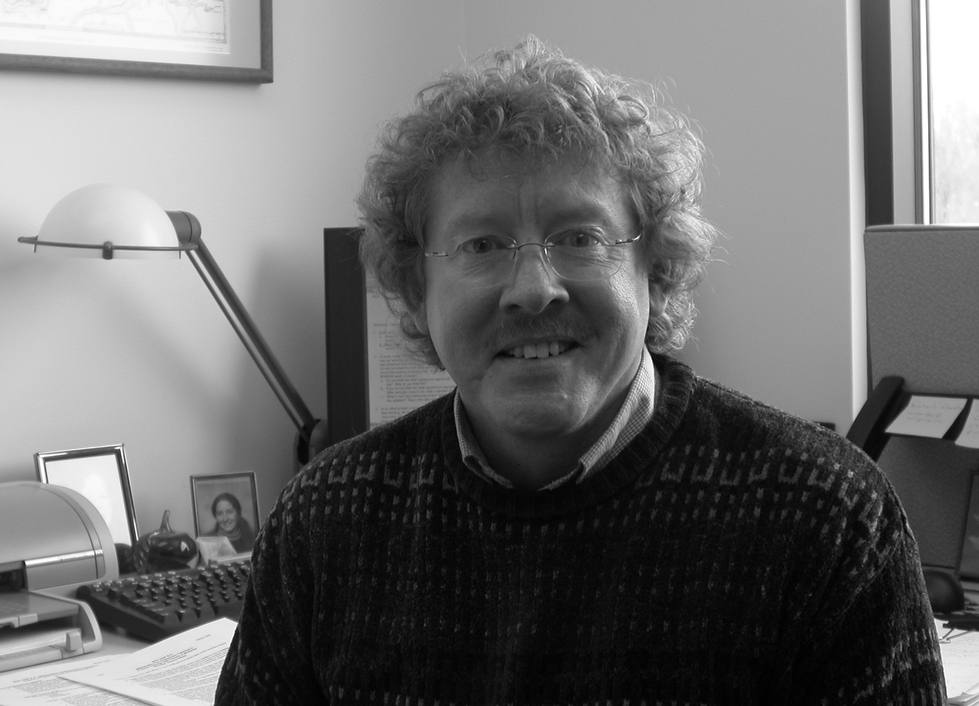 A new Associate Professor in our department, Matt Wyneken earned his bachelor’s degree from Wabash College and his doctorate from the University of Michigan. When he then began a position at the University of Michigan at Flint, Matt says that he taught primarily as he learned: “teaching as telling.” A few years later, however, when he and a few colleagues began experimenting with cooperative learning, he knew that he could never return to the traditional lecture method.

Matt experienced what he calls “a gradual, fascinating, professional and personal life-changing experience” when working on a federal grant to improve the math and science courses for elementary education students at Flint. Through this work, he developed a close working relationship with a mathematics education faculty member and moved to a much more student centered approach to teaching. The success he found is illustrated by the fact that students stopped asking the question, “Why do I have to know this?,” in his mathematics content courses.

Through meetings, such as those sponsored by the Michigan MAA, Matt became acquainted with faculty in the mathematics department at Grand Valley and familiar with their work and values. When he learned that this department rewards its faculty for work on projects such as Enhancing the Core, Matt knew that he would like to be in our department.

Matt’s current interests in the mathematical preparation of elementary teachers are taking most of his time now. He is also interested, however, in number theory, orthogonal polynomials associated with general measures, the mathematics of social choice, mathematics for business decisions, organizational learning theory, especially as it relates to education, and physics.

On making the transition to Grand Valley, Matt reports, “The support here has been tremendous. At the last department meeting, Nancy Mack said that this department has a sense of community unlike anything she has experienced at her prior institutions. It is special here.”