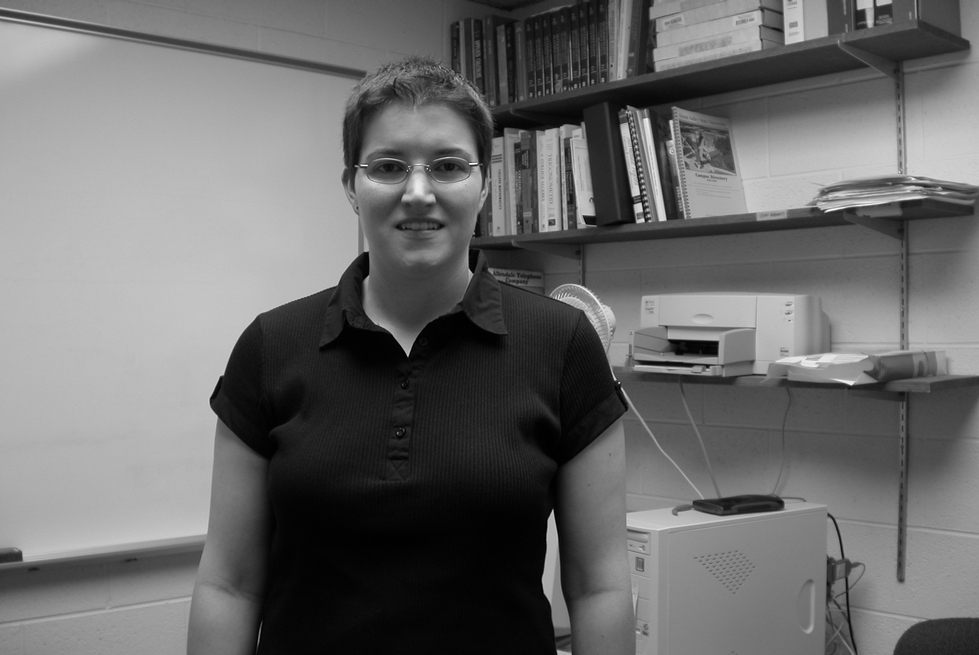 Originally from Hancock, Michigan, in the Upper Peninsula, Amy Stone completed her bachelor’s degree at Michigan Tech and attended graduate school at Western Michigan University. When offered a graduate fellowship that required no teaching, Amy declined it since she wanted teaching always to be an important part of her professional life. After finishing her degree at Western in 1999, she came to Grand Valley where she is currently an affiliate faculty member. In contrast to her experiences at Tech and Western, where she describes the faculty as being primarily focused on research, Grand Valley attracted Amy with its belief that “undergraduates are important here.”

Since joining the faculty, Amy has taught a wide variety of courses, from the remedial course Math 097 to the graduate level Math 645. She describes Math 201, the first course in the calculus sequence, as her “favorite class by far” since most of her students have not seen the material before in high school and the course contains the first really new ideas students see in college level mathematics. Also, she finds the students to be more keenly interested since it is often the first course they are taking in their major.

Amy likes to take advantage of this interest by creating engaging questions and interesting applications. For instance, the portfolio problems she creates allow students to investigate applications in considerably more depth. A recent portfolio featured an optimization problem whose main character was circumnavigating the globe in a lawn chair suspended by Hefty bags filled with helium. In Math 225, the introductory discrete mathematics course for computer science students, Amy introduces some ideas from logic using the classic scene “She’s a witch” from the film Monty Python and the Holy Grail. Students typically recite the lines along with the movie characters.

Outside of her professional life, Amy describes herself as a “huge movie fan,” preferring action and comedies to drama. She especially likes James Bond movies and gives Pierce Brosnan an enthusiastic review for his turn as the dashing spy. Lately, she is also investing more time in her creative writing.

Ed Aboufadel came to Grand Valley in 1995 after earning his bachelor’s degree from Michigan State University and Ph.D. from Rutgers. Ed chose Grand Valley since he wished to be part of an institution that is committed to and encourages excellent teaching and recognizes the value of the use of technology in teaching mathematics. Currently an Associate Professor, he sums up his position with this assessment: “I feel like I’m average here and that’s a good thing.” 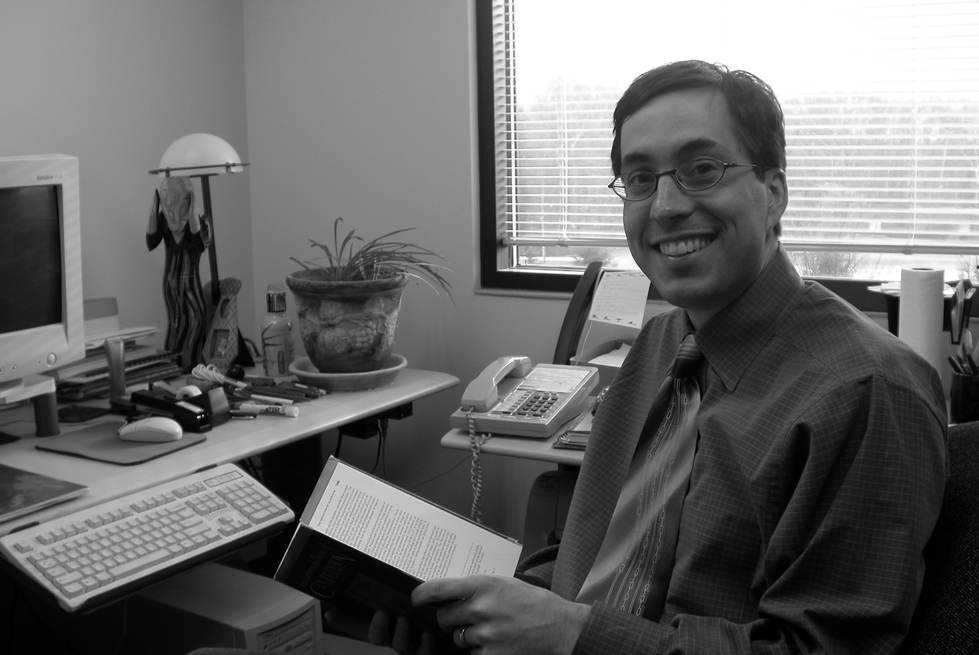 Ed especially enjoys teaching Math 203, the third course in the calculus sequence, for it is a course that benefits tremendously from the use of computers and the ability they give to visualize objects that are difficult to imagine otherwise. Another favorite course is Math 465, Automata and the Theory of Computation, because it is outside his area of expertise and thus challenges him to continually assimilate new ideas.

Learning new things is a challenge that Ed always finds particularly rewarding. While attending a conference in the early 90’s, Ed became interested in the new subject of wavelets after hearing a talk on the F.B.I.’s use of wavelets in fingerprint analysis. After working for two or three years to learn the subject, Ed began introducing them as a substantive topic in Math 327, Linear Algebra II. The next year, his colleague Steve Schlicker began using and expanding on the materials Ed had created. It soon became clear that they had the raw materials for a book. The result is their successful “Discovering Wavelets,” a text unique for its goal of introducing wavelets to an undergraduate audience.

During the past few summer REU programs, Ed has pursued his interest in wavelets with talented undergraduates from across the country. A recent idea of his is to use wavelets to break “captchas,” pictures of words that have been distorted so that they may be read by humans but not computer programs (see www.captcha.net). Many online services use captchas to prevent malicious programmers from creating programs that, say, create multiple email accounts from which to send spam. Of course, it is useful to understand the weaknesses of using captchas in this way so Ed’s group wrote a successful program, utilizing wavelets, that can read Holiday Inn’s captchas more than 80% of the time and gimpy-r, a benchmark set of captchas created at Carnegie Mellon, 43% of the time. This work illustrates Ed’s curiosity and his desire to find things in the world around us that have a mathematical explanation.