Through development of recent pipeline and financial aid programs, Grand Valley leaders have opened the university’s doors even wider to diverse students and, in turn, helped diversify West Michigan’s workforce.

B. Donta Truss, vice president for Enrollment Development and Educational Outreach, led establishments of these programs and said he drew largely from his own experience as a first-generation college student to create programs that make it easier for students to attend college. Truss earned three degrees, including a doctorate in educational leadership, policy and law, from Alabama State University, one of the country’s oldest Historically Black Colleges/Universities (HBCU).

“Whenever I enter the room, all of me enters the room: my experiences, my background as a student of color, my background of coming from a small area that didn’t have a lot of opportunities,” he said.

“When I’m in a room in a leadership role, it’s important for me to make sure that I’m advocating for voices that might not be heard.” 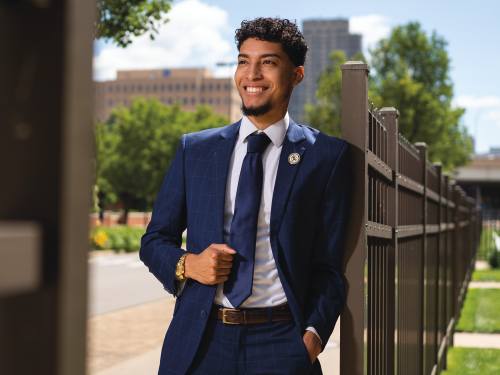 In April, Truss and Paul Plotkowski, dean of the Padnos College of Engineering and Computing, signed an agreement with leaders at Fort Valley State University, an HBCU in Georgia, that creates a pathway for FVSU students to earn a bachelor’s degree from FVSU combined with a master’s degree in engineering or computer science at GVSU in as little as five years.

The first FVSU student, Javier Guillen, arrived on Grand Valley’s campus in June. Guillen stretched the agreement a bit and will earn a master’s degree in cell and molecular biology. Guillen said his interest in the field piqued when he asked himself if a scientist could have done something to keep his grandfather, who had a failed kidney transplant, alive.

“My family went through these ups and downs with my grandfather’s health and then he passed. I asked myself, ‘On a molecular level, would there have been something a scientist could have done?’” Guillen said.

Guillen was one of 12 FVSU students to visit Grand Valley and Grand Rapids in early May. He had a headstart on his peers as Guillen began an email correspondence in the winter with faculty members in two different departments, trying to figure out which graduate program was the correct fit.

“The courses I have already taken fit right in with the CMB program and I’ll start the professional master’s program,” he said. “I’ll have an internship my last semester which will help position me to go into the workforce.”

During the two-day tour, Plotkowski said it was important to fit in stops at Grand Rapids businesses. “The interest from the community in this program is very important as it relates to talent recruitment and diversifying the talent pool in West Michigan,” he said. “Our partners explained to the students how they will be supported by the university and area businesses if they participate in the program.”

“Teams that bring together different experiences and perspectives are more creative, and the software they make is more useful to more people,” Hill said. “Everyone uses software; and the people who make it should reflect that.”

LuWanna Williams, director of FVSU’s Center for Student Engagement, said the FVSU students had honest conversations with Grand Valley students about the cultural climates in West Michigan and on campus.

“They will be moving from an HBCU to a predominantly white institution and it will look different for them, but it’s also going to look different when they get into their careers,” Williams said. 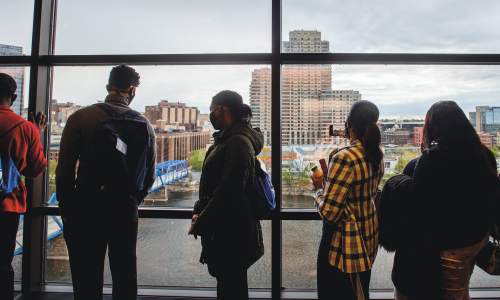 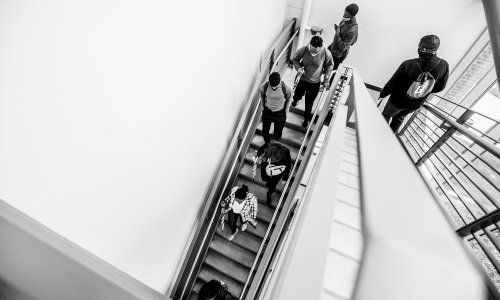 Omar Hall, vice president for sales at NN, Inc., met with FVSU students and relayed his experience at an HBCU before transferring to the University of Michigan. “My experience transferring into U-M was very intimidating as I went from a relatively small student population to a very large one,” Hall said. “I would not have survived if it weren’t for the resources U-M provided, which were instrumental to me being able to navigate the transition.”

Guillen understands what it’s like to be away from FVSU. He participated in the Cooperative Developmental Energy Program, a dual enrollment program, and spent two summers at the University of Texas at Austin, working as a research assistant on a project that measures moisture in soil. He said his work saved a small farm $3,000 because the sensors detected soil that was overwatered. 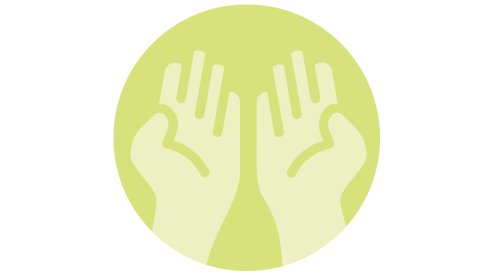 Location: From one of these six Michigan counties: Calhoun, Grand Traverse, Kent, Muskegon, Ottawa and Wayne.

President Philomena V. Mantella said the Grand Valley Pledge, a tuition-free program introduced in February, will help create opportunities and advance equity in the communities in which the university has a presence.

Through June, more than 600 students have been admitted through the Pledge program. Truss said the program aligns with the university’s strategic enrollment management plan.

“GVSU educates learners to shape their lives, and the Grand Valley Pledge ensures that many of these learners will not be left out,” Truss said. “This is a great start to eliminating equity gaps at GVSU. By removing financial barriers to college, deserving students can enroll and be ready to start their path to a degree.” 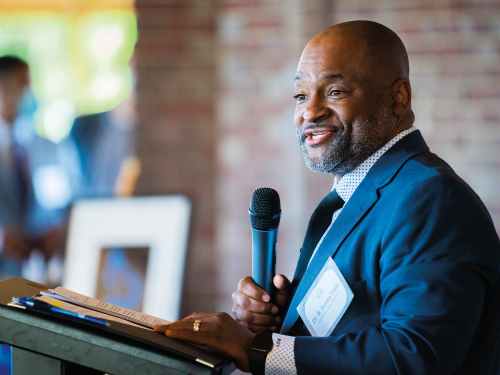 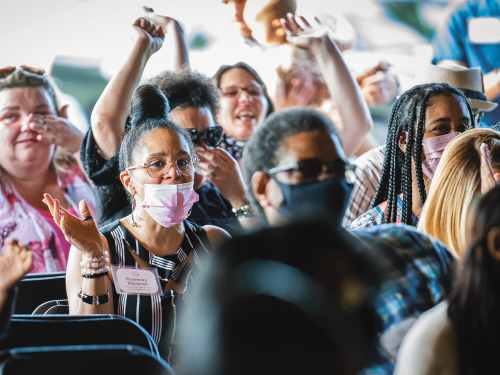 B. Donta Truss, vice president for Enrollment Development and Educational Outreach, makes an announcement about a pathway scholarship to GVSU at the Detroit Achievement Academy eighth-grade promotion ceremony, much to the delight of audience members. (Valerie Hendrickson)

Eighth graders at the Detroit Achievement Academy celebrated their promotion from the K-8 charter school with news that they qualify for a new pilot program at Grand Valley designed to encourage college enrollment and assist with their success upon admission.

Truss made the surprise announcement at DAA’s promotion ceremony on Belle Isle June 3. The school, which opened in 2013, is authorized by Grand Valley.

The Detroit Achievement Academy Pathway to GVSU is a pipeline program that will grant automatic admission to GVSU for DAA students if they meet certain criteria. Students must graduate from a Wayne County high school with 2.8 GPA to qualify, and they must complete college-preparedness workshops offered by GVSU.

An agreement with another charter school, Detroit Edison Public School Academy, was announced in mid-June. DEPSA students who attend New Paradigm High School will be offered admission to Grand Valley if they meet certain requirements.

Truss told DAA students they can attend any college they please, but stressed Grand Valley would be “an amazing opportunity” as students would be successful because of the resources and support they would receive.

The resources begin even before DAA or DEPSA students reach campus. Tutoring, mentorship and financial aid counseling will be available to students as they progress through Detroit high schools.

Mantella said: “Pledges and promises are not enough to close the gaps in pathways to college for students from diverse backgrounds. We want this pilot to be a model for the future of college admissions, with Grand Valley leading the way.” 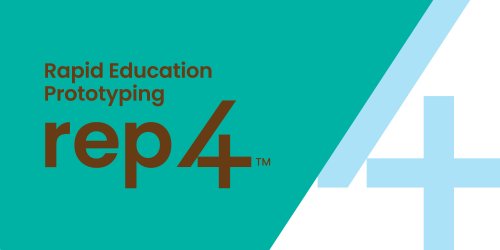 REP4, which stands for Rapid Education Prototyping, puts the power of establishing equitable systems for public higher education in the hands of learners. The movement has attracted interest from 54 countries and every state. Nearly 1,400 voters cast more than 8,200 votes for the proposals seen during the national convening.

"What we have become is a learning lab for the future, a place where thousands of ideas shaped by diverse students come to life through their lived experience," said President Philomena V. Mantella said during the event. 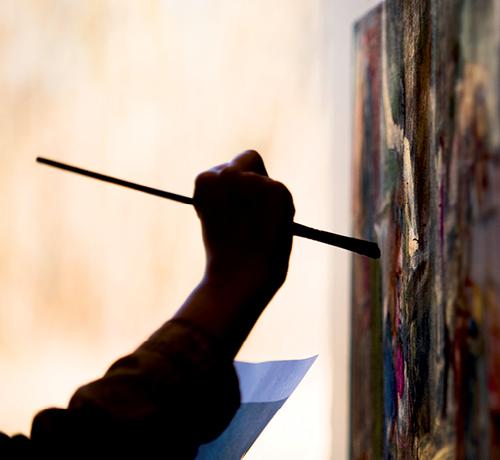 An outdoor space at Calder Art Center became a muse and welcome place to gather for pandemic-weary students and their instructor. 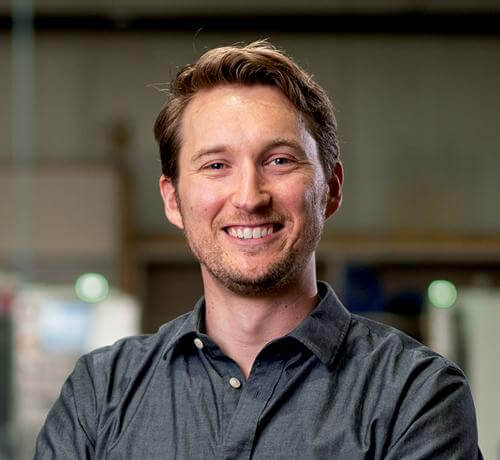 A veteran entrepreneurship program offers a trusting atmosphere for vets to succeed.