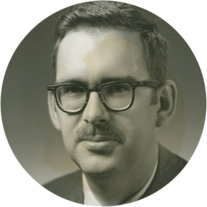 The English Department mourns the passing of Professor Emeritus Walter Foote. Professor Emeritus Foote joined the English department faculty in 1968. He proposed the GVSU Writing Center in 1979 and served as Director of Writing for many years. Dr. Foote traveled extensively in Latin America and especially Chile, where he spent a sabbatical in 1991. In 1993, he co-founded the Latin American Studies minor and served as the first coordinator of the program from 1993 to 1995. Dr. Foote was particularly interested in poetry, music and film, and team-taught a popular Latin American film course as part of his teaching in the minor. As coordinator, he helped organize GVSU’s first Latin American Studies conferences as well as many other lectures, musical events and cultural programs. He retired from GVSU in 1997 and died peacefully at Hospice House in Traverse City Michigan on August 25, 2021


Page last modified September 8, 2021
Report a problem with this page