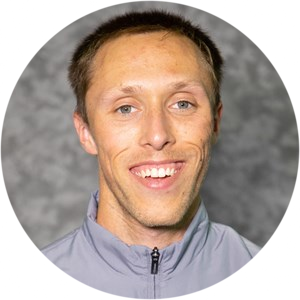 In catching up with campus news, Professor Brian White recently noted that one of his students, Andrew Hylen, was highlighted in an article touting the recent Division II National Champion status of the GVSU men's Cross Country team. When asked about Andrew, Professor White shared the following: "Andrew has been my student before, and I knew he was a runner, but he's never said anything about how much success he's had. Even now, after the national championship and the All-American status, I would never have known had I not seen the announcement in a university publication. He's humble. And he's hard-working--balancing all that running with his coursework and now with his teaching can't have been easy."

Checking in with Andrew, he shared that he's had a full, but very fulfilling semester. "I knew going into this fall semester, doing my teacher apprenticeship for English Education major would be a lot of work. Also being a member of the GVSU Cross Country team is a part-time job by itself. Being in a 6th grade ELA classroom in the morning, having classes in the afternoon and evening, and running in the between each afternoon kept me on my toes. Now that cross country season is over and the semester is winding down, I can look back and be glad for all the hours I put into learning, teaching, and running because of where it has taken me."


Page last modified December 8, 2021
Report a problem with this page