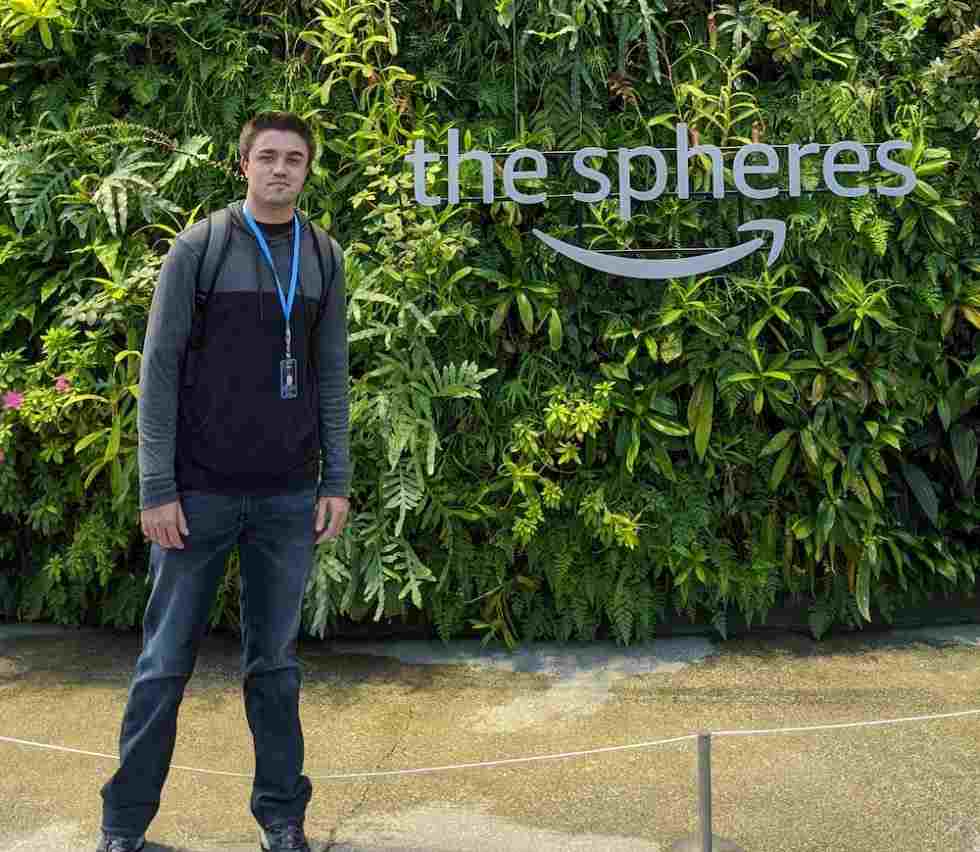 Thomas Rudd (BS in IS) has had an interesting and exciting career since he graduated from GVSU in 2017. Upon graduation, Tom joined the Ford Motor Company in Dearborn Michigan. At Ford, Tom worked for 18 months on a “Storage as a Service” project that focused on moving away from provisioning data storage for customers manually to having customers self provision their storage via a self service portal. The “customers” in this case were any of Ford’s 200k+ employees worldwide. Some of the ground breaking work Tom’s team did in this area was recently presented at NetApp Insight in Las Vegas. A personal highpoint in Tom’s time in this position was the opportunity to give a demo to Ford’s Chief Information Officer!

Next, Tom transitioned to Ford’s Cyber Security Engineering team where he spent 10 months working on Ford’s Security Information & Event Management system. His job was to work with other IT teams to aggregate their data into this system, so security analysts could set up security alerts on their data.

Most recently, Tom has moved to Seattle, WA where he has become a Cloud Support Engineer in Amazon’s Intelligence Initiative program. As the position involves working for US Government customers, Tom is currently going through the security clearance process. He’s also in the middle of a multi-month training program learning Amazon Web Services technologies.

With regard to the time Tom spent as an IS student at GVSU’s School of Computing and Information Systems, Tom indicated his courses in distributed computing, WLAN networking, and hardware/software were immensely important in helping him learn IT fundamentals. He also indicated that small class sizes at GVSU were very beneficial to his learning experience, as well as ample opportunity to spend time one-on-one with his professors. He also cited extra-curricular activities, such as the time he attended AITP with Dr. Reynolds in St Louis and traveling to Ball State University with Prof Lange to compete in the CS case competition. He felt these kinds of activities, along with the excellent course experience were very helpful in preparing him for a successful industry career.

In terms of advice to current SCIS students, Tom strongly recommends students aim high and be tenacious in pursuing their dreams. “Every internship and job I’ve had, I never thought I had a chance to get it when I initially applied”, Tom says. He emphasized that students should not let the fear of failing or not getting an interview inhibit them from pursuing their dream job. “People always congratulate you on your successes but they never ask how much failure you have to go through in order to get there!”


Page last modified February 11, 2020
Report a problem with this page