From Film Classes to DreamWorks; Advice from a GVSU Computing Alum on Following Your Dreams 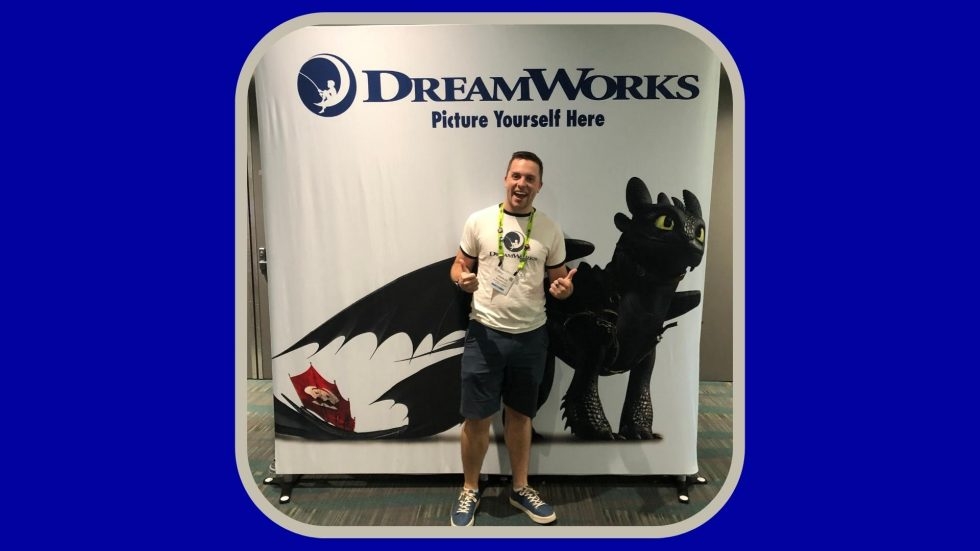 Charles Billingsley graduated from Grand Valley State University in 2019 with two degrees. One in Computer Science and one in Film & Video Production. He now works for DreamWorks Animation as a Technical Director on various movies such as the recently released The Boss Baby: Family Business and the soon to be released Puss and Boots: The Last Wish.

Charles began his academic career at GVSU, with exclusively the Computer Science major. After finding that he was able to manage his current workload well, he decided to pursue a second degree in Film and Video Production. While looking for ways to combine the two programs, Charles found the perfect balance in animation. He was part of the first wave of students to take the newly revamped animation courses at GVSU and went on to help develop them further as a volunteer TA.

When asked about other courses he found helpful in his pursuit of animation technology, he noted that the School of Computing’s Computer Graphics course was extremely beneficial. He also expressed that he regrets not having taken linear algebra as it’s something he uses often in his work. However, having taken the advanced calculus courses required for the Computer Science major, he had a solid foundation to learn these skills on his own. On the Film & Video side, 3D Computer Animation and New Media I/II were the classes that he found most applicable to his current profession. The skills gained through these courses formed essential building blocks that allowed him to build a career in animation technology.

Charles suggests that current students pursue their specific passions with independent projects and research outside of the classroom. He encourages students to use their free time and summers off to grow their skills in their area of interest and meet others who share similar interests. During his undergrad, Charles completed many personal projects and was continually adding to his portfolio. He also worked as a Student Volunteer at SIGGRAPH: a conference dedicated to Computer Graphics. This conference was an instrumental step in Charles’s journey. He was able to build strong connections with other students that have a passion for computer animation and networked with many industry professionals. It was at this conference that Charles was able to meet a contact at DreamWorks who helped to mentor him and get his resume and portfolio seen. After this conference, Charles was interviewed and hired as DreamWorks’s first modern Technical Director Intern. Upon graduation, he interviewed and was hired as a full time Department Technical Director.

At DreamWorks, Charles works with a team dedicated to “crowds.” This means he works on scenes with large groups of people, heavy traffic, flocks of dragons and other wild things, etc. He creates, fixes, and maintains tools and pipelines that allow the animators and artists to complete their work. His most prominent software development so far was his work on a system that allows characters to have multiple limbs. This animation technique is used heavily in 2D animation and can be seen in shows such as Looney Tunes but is a newer development in 3D animation. Charles’s work on the tool has been published in the ACM Digital Library under the title “A.C.M.E Multilimb System” and can be found here.

Charles notes that his job allows him to fully use his programming knowledge, while still getting to express his creativity. He said that there are many places for him to grow within the company and many opportunities to learn and practice new skills. He recommends that Computer Science students explore how they too can combine their computing degrees with their passions, as the opportunities are endless.


Page last modified November 16, 2021
Report a problem with this page