The Grand Valley Writers Series has a long history of bringing distinguished and emerging writers to campus to read from their work, visit classes, and interact with students across GVSU's campus. In past years, the Grand Valley Writers Series has been proud to host a dynamic and diverse range of writers on campus including Traci Brimhall, Jericho Brown, Peter Ho Davies, Tarfia Faizullah, Jamaal May, Roxane Gay, Claire Vaye Watkins, Derek Palacio, Maggie Smith, Amina Gautier, Dinty W. Moore, Claudia Rankine, David Shields, Vievee Francis, Matthew Olzmann, and many others.

Friday, September 24
Fiction Reading and Q&A with Deesha Philyaw
12:00 p.m. - 1:30 p.m. via Zoom
(Contact the Department of Writing for the Zoom link)

DEESHA PHILYAW’s debut short story collection, The Secret Lives of Church Ladies, won the 2021 PEN/Faulkner Award for Fiction, the 2020/2021 Story Prize, and the 2020 LA Times Book Prize: The Art Seidenbaum Award for First Fiction and was a finalist for the 2020 National Book Award for Fiction. The Secret Lives of Church Ladies focuses on Black women, sex, and the Black church, and is being adapted for television by HBO Max with Tessa Thompson executive producing. Deesha is also the co-author of Co-Parenting 101: Helping Your Kids Thrive in Two Households After Divorce, written in collaboration with her ex-husband. Her work has been listed as Notable in the Best American Essays series, and her writing on race, parenting, gender, and culture has appeared in The New York Times, The Washington Post, McSweeney’s, The Rumpus, Brevity, dead housekeeping, Apogee Journal, Catapult, Harvard Review, ESPN’s The Undefeated, The Baltimore Review, TueNight, Ebony and Bitch magazines, and various anthologies. Deesha is also a Kimbilio Fiction Fellow and will be the 2022-2023 John and Renée Grisham Writer-in-Residence at the University of Mississippi. 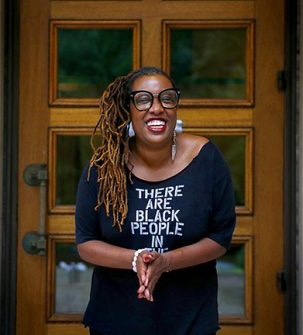 SEJAL SHAH is the author of the award-winning debut memoir in essays, This Is One Way to Dance (University of Georgia Press, 2020). Her essay collection reflects on culture, family, language, and place. Her stories and essays have appeared widely in print and online—including Brevity, Guernica, Conjunctions, the Kenyon Review Online, and Longreads.

She is the recipient of a 2018 New York Foundation for the Arts (NYFA) Fellowship in Fiction and residencies or fellowships from Blue Mountain Center, the Kenyon Review Writers’ Workshop, Kundiman, and The Millay Colony. She received her BA in English from Wellesley College and her MFA in fiction from the University of Massachusetts at Amherst.

Sejal recently completed a story collection and is at work on a memoir about mental health and academia.  She teaches creative writing in community-based workshops and privately. The daughter of Gujarati parents who immigrated to the United States from India and Kenya, Sejal lives in her hometown of Rochester, New York. 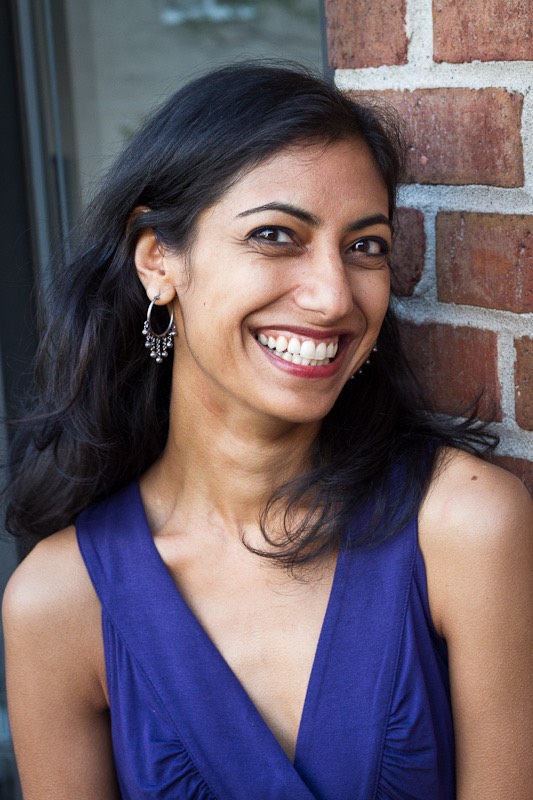 NANDI COMER is the author of American Family: A Syndrome (Finishing Line Press) and Tapping Out (Northwestern University Press), which was awarded the 2020 Society of Midland Authors Award and the 2020 Julie Suk Award. She is a Cave Canem Fellow, a Callaloo Fellow, and a Kresge Arts in Detroit Fellow. Her poems have appeared in Crab Orchard Review, Green Mountains Review, The Offing and Southern Indiana Review. She serves as an assistant poetry editor for Four Way Review and as a poetry editor for Obsidian Literature and Arts in the African Diaspora. She currently serves as the Director of the Allied Media Projects Seeds Program.

SUMITA CHAKRABORTY is a poet, essayist, and scholar. Her acclaimed debut collection of poetry, Arrow (Alice James Books, 2020) was praised in the New York Times as an “allusive and witty debut.” Her first scholarly book, tentatively titled Grave Dangers: Death, Ethics, and Poetics in the Anthropocene, is in progress. Her poetry appears or is forthcoming in POETRY, The American Poetry Review, Best American Poetry 2019, and elsewhere. Her essays most recently appear in the Los Angeles Review of Books. Her scholarship appears or is forthcoming in Cultural Critique, Interdisciplinary Studies in Literature and the Environment (ISLE), Modernism/modernity, College Literature, and elsewhere. 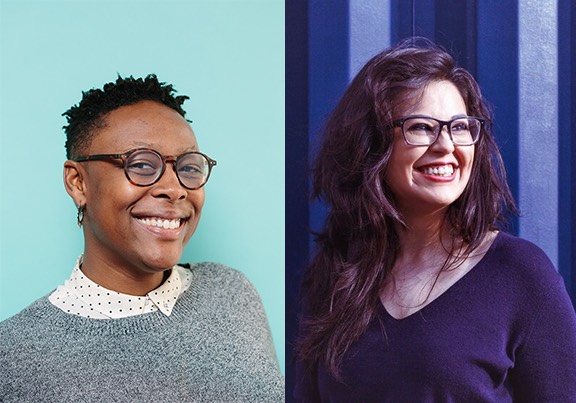 (Contact the Department of Writing for the Zoom link)

OINDRILA MUKHERJEE Oindrila Mukherjee grew up in India. She writes fiction and nonfiction. Her work has appeared in Ecotone, Kenyon Review Online, The Colorado Review, Salon, The Oxford Anthology of Bengali Literature and elsewhere. She is a contributing editor for Aster(ix), a literary and arts magazine committed to social justice, and co-edited its 2016 edition on borders called Atravesando. Her short stories have been nominated for The Pushcart Prize and Best American Short Stories.

CHUCK CARLISE is the author of the poetry collection, In One Version of the Story (New Issues Press 2016), as well as the chapbooks, A Broken Escalator Still Isn’t the Stairs (winner of the Concrete Wolf Poetry Series 2011) and Casual Insomniac (Bateau, winner of the Boom Chapbook Prize 2011). His poems and essays appear in numerous journals and anthologies, including Best New Poets in both 2012 and 2014. He is currently Visiting Assistant Professor of Creative Writing at Grand Valley State University, and lives in Grand Rapids, Michigan.

BRANDON RUSHTON is the author of The Air in the Air Behind It (Tupelo Press, forthcoming 2022), selected by Bin Ramke for the 2020 Berkshire Prize. He was born and raised in Michigan. A finalist for the National Poetry Series and the American Poetry Review / Honickman Book Prize, his individual poems have received awards from Gulf Coast and Ninth Letter and appear in publications like The Southern Review, Denver Quarterly, Pleiades, Bennington Review, and Passages North. His essays appear in Alaska Quarterly Review and the critical anthology, A Field Guide to the Poetry of Theodore Roethke (Ohio University Press, 2020). He co-founded the non-profit poetry outfit Oxidant | Engine and, after earning his MFA from the University of South Carolina, joined the writing faculty at the College of Charleston. In the fall of 2020, he began as a Visiting Professor of Writing at Grand Valley State University in Grand Rapids, Michigan.

SARAH EINSTEIN is the author of Mot: A Memoir (University of Georgia Press 2015), Remnants of Passion (Shebooks 2014), and Tripart Heart (Sundress 2018). Her essays and short stories have appeared in The Sun, Ninth Letter, PANK and other journals. Her work has been awarded a Pushcart Prize, a Best of the Net, and the AWP Prize in Creative Nonfiction.   She teaches creative writing at UT Chattanooga and is the founding editor of Signal Mountain Review. She lives with her partner, Dominik, and a three legged chihuahua/pug mix named Schnitzel. She is currently at work on a new essay colleciton, tentatively titled Self Portrait in Apologies. 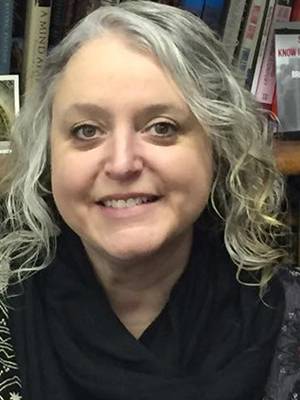 TOMMY DEAN is the author of two flash fiction chapbooks Special Like the People on TV (Redbird Chapbooks, 2014) and Covenants (ELJ Editions, 2021). He lives in Indiana with his wife and two children. He is the Editor at Fractured Lit and Uncharted Magazine. A graduate of the Queens University of Charlotte MFA program, he is currently working on a novel. A recipient of the 2019 Lascaux Prize in Short Fiction, his writing can be found in Best Microfiction 2019 and 2020, Best Small Fiction 2019, Monkeybicycle, and the Atticus Review. He taught writing workshops for the Gotham Writers Workshop, the Barrelhouse Conversations and Connections conference, and The Lafayette Writer’s Workshop. Find him at tommydeanwriter.com and on Twitter @TommyDeanWriter. 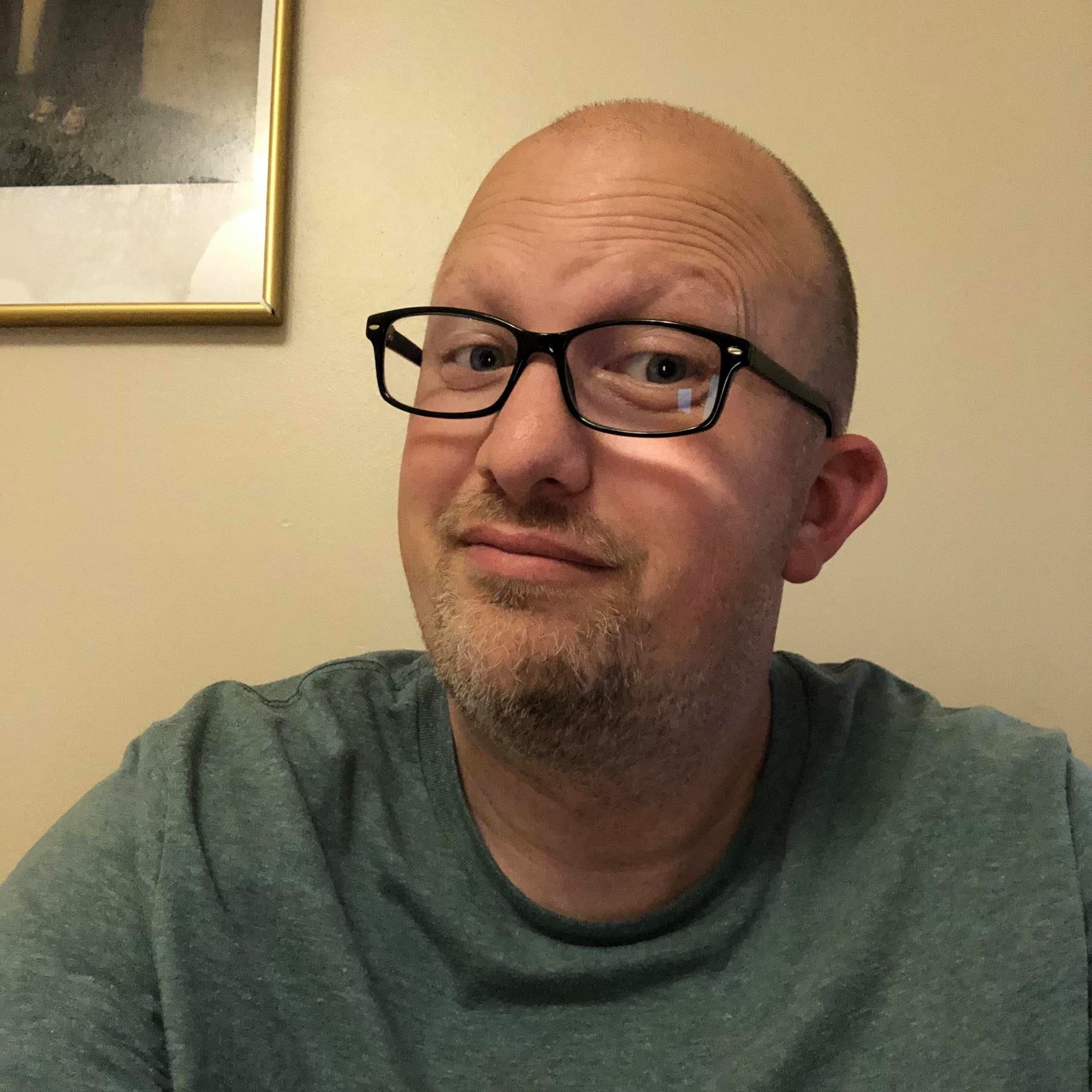 
Page last modified January 14, 2022
Report a problem with this page