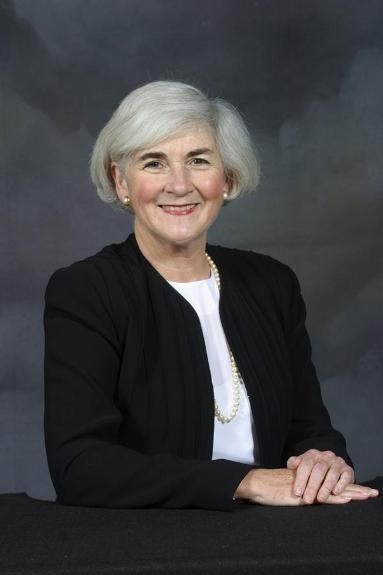 Jean Enright exemplifies how an intelligent and gifted woman can make significant change happen. She has been devoted to education and service her whole life. She personifies what a mentor is—a wise counselor and teacher. Providing a scholarship in her name secures her legacy for generations of students at Grand Valley State University.

Long before she came to GVSU, Enright was a widely respected educator and member of the Grand Rapids community. Like so many women, she understood that education could change lives. From her time as a classroom teacher, through her rise in administration, and finally to the university, she never lost sight of the principle that education is the key to personal growth and societal change.

Jean Enright’s continuous generosity of her time and talents is remarkable. She guides others to envision their dreams and then mentors them to success, offering advice and championing causes. She readily gives credit to others yet eschews it for herself. Her unassuming spirit in all of these activities provides an important model for anyone who works with her.

Enright has made significant community contributions through her service and board membership. Among the organizations that have benefited are the Michigan Women’s Foundation, Planned Parenthood, the West Michigan Academy of Music for Girls, the YWCA, and the American Red Cross. In addition, she served the community widely as chair and co-chair of the GVSU United Way Campaign for seventeen years. During that time, she helped raise almost 2 million dollars for a variety of local nonprofit agencies.

In many circles Jean Enright has been recognized – formally and informally – as a woman who has made a difference by modeling leadership success. For these contributions, she has earned overwhelming public support.  She was the recipient of the YWCA’s Tribute Award (2000), the keynote speaker for the Women’s Resource Center Women of E-Quality Award Ceremony (2004), and named by the Michigan Women’s Foundation as one of the top five Michigan “Women of Achievement and Courage (2008). Recently, she was named the 2012 recipient of the “Giving Girls a Voice Achievement Award” from the Girls Choral Academy, and credited as “one of Grand Rapids’ greatest treasures.”

All recipients of the Jean Enright Scholarship will reflect her commitment to education and her spirit of community service.

“Don’t judge each day by the harvest you reap, but by the seeds you plant.” -Robert Louis Stevenson


Page last modified January 18, 2022
Report a problem with this page