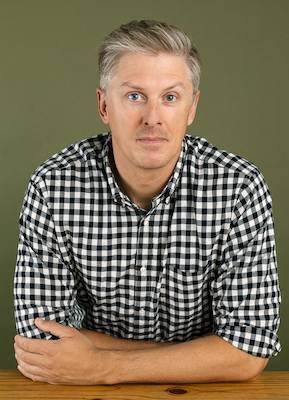 Eric's scholarship and reporting focus on the intersections of music technology, discourse, and commerce. His first book, Who Got the Camera? A History of Rap and Reality, will be published by the University of Texas Press in October, 2021.

Eric has written and reported for The New Yorker ,  Rolling Stone , The Atlantic , The New Republic ,  The LA Review of Books , Buzzfeed , MTV.com , and The Village Voice among many other publications, and has served as a commentator on music and technology for NPR’s All Things Considered and other programs. In May 2018, Eric gave the keynote address at Ebbing Sounds, an international, inter­disci­plinary sym­po­sium inves­ti­gating new ways of music pro­duction, music listen­ing, and music cri­tique.

Eric is the Managing Editor of the Journal of Popular Music Studies. He has published research in the peer-reviewed scholarly journals Black Camera  (2017), The International Journal of Cultural Studies (2015), and Convergence (2013), contributed a chapter to the edited volume Managing Media Work (Sage, 2010), and has recently co-edited a special issue of Cultural Industries Journal  (2016) on technologies and recording industries.

Page last modified May 11, 2020
Report a problem with this page