The GVSU Early Music Ensemble began its activities in the Fall of 2003 under the direction of Associate Professor Pablo Mahave-Veglia. The group is dedicated to the performance of pre-classical repertoire utilizing period instruments, or faithful modern replicas, as well as historically informed performance practice. 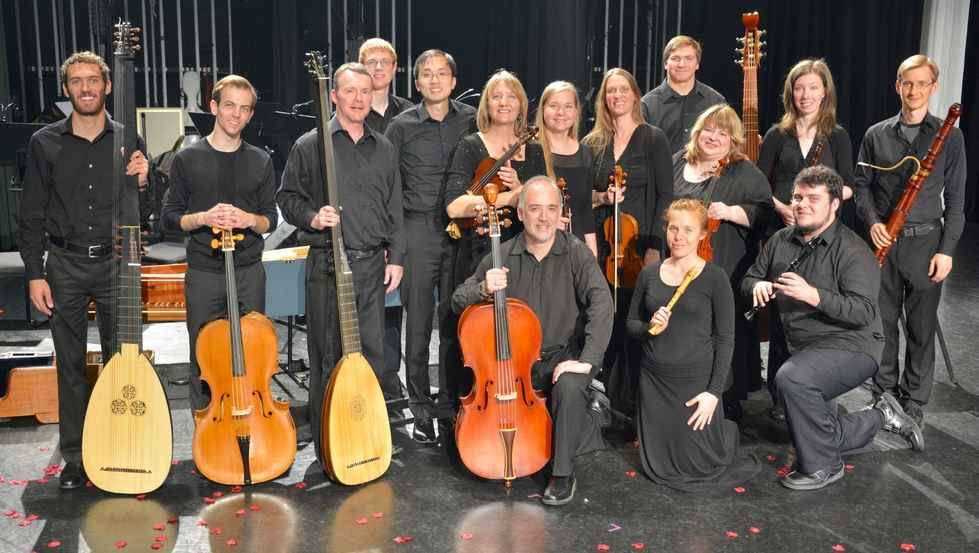 Since then it has appeared periodically in concerts at GVSU and featured such renowned guest artists as fortepianist Seth Carlin and Shin Hwang, baroque violinists Patricia Ahern and Christopher Varrette, baroque trumpeters Anna Freeman and Norman Engel, gambist Emily Walhout, oboists John Abberger and Lani Spahr, and flutist Anita Miller Rieder, among many others. The ensemble was featured onstage (fully costumed, at that!) during the GVSU production of Hamlet, as well as having provided the music for the two-man Chicago-based Opera Company Comic Intermezzo. In April of 2009 the group was featured during the Grand Rapids Bach Festival, where it performed along with GVSU faculty and guest artists the Complete Brandenburg Concerti by JS Bach. In the Spring of 2010 the group performed Beethoven’s First Symphony as part of the Arts at Noon Series. The EME has also collaborated with the GVSU Opera Theatre and several other local organizations for their sold out performances of Purcell’s Dido and Aeneas in the Fall of 2015.

The GVSU EME has performed at the Feeding the Soul of the City Series in Muskegon and at the Herrick Public Library in Holland. Twice the group has been awarded travel grants from the GVSU Teaching Center to travel (to Toronto and Chicago) and attend lectures and performances on the topic of baroque music. During their recent trip to Indiana the GVSU EME performed a concert at the University of Evansville, and later travel to Bloomington, where they were coached by renowned Indiana University Professor Stanley Ritchie.