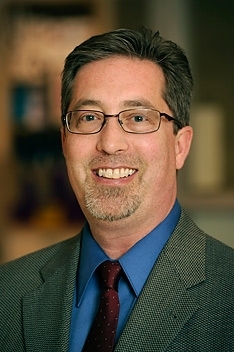 Professor Lingenfelter specializes in early 20th century Russian history and teaches courses in world, European, and American history.  Recent books include Russia in the 21st Century (2012) and The Modern West: Issues and Perspectives (2018).  His current project, a study in international relations, is the story of the Soviet sale of the world's oldest Bible to the British Museum in 1933, tentatively entitled "Stalin's Bible: An Ancient Treasure's Journey through a Revolutionary Age."

Originally from Oklahoma, Lingenfelter attended graduate school in Chicago and, before coming to GVSU, taught a variety of history and humanities courses at several institutions in the Chicago area and West Michigan.  His teaching philosophy is rooted in the belief that students learn best as an eyewitness to history, a conviction that grew out of his experience helping lead a study abroad program in Russia in the summer of 1991, at the time of the aborted coup that hastened the demise of the Soviet Union.

Outside the classroom, he and his wife Sarah enjoy music and classic film.


Page last modified July 19, 2022
Report a problem with this page