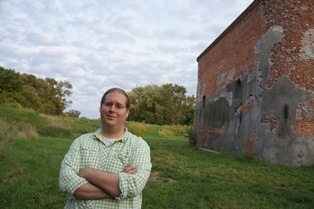 Patrick's research focuses on the development of the Old Northwest Territory in the years preceding the Civil War. He is currently working on a manuscript entitled Boomtown: The Rise and Fall of Galena, Illinois, 1820-1870, which examines the growth of an Upper Mississippi Valley city and its subsequent decline as early benefits became comparative liabilities. He has begun work on a second project exploring the history of Midwestern mining regions previous to the California gold rush and the evolution of a federal mining policy to manage these public lands.


Page last modified October 3, 2018
Report a problem with this page