Vanesha Blackburn remembered relaying the news to her mother that she was accepted into a study abroad program and would be traveling to Ghana for a month.

“I applied on a whim and didn’t tell anyone in my family,” said Blackburn, who earned a master’s degree in higher education in April. “Then I called my mother and she said, ‘You did what?’”

Blackburn is among 30 alumni and students who have participated in study abroad programs largely because of their connection to Grand Valley’s TRIO programs, federally funded outreach programs that provide academic resources to students from disadvantaged backgrounds. It’s part of a larger, collaborative effort by several university departments to increase access to study abroad programs for students who otherwise might not be able to afford to travel.

Blackburn was also one of 11 former TRIO students who wrote essays about their international experiences for a book, First Around the World: A Collection of Study Abroad Experiences from First-Generation College Students. The authors wrote about what it was like to be in Ghana, South Africa, Italy and other countries, and gave insight into their fears, challenges and triumphs as the first people in their families to travel outside the U.S. 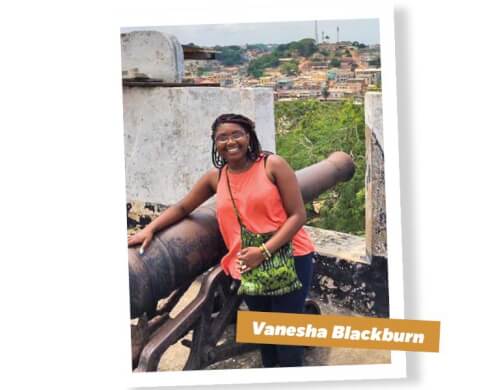 A native of Chicago, Blackburn participated in TRIO Upward Bound while in high school and visited Grand Valley on a college tour with her group.

“Once we got here, as I went around campus meeting people and seeing the landscape, it felt right. That tour is what made me want to come here,” she said.

She also knew she wanted to study abroad before earning a bachelor’s degree in 2016. Staff members at the Padnos International Center (PIC) helped Blackburn narrow program choices to a trip led by English Department faculty members to Ghana to study literature of the slave trade at the University of Cape Coast.

To pay for tuition and expenses, Blackburn applied for scholarships, including the Benjamin A. Gilman International Scholarship, a Department of State grant program that enables students who have limited financial means to study abroad. Blackburn also created a GoFundMe account and asked family, friends and acquaintances to contribute. She wrote about coping with the financial stress for the First Around the World book:

The cost for the trip was about $8,500, which included academic credit, round-trip airfare, all meals, ground transportation, field trips and entrance fees. I was determined to study abroad despite the financial burdens that can come with it, especially for first-generation, limited-income students of color like myself.

At Grand Valley and nationally, the number of students of color who study abroad lags far behind their white peers. Statistics from NAFSA: Association of International Educators reported 71 percent of U.S. students who studied abroad in 2016-2017 were Caucasian, 6 percent were African American/Black, 8 percent were Asian/Pacific Islander and 10 percent were Hispanic/Latino.

PIC has teamed with TRIO and the Oliver Wilson Freshman Academy to offer passport scholarships to students who qualify. The scholarship pays for a passport, the “first step to studying abroad,” Schaub said. PIC also hosts an annual panel discussion, “Being Black and Brown Abroad,” featuring students of color who have studied abroad telling their stories in hopes of dispelling myths about international travel.

“It’s important because these high-impact learning experiences are meant for all students here at Grand Valley, not just the ones for whom it might be expected, or easy,” Schaub said. “We know how impactful a term abroad program can be, and that’s why we’re greedy for more — more students to more places for more weeks.” 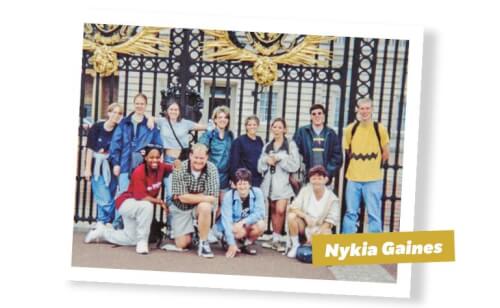 Nykia Gaines is the director of the TRIO Student Support Services STEM-Health Sciences program. When Gaines was a Grand Valley student in 1997, she went to the United Kingdom with a faculty-led program.

That question troubled Gaines enough to focus her dissertation around the subject as a doctoral student at Bowling Green State University. From her research, Gaines learned family perceptions about studying abroad can be a barrier. TRIO student authors confirmed that fact still rings true today as they said their parents worried about safety and cost.

Gaines’ research also highlighted the importance of faculty-student relationships; her research showed faculty members who had conversations with students about international education increased the students’ desire to study abroad.

In a coming-full-circle moment, Gaines personally recruited some of the 11 TRIO students who traveled to Chile in May for a two-week program at the Universidad del Bío-Bío led by her and Justin Pettibone, affiliate faculty of liberal studies.

Grand Valley received a $28,000 grant from the MetLife Foundation to make the program in Chile more affordable for students. Schaub said the grant covered $1,500 toward expenses for each student, who could then apply for additional scholarships. The MetLife grant also provides opportunities for an exchange, and a group of Chilean students will study at Grand Valley later this year. 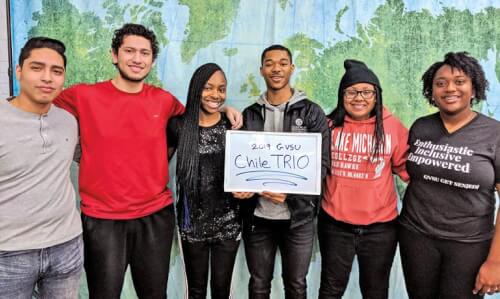 TRIO students who traveled to Chile in May are pictured at a Passport Fair. (photo courtesy of Alissa Lane)

Grand Valley has a dedicated office that helps students apply for competitive national and international scholarships and fellowships, and the work accomplished there is paying dividends for students who want to study abroad.

Out of all Fulbright awards granted nationally last year, 36 students had completed the Gilman scholarship program. Of those 36, three were from Grand Valley — more than 8 percent of all such students.

Erika Schmitt was one of those students. She first studied abroad in Spain after learning about the Gilman award from the Office of Fellowships.

“Meeting with the staff from the fellowships office has greatly helped me tell my story,” Schmitt said.

Elizabeth Lambert, director of the Office of Fellowships, said students who study abroad and are exposed to other cultures through the Gilman program are often good candidates for the Fulbright award.

“We remain profoundly grateful for the doors that Gilman opens. For instance, permitting a student who had never left the state of Michigan to begin formal study of Farsi in Tajikistan, permitting Navy and Marine Corps vets to intern in Australia, there are so many stories,” Lambert said.

Schmitt was so enamored with her experience abroad that she studied abroad a second time after earning the Fulbright award, and she’s part of a rare group of people who were accepted to the Fulbright program a second time. She’s currently spending nearly a year in the Brazilian state of Parana at a university in Curitiba, where she assists students with English language learning.

“I’ve learned a lot about cultural awareness and social skills, and I also learned a lot from the people I stayed with,” Schmitt said. “Once I returned from Spain I knew I had to do whatever I could to take advantage of these opportunities.”

Books are available to purchase for $15 plus tax from the TRIO Student Support Services office on the Allendale Campus, or at Schuler Books and Music in Grand Rapids. Visit gvsu.edu/sss to learn more.

“Being a first-generation, limited-income, female student of color makes processes like studying abroad more difficult in comparison to students who hold many privileges. We lack social capital and our families are not able to give advice on these subject matters.”

“It is an empowering journey to travel to a country where you can learn about ancestors’ previous culture before the Transatlantic Slave Trade.”

“Not only did I get the opportunity to study another language and culture in its host country, I got to educate others on my culture while abroad. I met people who had never met an American before, and in the majority of cases, had never met an African American.” 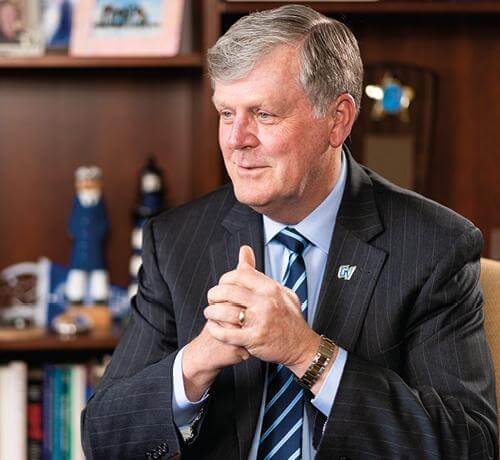 After 13 years at Grand Valley, countless selfies with students, visits to Lansing to meet with legislators and handshakes with new graduates, President Thomas J. Haas looks ahead at retirement. 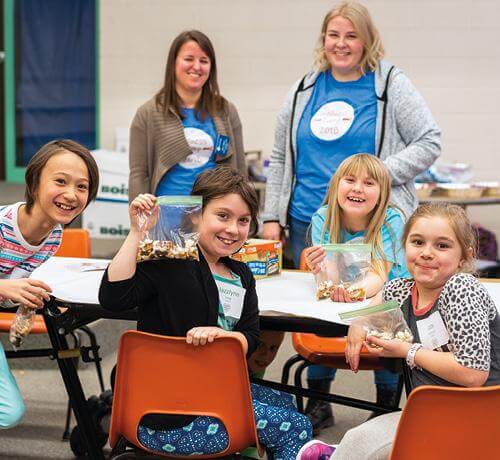 Public health faculty and students have teamed with a community group in Lowell to offer wellness camps for elementary students. 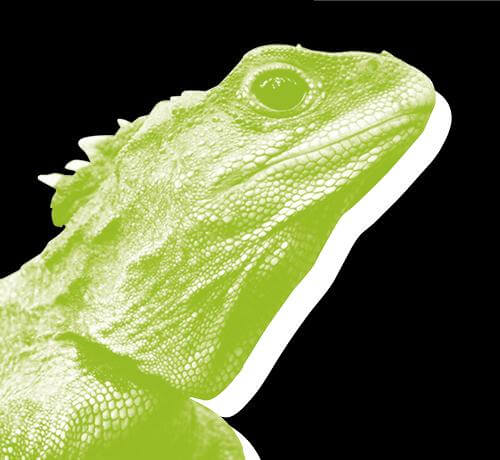 From New Zealand to Grand Rapids and from snakes to butterflies, Grand Valley professors and students have conducted research on endangered or threatened species.