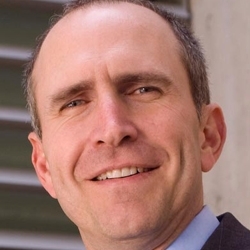 Samuel (Sam) Cummings is principal and managing partner of CWD Real Estate Investment. He received his Bachelor of Arts at Calvin College in Grand Rapids. Prior to forming CWD, Sam was founding principal and president of Second Story Properties. Previously, Sam served as partner and president of Macroe Properties. He is currently a trustee, appointed by Governor Rick Snyder in 2011, for the State of Michigan Department of Natural Resources Trust Fund. He previously served as Chair from 2013-2015. In addition to being on the GVU Foundation and Aquinas College Foundation Board of Directors, Sam is also on the Executive Committee and Chair of the Accessions Committee for the Grand Rapids Art Museum. Sam has been recognized for his leadership with many awards and honors. Most recently, he was recognized by the Grand Rapids Business Journal’s “Distinguished Alumnus,” 2013.