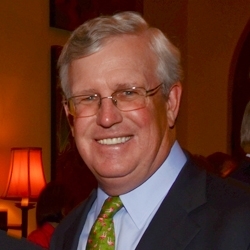 Richard (Dick) Muzzy, Jr. is the retired CEO and chairman of The Holland Group, Inc., (also known as SAF-HOLLAND, Inc.) and Holland USA, Inc. Dick served as treasurer, vice president, and president of the Holland Group. Prior to Holland, he served as a senior investment assistant and manager at The First National Bank of Boston in Sao Paolo, Brazil and as senior marketing research officer of Alex Harvey Industries in Auckland, New Zealand. He served as director of SAF-Holland SA from 2007 to 2015. He also served as director of Besser Company, Paragon Tool & Die, and Irwin Seating. Dick has a Bachelor of Arts in economics from Yale University.