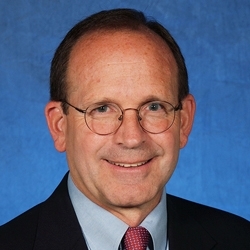 Paul Hillegonds is the CEO of the Michigan Health Endowment Fund. Paul served in the Michigan House of Representatives from 1979 to 1996. During his tenure, he held leadership posts including Republican Leader, Co-Speaker of the House, and Speaker of the House. He earned a law degree from the Thomas Cooley Law School and a Bachelor of Arts from The University of Michigan. He has been the recipient of numerous honors during his career. Governing Magazine named him Public Official of the Year in 1994. In 1996, the Detroit News named him a Michiganian of the Year. He has received honorary degrees from Grand Valley State University, Western Michigan University, Ferris State University, and Central Michigan University.