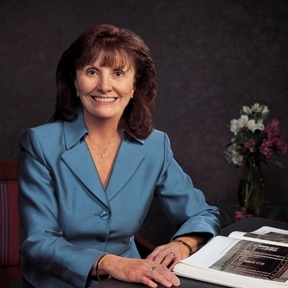 Noreen K. Myers has been an active part of the Grand Rapids community for many years. After receiving her Bachelor of Arts in political science from Grand Valley State University in 1972, she pursued graduate studies in political philosophy at Loyola University and Georgetown University. After receiving a Juris Doctor degree from Thomas Cooley Law School, she opened her own private practice in Grand Rapids, where she has specialized in employment law since.

Noreen served on the GVSU Board of Trustees from 2005 to 2012. During this time, she became the first alumna to serve as chair of the board. Currently, she chairs the Hauenstein Center's Common Ground Initiative and is a mentor in the Cook Leadership Academy. Among other current volunteer commitments, she is a founding board member of the Progressive Women's Alliance, board member of Michigan's Planned Parenthood Advocates, and she serves on the campaign finance committees of Stabenow for Senate and Whitmer for Governor.

She was honored to receive GVSU's Presidential Leadership Award in 2013, as well as the Distinguished Alumni Award in 2015. In the spring of 2016, Noreen received an honorary doctorate degree from GVSU.


Page last modified February 4, 2021
Report a problem with this page