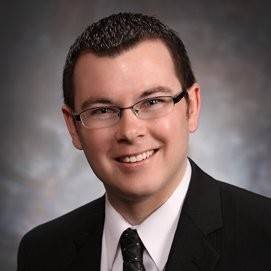 Mike Goorhouse became President/CEO of the Community Foundation of the Holland/Zeeland Area (CFHZ) in 2014 after serving two years as its VP of Donor Development. Prior to that he worked for six years at the Council of Michigan Foundation. Mike’s most notable accomplishments during his time at CFHZ include successfully completing a $35 million unrestricted endowment campaign (including 100 new estate gift commitments) and co-launching a multi-sector collaborative effort to significantly improve the affordability of local housing options.

Over the years Mike has been recognized for his commitment to philanthropy and the community. In 2011 he was named one of the top 30 Civic Leaders under the age of 30 in the nation by the National Conference on Citizenship. In 2013 he received the Emerging Practitioners in Philanthropy Catalyst Award. In 2018 he participated in the American Enterprise Institute’s Leadership Network. Finally, he has been recognized as one of the Grand Rapids Business Journal's Forty Under 40 Business Leaders each year from 2014-2019.

Mike has a degree in Secondary Education from Calvin College and a Masters’ degree in Public and Nonprofit Administration from Grand Valley State University.


Page last modified September 23, 2019
Report a problem with this page