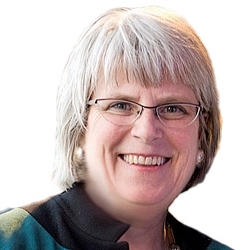 Mary Kramer is a group publisher at Crain Communications, a Detroit-based, family-owned publishing company of 25 respected business brands.  She also serves as director of the Detroit Homecoming, a civic initiative to reconnect successful Detroit-area “expats” with the city. She graduated from Grand Valley State University in 1979 with a Bachelor of Science in arts and media, and became the first woman to be president of Detroit Athletic Club in 2003. Current leadership roles include: Vice chair, the Detroit-based Skillman Foundation, a private foundation focused on improving the lives of children in Detroit; executive committee, Detroit Institute of Arts board; vice chair, Metropolitan Affairs Coalition. She received an honorary doctor of letters degree from GVSU in 2006 and served as a member of the GVSU Board of Trustees for 8 years.


Page last modified January 12, 2021
Report a problem with this page