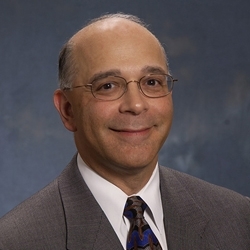 James Buzzitta completed his undergraduate work at the University of Michigan, graduating with honors. He is also a graduate of Wayne State University School of Medicine. Dr. Buzzitta completed a residency in Internal Medicine at Butterworth Hospital, where he won numerous awards, including the Resident of the Year Award. In 1983, Dr. Buzzitta began building his private practice after he joined a local Internal Medicine group. Then, in 1989, he developed Michigan Medical, P.C. (MMPC), a large physician-owned and governed medical corporation located in Grand Rapids, Michigan, where he served as chief executive officer. In 2007, Dr. Buzzitta retired from MMPC and shifted his focus to his family-owned business. He is now president of Hughes Management, L.C., a private, family-owned real estate development company that has an emphasis on healthcare facilities, and president of Hughes Ventures, LLC, a private equity and venture capital firm. Dr. Buzzitta frequently speaks on many healthcare topics including physician integration, healthcare reform, and economics. He also serves on several boards and committees. Dr. Buzzitta is married and has six children.