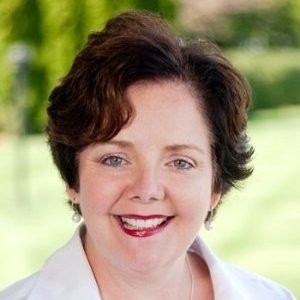 Holly Johnson is President of the Frey Foundation.

Previously, she was president of the Grand Haven Area Community Foundation (GHACF) and oversaw all fund development and operations for the $84 million community endowment. The GHACF is a regional grantmaker and grants close to $4 million a year to charitable causes and projects.

Before becoming president, Holly worked at the GHACF for more than 5 years as the Vice President of Development. Prior to that, she was the Director of Development for Greater Ottawa County United Way.

Holly serves on the executive committee of the Lake Michigan Estate Planners Council and is the Membership Chair for Western Michigan Planned Giving Group – the local council of PPP (Partnership for Philanthropic Planning).

Holly received a B.A. degree from Hillsdale College and a MPA degree from Grand Valley State University. Holly is a life-long resident of the Tri-Cities and currently lives in Spring Lake with her husband Erick and two children – Madelynn and Ian.