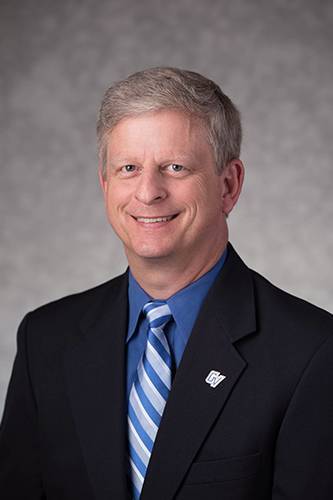 In addition to his role as Treasurer of the GVU Foundation, Gregory (Greg) serves as the Vice President of Finance and Administration for Grand Valley State University, overseeing the university's finance and treasury operations, among other administrative responsibilities. He most recently served as the chief of staff in the United States Coast Guard Fifth District (Virginia), having previously served as the Coast Guard's budget director, overseeing an $11 billion budget. He holds a doctorate in business administration and organizational leadership from Northcentral University.


Page last modified September 24, 2019
Report a problem with this page