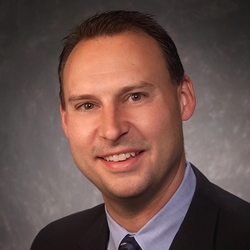 Eric Wolff is the current president of EW Ventures, and is a partner at ARM. Eric was the president of The Stow Company located in Holland for thirteen years. Eric lead The Stow Company to over 500% growth, while also expanding Stow's offering into several new distribution channels. Eric previously held leadership positions at Steelcase, Herman Miller and Deloitte and Touche. He is an active member of the community, serving on Grand Valley State University's Leadership Committee, and the board of directors for the Michigan State Chamber of Commerce.


Page last modified July 29, 2019
Report a problem with this page