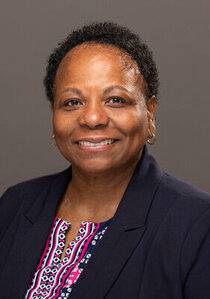 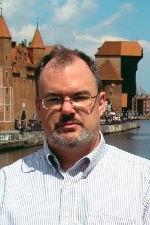 Dr. Mark C. Hoffman is an Associate Dean within the College of Education and Community Innovation.  He is also an Associate Professor with the School of Public, Nonprofit and Health Administration (SPNHA). He was the director of SPNHA from 2007 to 2014. He has taught graduate classes, including Change Management, Foundations of Public Service, and GIS in Public Service, and undergraduate classes, including Public Policy, Public Sector Information Technology, and Community Analysis.

Dr. Hoffman is special issue co-editor of the October 2014 Social Science Computer Review, featuring research on social media use in public, nonprofit, education, and healthcare organizations. He has also published in Administrative Theory & Praxis, Government Information Quarterly, Public Voices, and Public Administration Review. He received the 2002 William and Fredrick Mosher Award for best article by an academician appearing in Public Administration Review. With Jeremy Pyne, he co-authored an article in Sustaining Michigan: Metropolitan Policies and Strategies and two volumes of the Ethnic Atlas of West Michigan.

During his 2011-2012 sabbatical, Dr. Hoffman taught at Yeungnam University in South Korea and the Cracow University of Economics and Kielce University of Technology in Poland.

Dr. Hoffman has served on Graduate Council (2014), chair of the University-Wide Teaching Excellence Awards Committee (2006), and Chair of the Division/College Curriculum Committee (2001-02, 2004-05). He served on the editorial board of the Public Administration Review (2005-07) and the conference planning committee for the  URISA Public Participation GIS Conference (2003-05).

Dr. Hoffman has received a 2014 Service Award from the College of Community and Public Service, a 2011 Outstanding Faculty Mentor Award from the GVSU Graduate and Professional Student Association, and a 1999 Cleveland State Student Choice Award for Excellence in Teaching.

Prior to joining the faculty at GVSU in 1999, Dr. Hoffman was a research associate with the Urban Center at Cleveland State University (CSU). He received his Ph.D. from the Maxine Goodman Levin College of Urban Affairs at CSU. He has a Masters in Urban Studies from CSU and a Bachelor of Arts in Political Science from the College of Wooster. 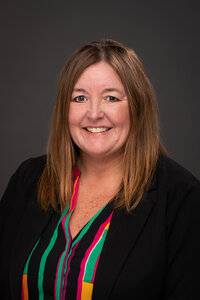 Dr. Amy Schelling is an Associate Dean within the College of Education and Community Innovation.  She is also the Director of Teacher Education and an Associate Professor of Special Education.  Dr. Schelling joined Grand Valley State University in 2007, after an 18 year career in PK-12 public education.  In her faculty role at GVSU she has served as the Special Education Graduate Program Director, Assistant Unit Head, and Director of Teacher Education as well as teaching a number of undergraduate and graduate special education courses.

She has served on the University Curriculum Committee (2013-2016), Online Education and Microcredential Council (2012-2020, Chair 2019-2020), as Faculty Associate in the Robert and Mary Pew Faculty Teaching and Learning Center (2016-2020), as Faculty Advisor to the Council for Exceptional Children student chapter (2009-2015), and FTLC Personnel Portfolio Workshop mentor (2017-2019).  Dr. Schelling’s professional service includes serving on the Michigan Department of Education (MDE) Diversity and Equity in the Education Workforce Advisory Group (2021), MDE Special Education Advisory Committee (2015-2019), as a Council for Exceptional Children Program reviewer/auditor (2017-2020), and Camp Sunshine Board Member (2013-2018, President 2016-2018).

Dr. Schelling is the recipient of the GVSU University Service award (2016), the GVSU Graduate Association Outstanding Faculty Mentor Award (2014), and the GVSU Pew Teaching with Technology Award (2012).  Dr. Schelling has published in the Field Experience Journal, Journal of Positive Behavior Interventions, and the Journal of Intellectual Disabilities.

In 2018, she was selected by the university to attend the HERS Institute of Leadership Development for Women in Higher Education. She holds a doctorate in Special Education from Western Michigan University and both a master’s and bachelor’s degree in special education from GVSU – a Laker for a Lifetime. 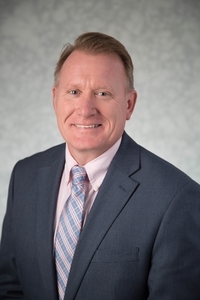 Dr. Paul Stansbie is an Associate Dean within the College of Education and Community Innovation.  Since joining Grand Valley State University (GVSU) in the summer of 2003, Dr. Stansbie has been a faculty member and chair of the Department of Hospitality and Tourism Management (HTM) and an Associate Dean. He had previously spent nine years working as a Senior Lecturer in Operations Management and International Tourism at University College Birmingham (An Accredited College of the University of Birmingham), England.

Dr. Stansbie has over 20 years of higher education teaching and leadership experience working within Hospitality and Tourism education programs at graduate and undergraduate levels in England, Hong Kong, the USA, and the Maldives.  Prior to his academic career, he spent a number of years working for Marriott Hotels and Intercontinental Hotel Group (IHG) in both the US and UK holding a variety of managerial positions in hotels and the food and beverage areas.  He currently serves on the Board of Michigan Lodging and Tourism Association (MLTA) and The International Society of Travel and Tourism Educators (ISTTE) and is an author and guest reviewer for a number of prominent HTM journals. 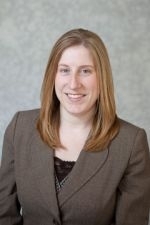 Katie Humphrey is the Assistant Dean for the College of Education and Community Innovation and has worked in higher education for 18 years. Her experience within higher education includes: finance and accounting; grants and special project administration; contracts; personnel and resource management; community and alumni relations; and database management.

A proud Laker alumna, Katie first joined Grand Valley State University in the fall of 2003 as a part of the Alumni Relations office (2003-2005) and was later an executive assistant for the Office of the President, where she supported special projects, events, and community relations efforts (2005-2012). Katie served as an assistant to the Dean of the former College of Community and Public Service (2012-2017) before being appointed Assistant Dean of the College of Education (2017-2021).

Effective July 1, 2021, Katie continues in her role as Assistant Dean for Finance for the newly established College of Education and Community Innovation, and remains responsible for overall fiscal operations, personnel and resource management for the college. 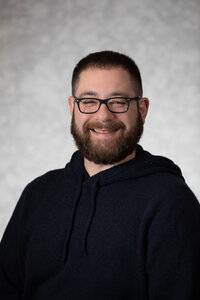 Shawn represents the institution’s professional support staff on the GVSU Benefits Committee (2014-present) and is the chairperson of the Bargaining Committee for the Alliance of Professional Support Staff (2020-present). Shawn volunteers his time as coach for AYSO United (2017-present), a local travel soccer club, and holds the U.S. Soccer Federation Grassroots and national D coaching licenses. He is Pure Michigan and loves spending time outdoors with his sons and friends, coaching and playing soccer, camping, hiking, and swimming. An avid nerd, Shawn also enjoys collecting and playing the trading card game Magic: the Gathering™, playing chess, sudoku, and other strategy apps and board games. It remains noteworthy, Shawn and Batman have never been seen in the same room at the same time. 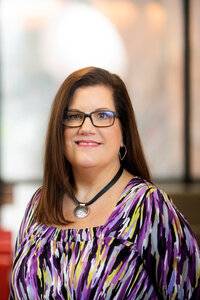 In 1987, Rita began GVSU as the secretary in Alumni Relations and later became the office coordinator.  Over her years at GVSU, she has served as secretary for the Chemistry Department and Regional Math and Science Center; the academic department coordinator for the Hospitality and Tourism Management Department before assuming her position as the College of Community and Public Service Office Assistant.

As of July 1, 2021, she remains an office assistant under the newly established College of Education and Community Innovation.

Rita enjoys spending time golfing, snowmobiling, and being with family and friends. 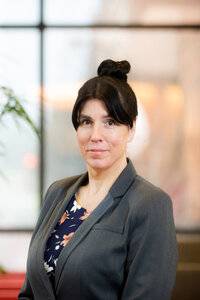 Heather Walker is currently an Office Assistant for the College of Education and Community Innovation Dean’s Office. She began working for GVSU at the Pew Campus Steelcase Library (2005-2011) as a Circulation Desk Supervisor, then moved to the Office of Adult and Continuing Studies as an Office Coordinator (2011-2017). From 2017 to 2021, she was an Academic Department Coordinator for the College of Education.

Heather enjoys going for walks around campus and downtown Grand Rapids every day for exercise—rain, snow, or shine.  Her love of being outdoors grew into an avid birdwatching hobby. Her favorite bird is currently the redwing blackbird, which makes its home at the Pew Campus during the spring and summer months.


Page last modified May 20, 2022
Report a problem with this page