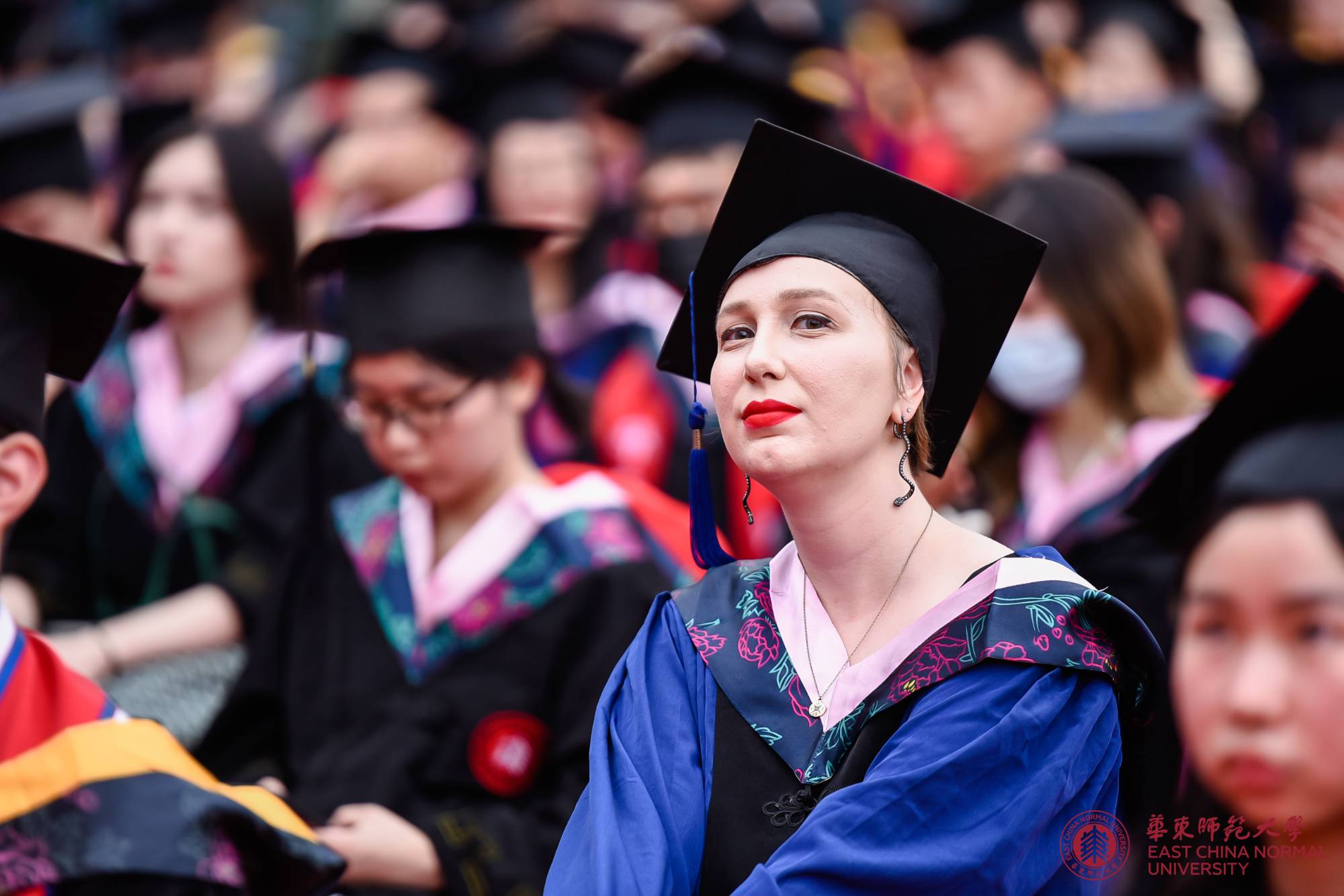 Pictured above: Holly Miller at the East China Normal University graduation ceremony for her Master’s of Laws degree.

This article originally appeared in START Connecting in November 2021.

Hello, my name is Holly Miller. I am an autistic self-advocate from Grand Rapids and consultant for the START ASD 365 campaign. Here is my story.

In May 1997, the moment my parents were told by the doctor that I was autistic, my mother was in disbelief. They told her I may graduate from high school, but I would never go to college. Furthermore, they said, “She will also never fall in love, get married, or have kids of her own, and she would most likely live in a group home for the rest of her life.” My mother was angry, not at me, but angry about their low expectations. She refused to believe that I was going to be less able than anyone else. She was determined to find ways for me to overcome the obstacles I would face. She eventually reached out to a woman with an adult autistic son who told her how to help me receive the services I needed. During this time, resources were limited since autism was not as well known as it is today. There wasn’t a chance for me to embrace and accept my identity as an autistic individual until later in my life, when I had an opportunity to meet other autistic self-advocates.

I was diagnosed with ADHD and autism when I was 4 years of age. While growing up, I heard the word “autism” and began to understand I was different from my peers around age 6. I received resource room support up until 2nd grade, and then received paraprofessional support in the general education classroom until 4th grade. When I entered middle school, I had an IEP, however I didn’t utilize support services until high school. High school was when I realized I needed these supports the most. I met with a teacher consultant weekly and she provided both emotional support and educational support when needed. For example, I would go to her whenever I was having problems with friends, or to take final exams since I had test anxiety.

"[This] autism community gave me purpose and acceptance of my autism identity. After my own acceptance, I grew more confident in myself and developed public speaking skills."

Eventually, I proved many people wrong, including the doctors who diagnosed me, by enrolling at Grand Valley State University and their Campus Links Program. From there, having this sense of autism community gave me purpose and acceptance of my autism identity. After my own acceptance, I grew more confident in myself and developed public speaking skills, which I gained from participating in panel discussions and lectures.

One common characteristic of autism is our special interests. Growing up, I had a special interest in snakes, but since 2010, my primary interest has been anything relating to China: Chinese language, culture, history, and food. I utilized my special interest in college and graduated with a B.A. in Chinese Studies. In 2016, one of my dreams came true: studying and traveling in China.

In summer 2017, I moved to Shanghai, China, to begin my Master’s of Laws degree in Political Theory. Studying in China and living there for 3 years gave me a sense of independence that I never thought I would gain. It was different from living at GVSU, as in China, I was much further away from my family and I didn’t have any disability support services. At first I was lonely, but it wasn’t until after my first 9 months in China that I had found a support system at my university and became an inspiration/mentor for families in Shanghai with autistic children. Through connections from my thesis advisor, I met a local Shanghainese woman named Lydia who runs an autism support group. She has a teenage son with Asperger’s syndrome named Jason. Meeting Lydia and Jason made me feel less lonely in Shanghai, and in return, I was able to offer mentoring and hope since young people like Jason never had any autistic role models before meeting me. 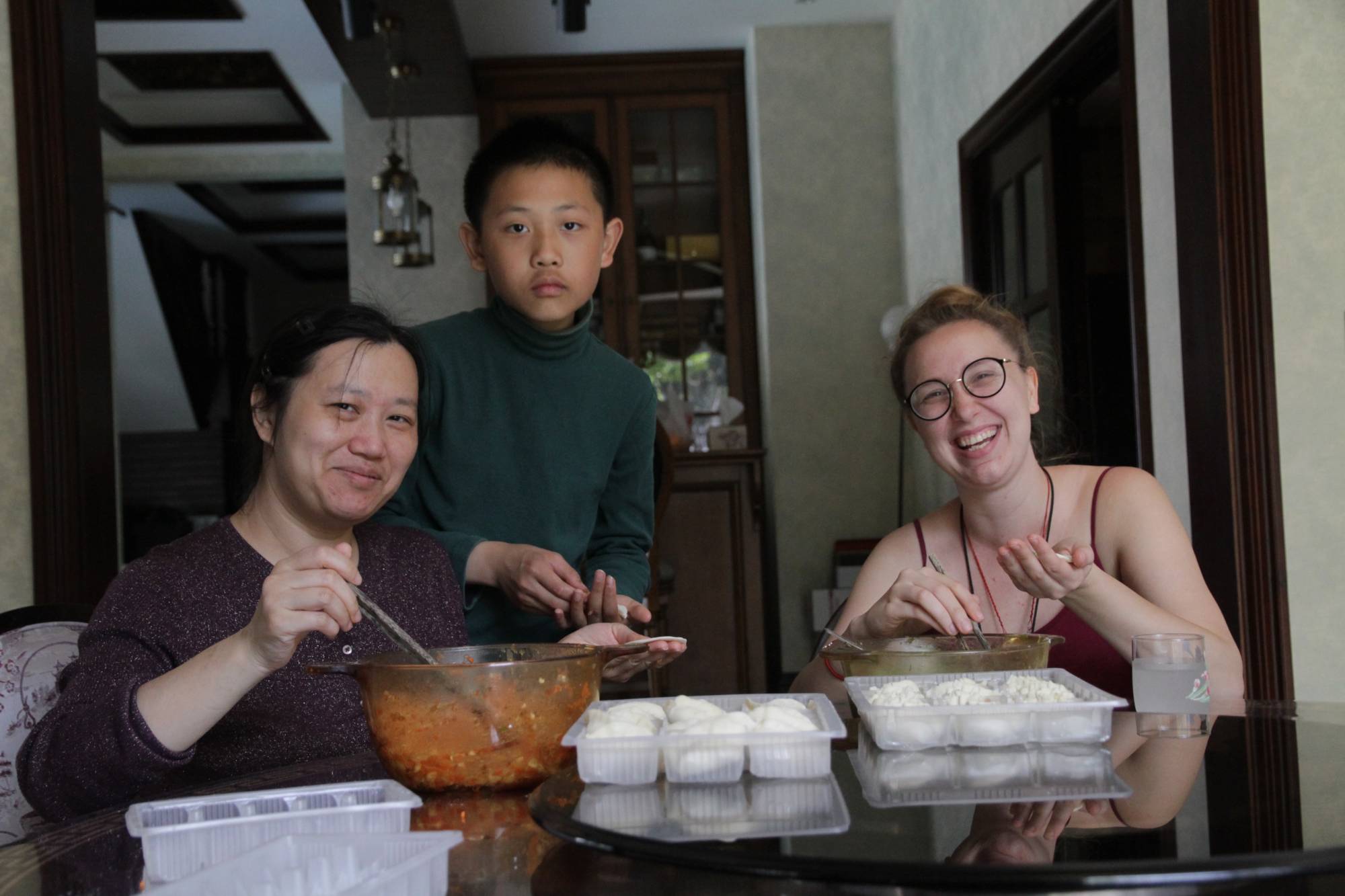 Pictured above (left to right): Lydia, Jason, and Holly

"[T]here is a need for accessible, inclusive autism resources informed by voices from the autistic community. Autistic voices have rarely been involved with the development of resources for families or providers."

In the US, and other parts of the world, there is a need for accessible, inclusive autism resources informed by voices from the autistic community. Autistic voices have rarely been involved with the development of resources for families or providers. Since my studies in China and my involvement with local families with autistic children in Shanghai, I have been inspired to help families and service providers understand autism from an autistic perspective. This includes using my experiences interacting with the autistic community, being elected as a board member for Self-Advocates of Michigan, and talking about my own challenges and successes. With my role as the autistic self-advocate consultant for ASD 365, I am contributing to and reviewing project resources. I want to make sure that resources are informed by recent changes in the disability community. For example, reviewing resources to make sure they are sensitive to language use regarding autism and disability and will help share the perspective of autistic people with the team and the project. After all, we want people to grow beyond awareness, and understand language and the world is changing.


Page last modified November 10, 2021
Report a problem with this page