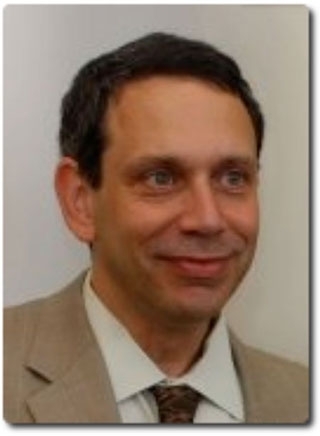 McKnight Presidential Professor
Ex-Director of the IMA at the University of Minnesota
Ex-President of SIAM  (www.siam.org)

Douglas N. Arnold is the McKnight Presidential Professor of Mathematics at the University of Minnesota. He is a research mathematician and educator with a strong interest in mathematics in interdisciplinary research and in the public understanding of the role of mathematics.

From 2001 through 2008, Prof. Arnold served as director of the Institute for Mathematics and its Applications (IMA). Under Arnold's leadership this interdisciplinary mathematical research institute grew to be the largest mathematics research investment in the history of the National Science Foundation. In 2009 and 2010, Arnold served as President of the Society for Industrial and Applied Mathematics, the world's leading professional organization for applied mathematicians and computational scientists.

Arnold has written about 100 papers, serves on the editorial boards of numerous journals, and has been designated as a Highly Cited Author by Thomson ISI. In 1991 he was awarded the first International Giovanni Sacchi Landriani Prize by the Lombardy Institute Academy of Arts and Letters in 1991 for "outstanding contributions to the field of numerical methods for partial differential equations." He is highly sought after as a speaker and has delivered plenary lectures at the International Congress of Mathematicians in 2002 and the Joint Mathematics Meetings in 2009, as well as an NSF-CBMS Lecture Series in 2012. In 2008 he was awarded a Guggenheim Fellowship, and, in 2009, was elected a foreign member of the Norwegian Academy of Science and Letters. In the same year he was appointed a SIAM Fellow for his "contributions to finite elements and the numerical analysis of partial differential equations." In 2011 he was elected a Fellow of the American Association for the Advancement of Science (AAAS), and in 2012 he was appointed a Fellow of the American Mathematical Society (AMS). In 2013 he was the recipient of the SIAM Prize for Distinguished Service to the Profession.

Among Arnold's priorities are efforts to increase public understanding of mathematics and its role in society, and he is frequently cited in print and broadcast media. In 2007 he coauthored an award winning video, Möbius Transformations Revealed, which went viral on YouTube, garnering about two million views.