Who was Roger B. Chaffee?

Roger B. Chaffee, astronaut, pilot and engineer, was born in Grand Rapids, Michigan on February 15, 1935. Although his family was based in Greenville, Michigan, Roger’s father Don came down with scarlet fever, which posed a serious danger to his wife Blanche (known as “Mike”) and the new baby. The Greenville hospital didn’t want to expose their patients to the illness, so Roger’s mother joined her parents in Grand Rapids and Roger was born there, returning to Greenville after his father’s illness had passed.

After spending his first seven years in Greenville, Roger moved with his family to Grand Rapids in 1942 after his father accepted a transfer. As a child in Michigan, Roger enjoyed playing outdoors, as well as tinkering with toy airplanes, model railroad sets and electronic radios. He joined the Boy Scouts at age 13, eventually becoming an Eagle Scout. He attended Grand Rapids’ Central High School, excelling in mathematics and science, and graduating fifth in his class in 1953.

Roger’s path to a NASA career began with the study of aeronautical engineering at the Illinois Institute of Technology in Chicago. After a year, however, he transferred to Purdue University in Indiana. By the time he was a junior he was teaching freshmen mathematics classes at Purdue. 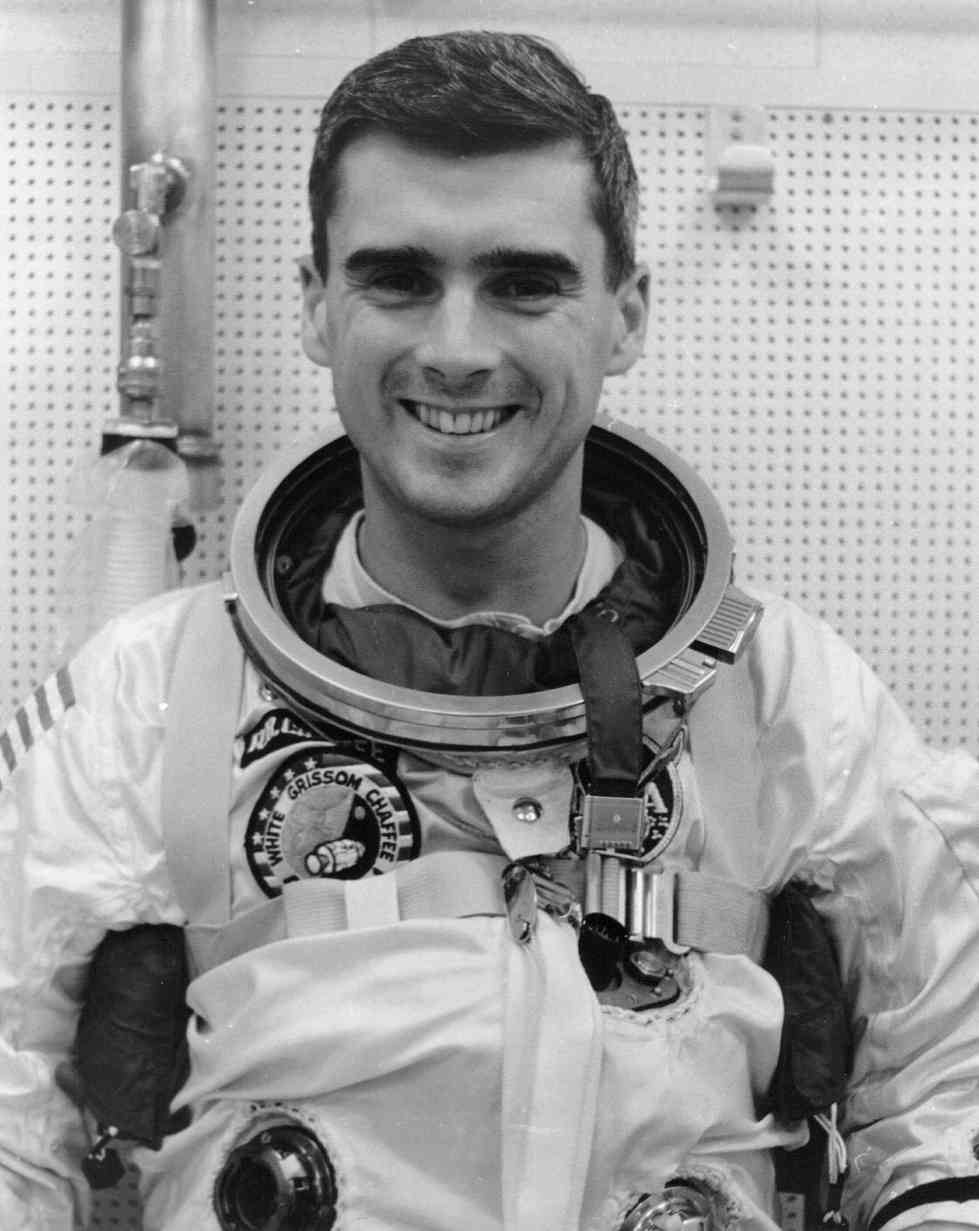 That junior year at Purdue was also when Roger met fellow student Martha Horn, whom he eventually married in 1957, just after finishing his Bachelor of Science degree in Aeronautical Engineering. He was made an Ensign in the U.S. Navy on August 22nd,  1957 and married Martha on August 24th. They had just enough time for a two-week honeymoon in Colorado before heading to Pensacola, Florida for Roger’s period of flight training. He trained on the T-34 and T-28 in Pensacola, then was sent to Kingsville, Texas to learn to fly the F9F Cougar jet. Just before Roger left, his daughter Sheryl was born. Roger’s extensive flight training continued, with his son Stephen being born while Roger was training in Africa.

Roger’s experiences as a pilot were part of a larger goal – he wanted to be an astronaut, to fly in outer space. Based on this interest he was included in an initial astronaut applicant pool in 1962, and, after starting a Masters Degree program in reliability engineering at Dayton, Ohio’s Air Force Institute of Technology, was put through astronaut training. Roger passed all the tests and was made an official member of NASA’s Astronaut Corps on October 18, 1963.

His family relocated to Houston, Texas, where Roger began training in earnest. There was academic training, jungle survival training, and, of course, training in spacecraft simulators. After two and a half years at NASA, Roger was assigned to his first mission, as part of the crew of Apollo 1, which was intended to be the Apollo program’s first manned flight, entering low-earth orbit. Gus Grissom was made Commander, Ed White was Senior Pilot, and Roger B. Chaffee was Pilot. Training for the mission began in the spring of 1966.

Months of training passed, and Grissom, White and Chaffee were all eager for their preparation to be completed so their mission could get underway. Sadly, on January 27, 1967, as the astronauts conducted pre-flight testing, an electrical fire broke out leading to conditions inside the capsule that took the lives of all three of the Apollo 1 astronauts.

NASA temporarily halted the Apollo program, which resumed in November 1967 with the unmanned flight of Apollo 4. Among the many tributes to the astronauts who perished in the Apollo 1 accident included the renaming of the Grand Rapids Public Museum’s planetarium to the Roger B. Chaffee Planetarium in 1967. In addition, six miles south of the Chaffee Planetarium, dividing an industrial park on the former site of the Grand Rapids Airport, runs Roger B. Chaffee Memorial Boulevard, along a path that used to be an airplane runway. The Roger B. Chaffee Scholarship Fund, which encourages bright young thinkers like Roger, is also based in Grand Rapids, Michigan.

Video courtesy of the Chaffee Planetarium at the Grand Rapids Public Museum.


Page last modified November 23, 2016
Report a problem with this page