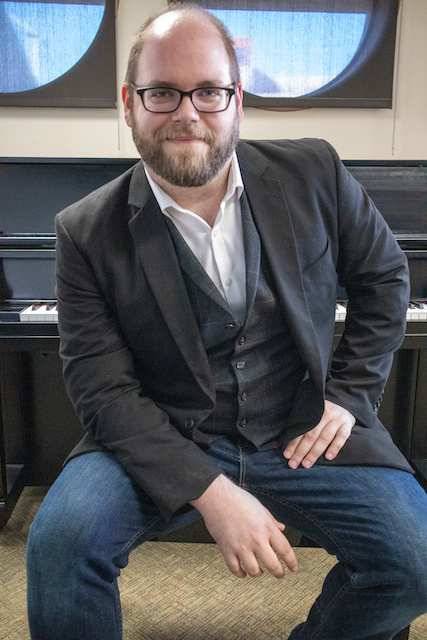 Sean Schafianski is an award-winning video game music producer, arranger, and classically trained saxophonist based in Grand Rapids, Michigan. He produces arrangement albums which have garnered praise and recognition within the video game community.

Sean has been working professionally in a freelance capacity for over a decade, performing on many commercial albums. As a session musician, Sean has worked with several notable composers and arrangers, providing high quality instrumental recordings.

Sean has released numerous albums of remastered and remixed video game music, covering an array of various titles and genres. These albums have received accolades and nominations for awards as part of the Game Audio Network Guild and Video Game Music Online.

Equally active as an audio engineer, Sean mixes and masters his own works, and his skills have been featured on a myriad of diverse albums from various labels.

He received an A.A. in Music from Grand Rapids Community College, a B.A. from Grand Valley State University, and a M.M. in Music Production from Berklee College of Music.

When not working on music, he can be found on hiking trails and frequenting local craft breweries.