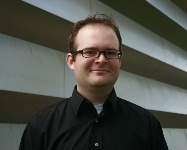 Samuel Gould is a percussionist who has traveled both in the United States and abroad studying the music of many cultures and performing in many different musical genres. Having earned the Doctor of Musical Arts Degree in Percussion Performance from Michigan State University, he currently teaches orchestral percussion, world percussion and drum set at Grand Rapids Community College, in addition to courses in music literature at Grand Valley State University. He is also a member of the Scholarly Research Committee of the Percussive Arts Society and is the Secretary and Treasurer of the Michigan Chapter of the Percussive Arts Society. As a performer Dr. Gould has performed with the Lansing Symphony Orchestra, West Michigan Symphony Orchestra, Kalamazoo Symphony Orchestra, Great Lakes Chamber Music Festival Orchestra, Dali String Quartet, and has served as a modern dance accompanist at Grand Valley State University and Michigan State University. He has also performed on National Public Radio’s Weekend Edition, at the Bang on a Can contemporary music marathon in New York City, Le Poisson Rouge in New York City, and Millennium Park in Chicago. Dr. Gould’s recorded work can be heard on the BBC network’s television series Waterloo Road, and on Innova Records, Quite Scientific Records, OgreOgress Records, and Ghostly International Records.

A cornerstone of Gould’s work is his research and performance of the gyilxylophone music of the Lobi-Birifor people of Ghana, West Africa. Having studied this music with maestros of the instrument Ba-ere Yotere and Valerie Naranjo, Gould performs concerts and cultural presentations of this music for audiences of all ages ranging from kindergarteners to adults with the goal of illustrating the striking similarities that can be discovered through music. Additionally, in March 2018 he appeared as gyil soloist on two concerti for gyil and symphony orchestra.