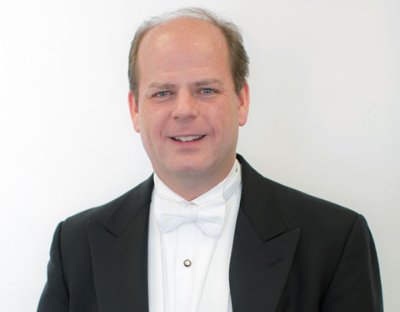 We are excited to bring in three performers from the Grand Rapids Symphony for Oboe Master Classes during the 2021-2022 Academic Year.

Alexander Miller joined the Grand Rapids Symphony as its Assistant Principal Oboe in 1992. Previously, he was a substitute and stage band oboist with the Metropolitan Opera in New York while he completed his Master’s degree at The Juilliard School. Mr. Miller is also a member of Ensemble Montage, a chamber group dedicated to performing unusual and challenging works of the past century. During the summer, he plays with the Cabrillo Festival of Contemporary Music in Santa Cruz, California under Music Director Marin Alsop.

In the past, Mr. Miller has participated in the Aspen Music Festival, the National Repertory Orchestra and the Waterloo Festival. In the summer of 1993, he toured with the American-Russian Youth Orchestra throughout the United States and Russia.

Composition has also played an important role in Mr. Miller’s life. Though he never formally pursued a composition degree at Juilliard, he was the only non-composition student whose pieces were performed on the Juilliard Composer’s Forum concerts. His early student works also were performed in Boston, Detroit, the Queens College of Music, Studio 71 and the Royal Academy of Music in London.

In particular, “Fireworks” has gone on to receive performances by several orchestras, including a performance in Carnegie Hall, and “Let Freedom Ring” has been performed by celebrity narrators such as James Earl Jones, Danny Glover, William Warfield, Harry Belafonte, and was recorded by former President of the United States William Jefferson Clinton prior to the opening of his presidential library in Little Rock, Arkansas.

In late 2009 Miller was diagnosed with a rare brain tumor called a craniopharyngioma. He underwent two brain surgeries followed by a year of rehabilitation. His prognosis going forward is good though craniopharyngiomas tend to recur. His surgical team continues to monitor him closely, and he blogs about his experiences as a patient at www.husbandamused.com. Miller’s interests outside of music include aviation, modern art, wine collecting and mushroom hunting. He resides in East Grand Rapids with his wife, Grand Rapids Symphony violist Mary Jane Miller.

This event has been tagged as masterclass, and music.


Page last modified October 7, 2021
Report a problem with this page