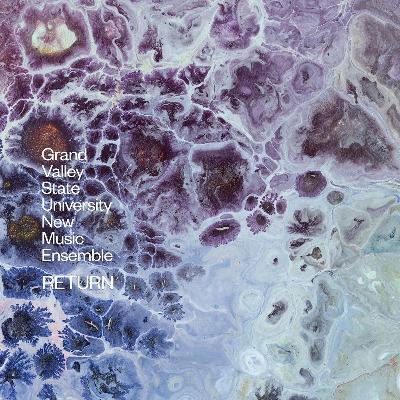 Join us as the Grand Valley State University New Music Ensemble celebrates the official release of their fourth commercial CD. Featuring the music of alumni composers Adam Cuthbért, Matthew Fiinch, and Daniel Rhodé, the CD travels through a multitude of electronic/acoustic landscapes. The composers will be in attendance, and Adam (who is also receiving the Distinguished Alumni Award earlier in the day) is going to open the show with a special performance. A beautiful new video by Four/Ten Media will also get its live concert debut.

After the concert, there will be an opportunity to meet with all the performers and composers and pick up the CD for a special discounted price. Please come out to this exciting event to show your support!

This event is free and open to the public.

The New Music Ensemble at Grand Valley State University promotes the music of our time through commissions, tours, recordings, educational events, workshops, and videos. Founded in 2006 by their director Bill Ryan, the ensemble not only prepares students for careers that include contemporary music, but also help them become exceptional educators, advocates, and leaders in the music field. The group has completed 4 tours, and has been profiled in numerous publications including Newsweek and the New York Times, and featured on NPR’s Weekend Edition, All Things Considered, WNYC's Radiolab, and Performance Today. They have released three critically acclaimed recordings named to best year-end release lists by the New York Times, Washington Post, LA Weekly, Time Out Chicago, and many others.


Page last modified October 13, 2017
Report a problem with this page