The collections listed below were acquired by Special Collections & University Archives through its partnership with the Kaufman Interfaith Institute. Materials may be accessed by request in the Reading Room in Seidman House. Contact Leigh Rupinski at (616) 331-8726 or rupinskl@gvsu.edu to schedule a research appointment. 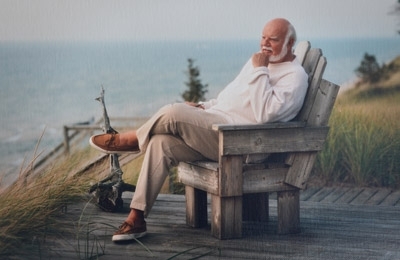 Richard Rhem is pastor emeritus of Christ Community Church in Spring Lake, Michigan, which he served for 37 years. Starting in the mid 1980’s, he began to seriously question some of the traditional Christian dogma that he had been espousing from the pulpit. That questioning was a first step in a long and interesting spiritual journey, one that he openly shared with his congregation. His journey is important, in part because it is reflective of the questioning, the yearnings, and the gradual revision of beliefs that many persons in this part of the century have experienced and continue to experience. It is important also because of the affirming and inclusive way his questioning was done and his thinking evolved. His sermons and other written and spoken materials together document the steps in his journey as it took a turn in 1985, yet continued to revolve around the framework and liturgies of the Christian calendar. 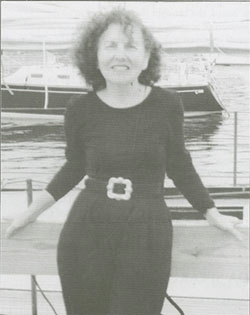 Dr. Lillian Sigal was an educator at Catholic Central High School, Grand Valley State University, Kendall College of Art and Design, Villanova University, Cabrini College and Temple University. In 1983 she organized a chapter of Educators for Social Responsibility and in 1987, co-founded with Rev. Marchiene Rienstra the Interfaith Dialogue Association of Grand Rapids. In 1997, Dr. Sigal moved to the mainline suburbs of Philadelphia where she became an active member of Congregation Mishkan Shalom and chair of its Library Committee. She continued her commitment to the interfaith movement by coordinating a monthly interfaith dialogue group for 10 years and serving as Book Review Editor for the Journal of Ecumenical Studies. This collection contains biographical information, correspondence, recorded interviews and discussions, and printed articles by Dr. Lillian Sigal on the subjects of Judaism and ecumenism. 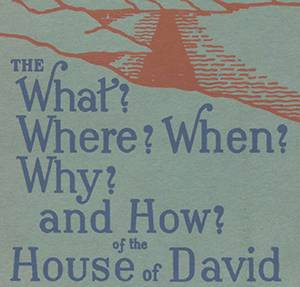 The House of David, formally known as the Israelite House of David, is a religious society co-founded by Benjamin and Mary Purnell in Benton Harbor, Michigan, in 1903. Benjamin Purnell, a former broom maker and travelling preacher from Kentucky, declared himself to be the seventh and final messenger of God, as foretold by the Book of Revelation. The Israelite House of David's beliefs centered on Christian theology, referring primarily to the 1611 King James Bible. Other texts held sacred by the House of David included the Book of Jasher, Joshua 10:13, The Book of Enoch, and Nazarites. They believed that the Israel are a select people who were scattered into twelve tribes across all nations, who would be gathered into one location to witness the Second Coming of Jesus Christ. By 1907 the commune had several hundred members, and owned about 1,000 acres on which they grew crops and fruit orchards. Scandal arose in the 1920s, when Benjamin Purnell was accused by thirteen young women of having sexual relations with them while they were still minors. The Detroit Free Press and other area newspapers ran numerous articles critical of Purnell and the House of David. This collection contains publications produced by the Israelite House of David and Mary's City of David. The publications include writings by Benjamin and Mary Purnell as well as other community members. The collection also includes a small amount of ephemera.