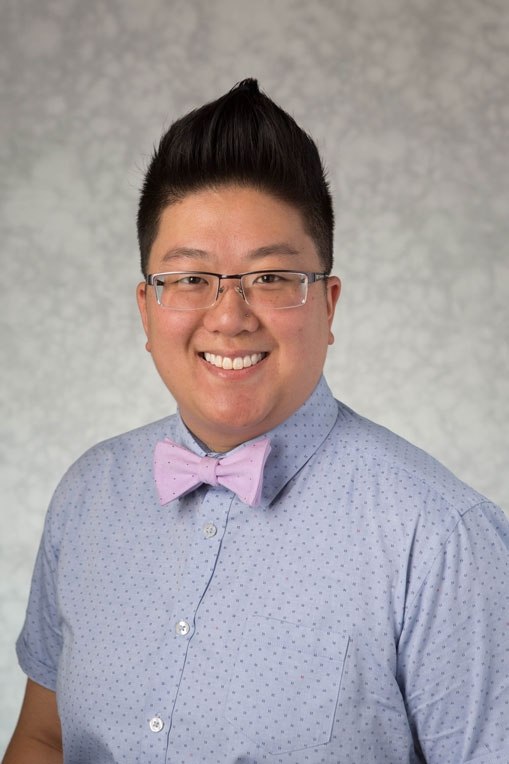 Jen joined the Milton E. Ford LGBT Resource Center in July 2016. She has dedicated her professional career to LGBTQIA+ advocacy and education. Prior to joining GVSU, she served as the Director of LBGT Student Services at Western Michigan University and Executive Director of the OutCenter in Benton Harbor, Michigan.

Jen is committed to centering the voices of LGBTQIA+ students and co-creating intersectional, anti-oppressive spaces. She is passionate about intersectional social justice as a framework to understand and address issues of bias, discrimination and exclusion at the individual and systemic levels. She holds a BS from the University of Michigan and an MPA from Western Michigan University. In her spare time, Jen loves to explore, take road-trips and try new foods. 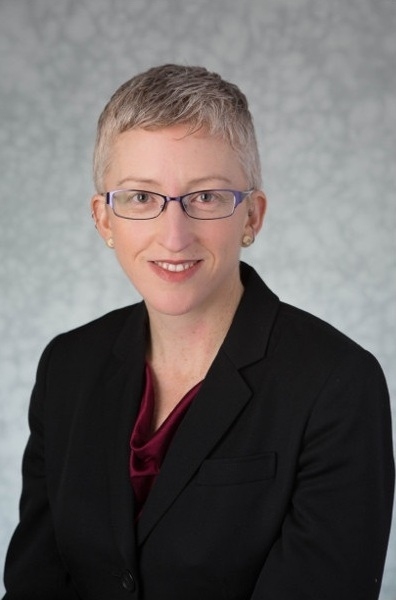 Marla has worked in various aspects of higher education since 1998. After 10 years of teaching at three universities, she completed her graduate work and moved to California, where she transitioned into a career in student services and support. While working as an academic counselor in San Francisco, she developed a guide to LGBTQ community resources to help students access health care and other critical services. In California, she also volunteered for a community literacy program and worked with incarcerated students through the Prison University Project at San Quentin until she relocated to Grand Rapids in 2014.

Marla is passionate about education as a justice issue and about providing students with access to critical resources. She is dedicated to working collaboratively to create a supportive, challenging, and empowering learning environment for LGBTQIA+ students. Marla holds a BA from Montana State University, an MA from Ohio University, and PhD from the State University of New York at Buffalo. 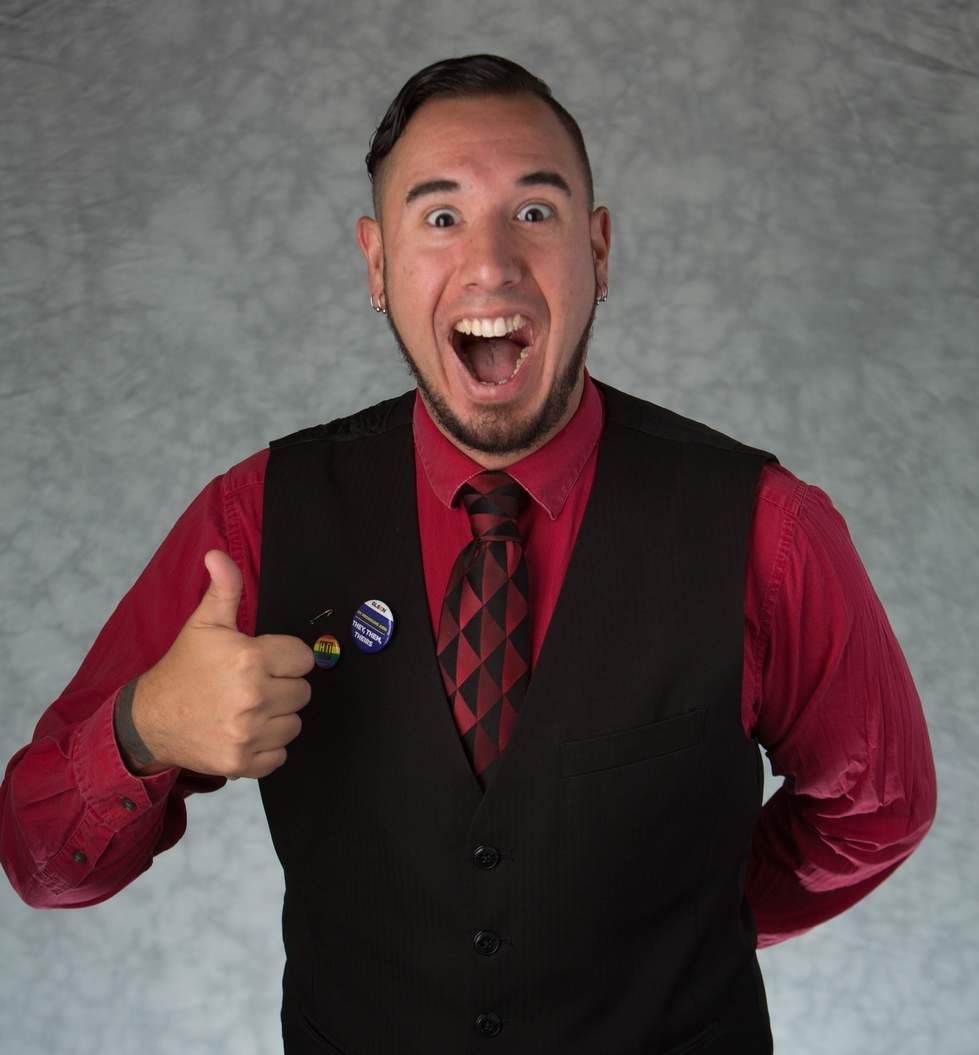 Mark Saint Amour started at Grand Valley State University in 2014 working for the Dorothy A. Johnson Center for Philanthropy before transiting into their role at the Milton E. Ford LGBT Resource Center in early 2017. Previously, Mark spent over ten years in the for-profit industry as a upper level manager / director and business developer working both with entrepreneurs developing and opening start-ups and with established companies looking to expand into new territories. Mark has lived and worked in a wide variety of places and fields, from a movie theatre in Detroit, a financial institution in Lansing, a chocolate company in Portland, a popcorn company in Boston and Florida, a vegan food company in Chicago, and even a recycling plant right here in Grand Rapids.

Mark has also been active in the non-profit field, working with organizations through-out Chicago and Grand Rapids such as Arbor Circle, True Colors Fund, Family Promise, Fountain Street Church, HQ, GR Trans Foundation, and Common Pantry among others. Mark identifies as a demi-pansexual queer and trans person of color, is passionate about animals, nature, music, film, and just about anything to do with cats. 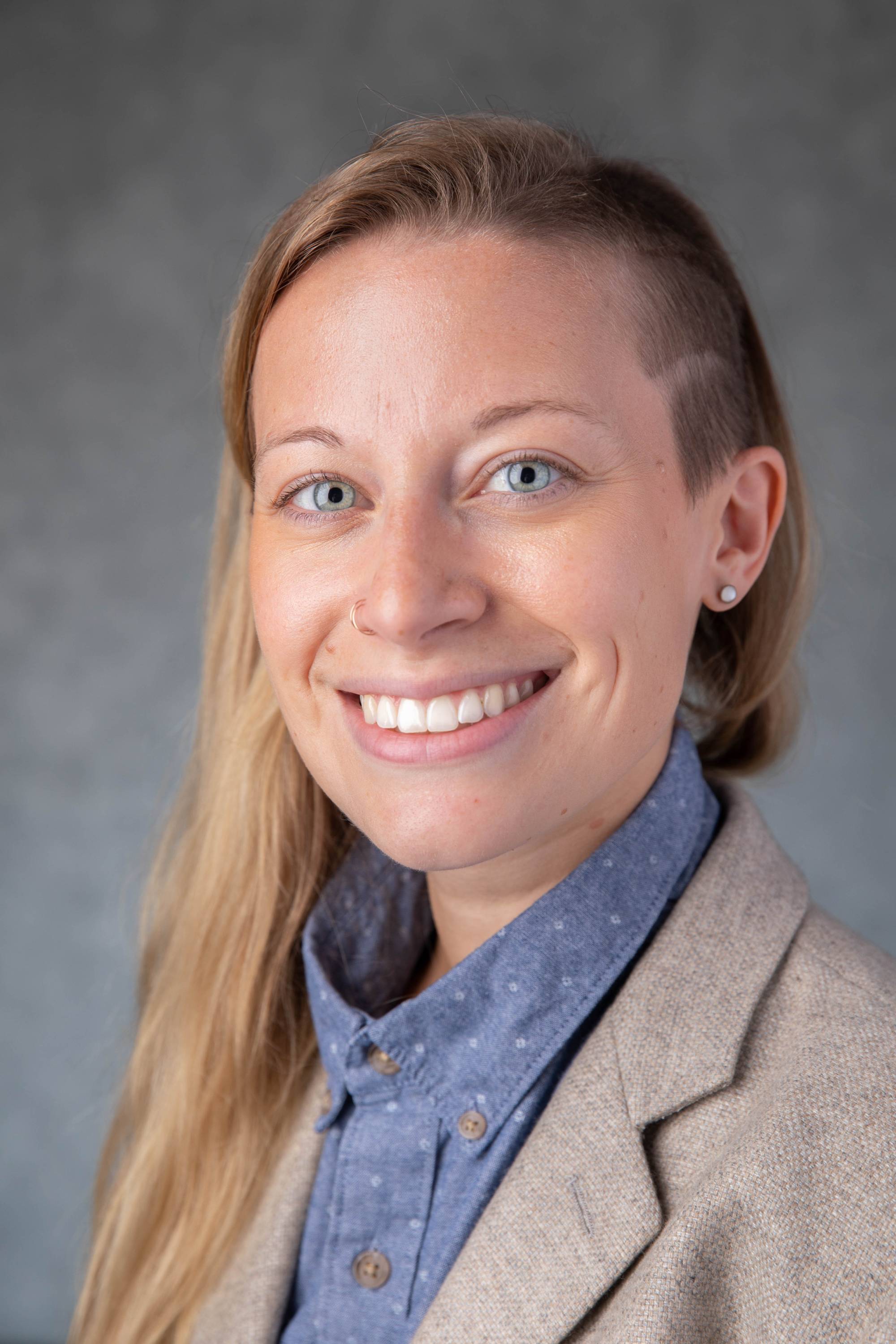 Krista Stites is a graduate assistant for the Milton E. Ford LGBT Resource Center. She is currently pursuing a Master's Degree in College Student Affairs Leadership with the hope to combine her passions for Global Education and the LGBTQ community within higher education. Krista graduated from Michigan State University in 2016 with dual degrees in Zoology and Environmental Studies & Sustainability. Her love for travel and learning has brought her many different experiences, ranging from studying corals in the Great Barrier Reef, brewing beer in Lansing, and managing a coffee shop in Grand Rapids to completing her Yoga Teacher Certification in India. In her free time, she enjoys hiking Nordhouse Dunes, reading captivating stories, and exploring culture through new recipes. 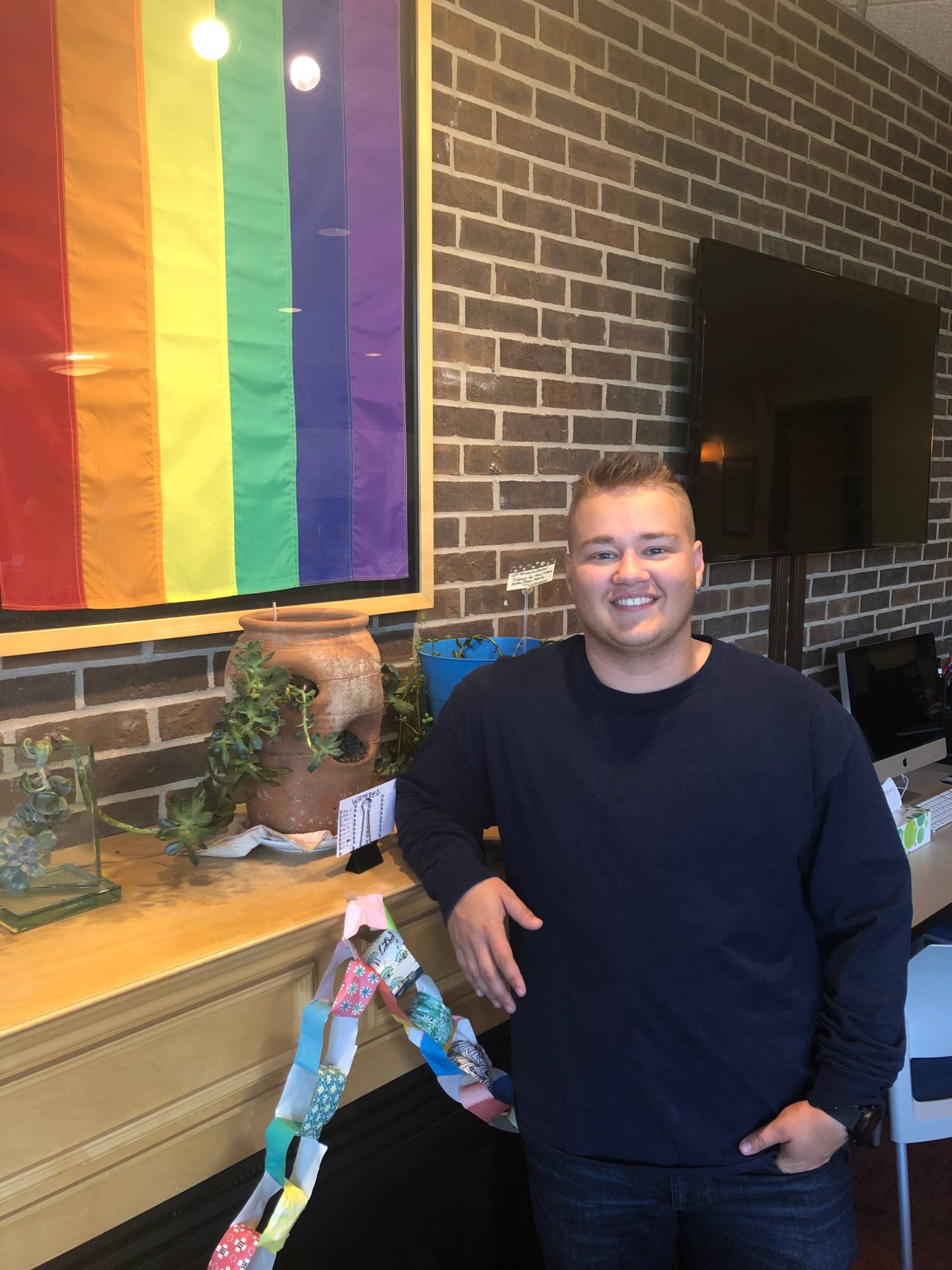 Eric Brink is a senior at Grand Valley majoring in Spanish with minors in Chinese and Criminal Justice. He is from Northern Michigan and thoroughly enjoys cold weather. Eric can easily be identified by his tall hair. In his free time, he enjoys building and fixing things, going to the gym, sending memes via paper airplanes, and daydreaming about being in a rock band. 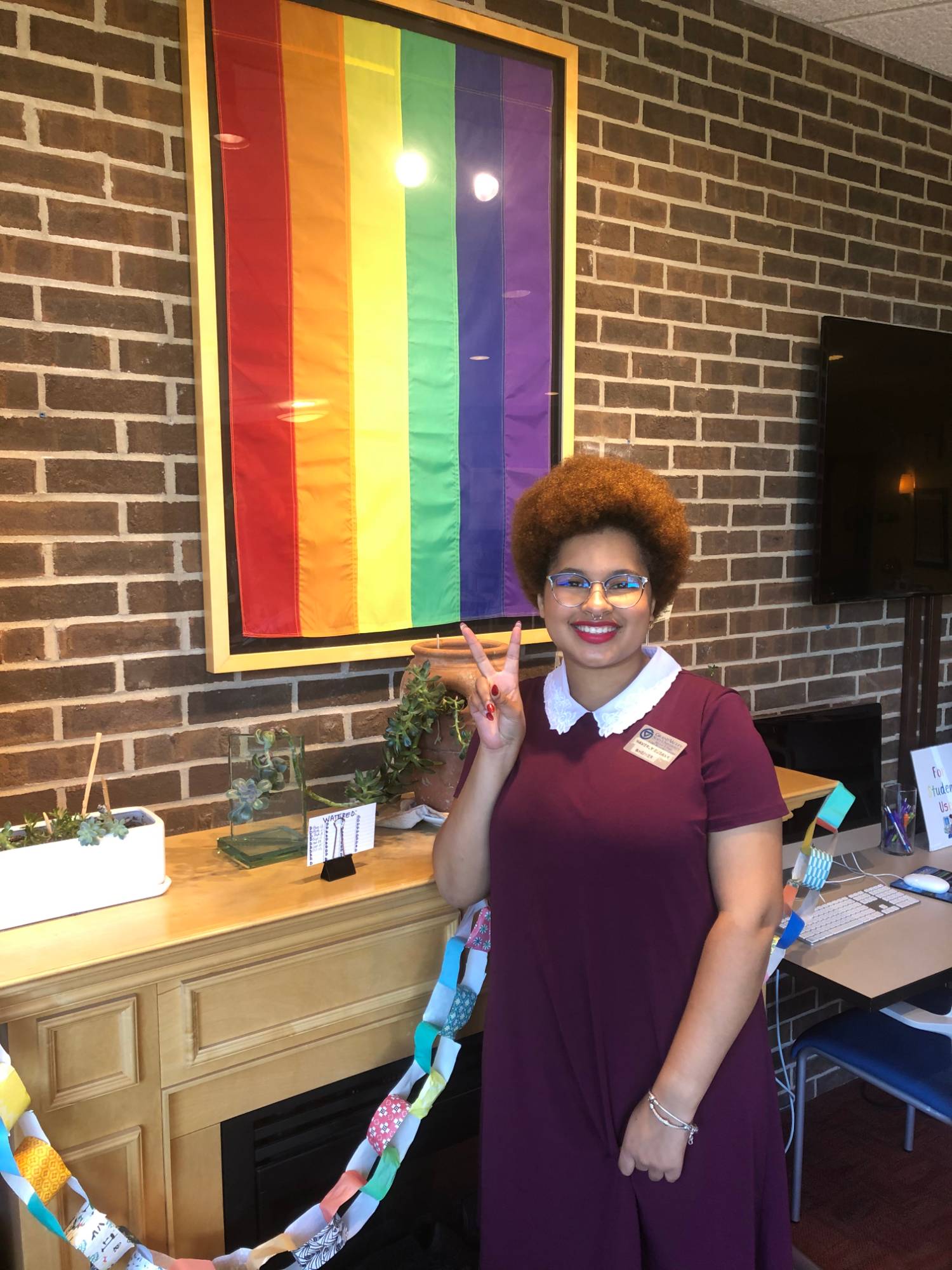 Waverly Eubank is a third-year majoring in Political Science with a minor in Writing. She's very interested in social justice, particularly in intersectionality. She hopes to continue working in social justice education when she graduates. Outside of school and work, she can often be found reading or playing video games. 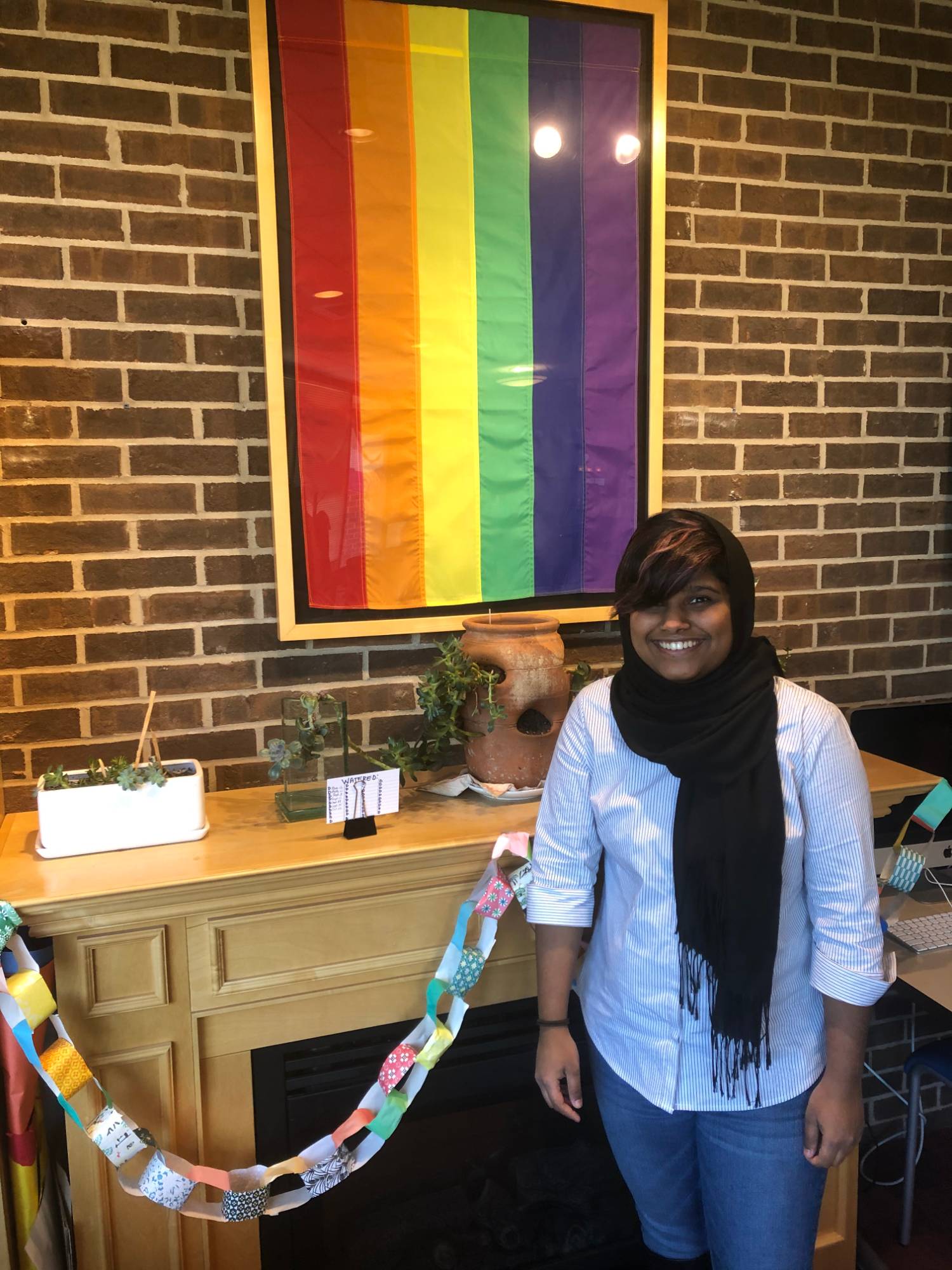 Malakhai Hasan is a fourth-year student majoring in both Women, Gender, and Sexuality Studies and Biochemistry. They wish to eventually go on into nonprofit work geared towards helping other LGBTQ+ folk, especially youth and people of color, with issues such as unstable housing, violence, and health care. In their free time, they enjoy talking about social justice, watching their select favorite shows and youtube videos on repeat, and taking very long fulfilling naps. 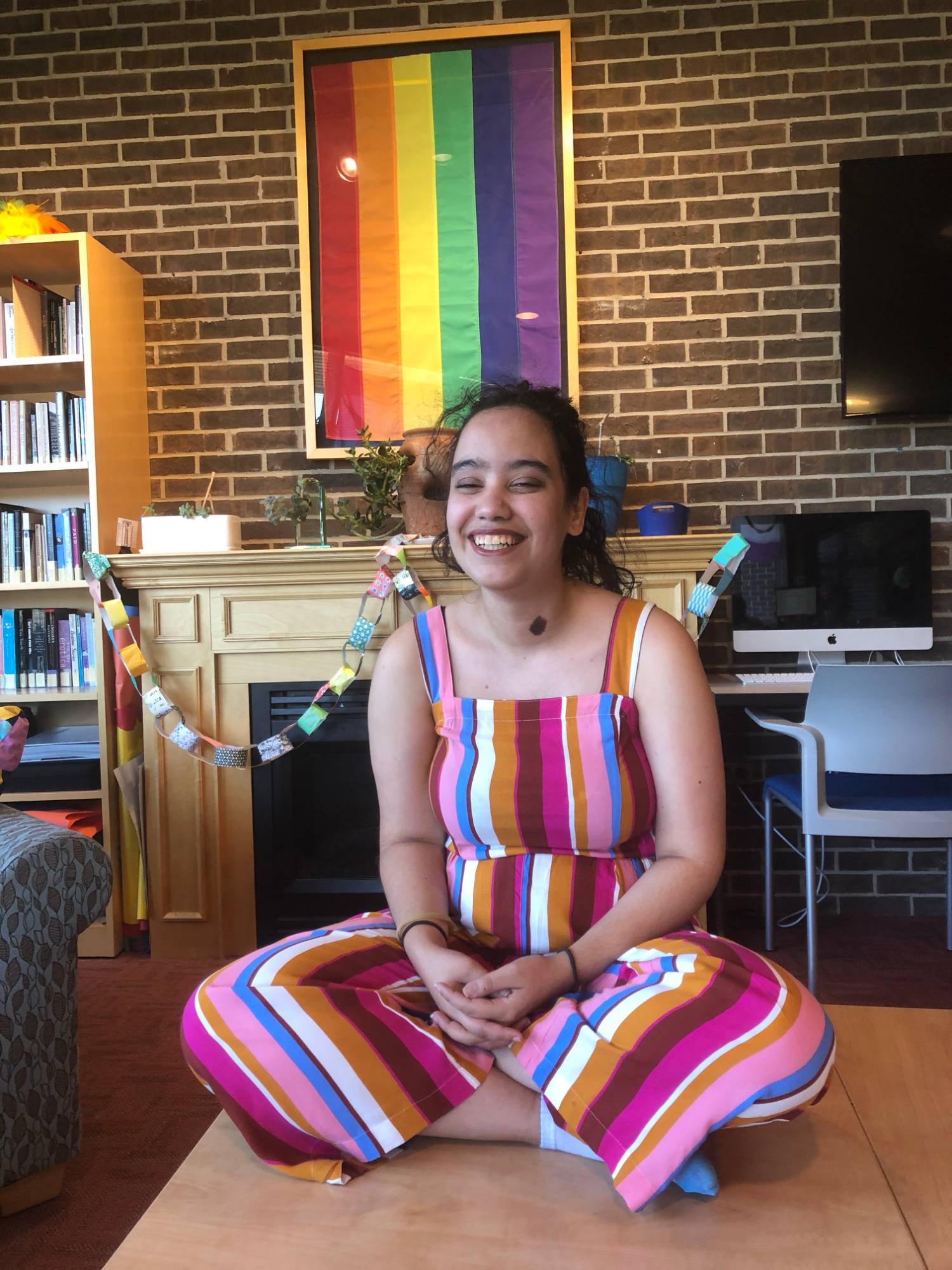 Arahey Garay-Negrón is a Sophomore majoring in Women Gender and Sexuality Studies. She is from the beautiful island of Puerto Rico, and for some reason chose the cold. Arahey already has an associates degree in Cinematography and hopes to one day create more diverse and accurately represented characters and stories. In her spare time she loves to sleep, watch any recommended series, cooking/baking, and listening to Spanish bops. If you ever find her distracted she’s probably trying to think of a Spanish word of the day. Arahey also loves any opportunity to refer to herself in the third person. 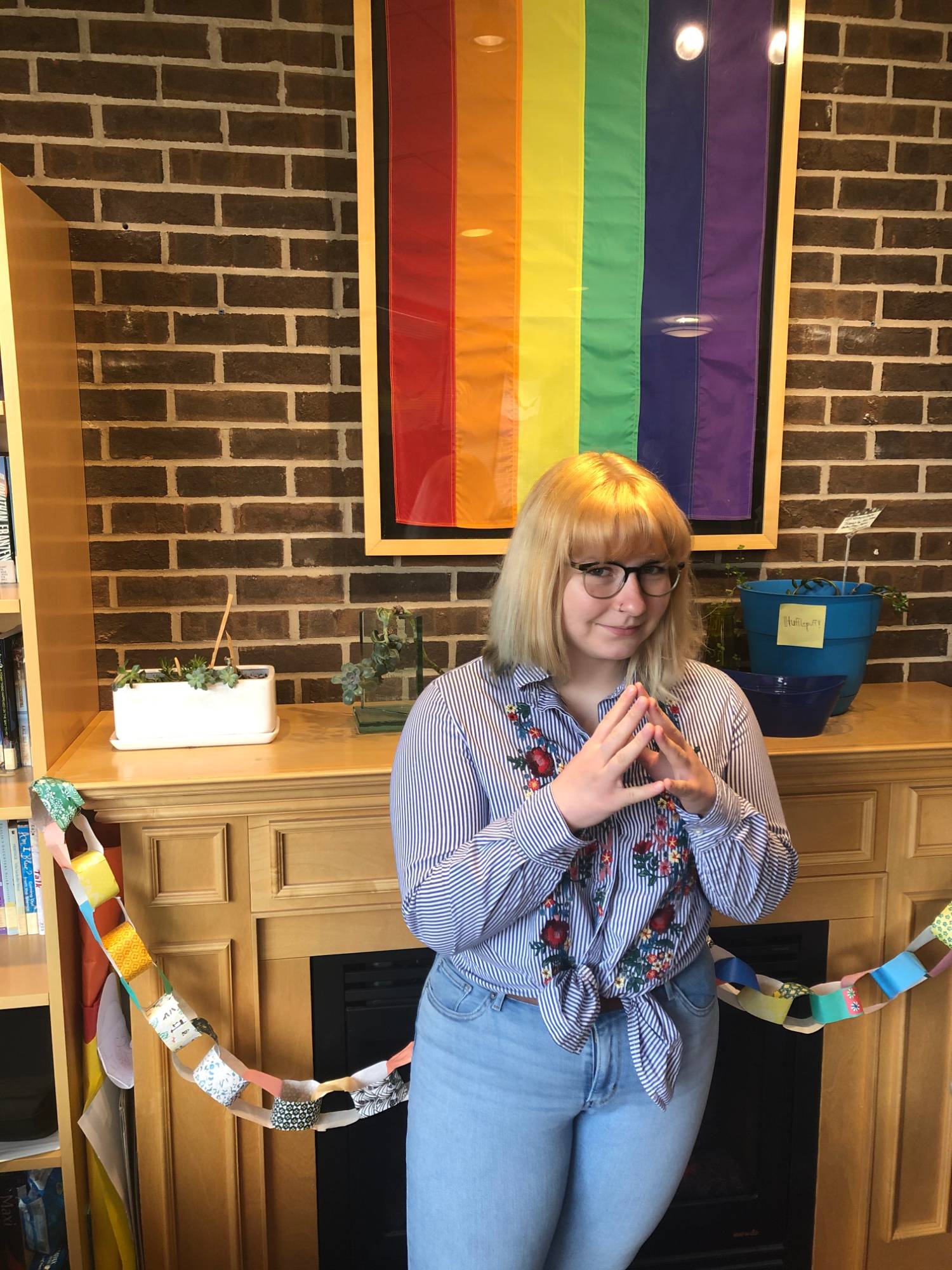 Abigail is a second-year student at Grand Valley, majoring in art history with a minor in anthropology. In her free time, she likes to paint, bake cookies for her friends, and chase stray cats. She also loves exploring new queer media, including but not limited to music, art, and literature.


Page last modified January 16, 2020
Report a problem with this page