View full recordings of past webinars, programs, and tutorials by clicking here or visiting our YouTube channel.

In 1990, many Indigenous Americans were laid to rest for the first time in centuries. Congress passed the Native American Graves Protection and Repatriation Act (NAGPRA), requiring museums, universities, and other institutions to return items that belonged to Indigenous Americans. Most crucially, NAGPRA required the return of actual human remains and other sacred relics. J. Jay Sam, tribal member and Director of Historic Preservation of the Little River Band of Ottawa Indians & Janet G. Brashler, Retired Professor of Anthropology at Grand Valley State University, will discuss their firsthand experiences with implementing NAGPRA in 1990s West Michigan. They will speak to their perspectives as professionals on either end of these exchanges, and how their views on NAGPRA have changed in the past 30 years.

The 1980s kicked off a transformation and revitalization of downtown Grand Rapids, motivating historic building restoration and inspiring new construction. A combination of urban reinvestment and a growing interest in historic restoration changed the city's landscape and helped restore many older buildings to their historic state. Pamela VanderPloeg, architectural historian, educator, and administrator of ArchitectureGrandRapids.org, will share buildings' stories from this era. This will include many photographs and primary research materials to help illustrate the changes the 1980s brought to Grand Rapids.

Interviews with Vietnamese refugees provide intimate glimpses into the lives of those who settled around Grand Rapids following the overthrow of South Vietnam and withdrawal of U.S. troops in 1975. "Newcomer Legacy" is a short documentary based on oral histories from nine Vietnamese Americans who made a new home in West Michigan in the 1970s, and shines light on how their experiences speak to the larger story of immigrants in our communities. This webinar showcases the documentary followed by a Q&A with its creator, Alan Headbloom.

Becoming a Home for All: LGBTQ Tourism in West Michigan

Our Grand Rapids Time Traveler webinar series is back for the fall with Becoming a Home for All: LGBTQ Tourism in West Michigan. In 1962, The Blue Tempo bar opened in the West Michigan beach town of Saugatuck. It was one of the first gay bars in the region, at a time when state liquor laws prohibited serving gay customers. The Blue Tempo's opening helped solidify this part of West Michigan as a “home for all,” notably the LGBTQ community. G Angel, GVSU '21 alum and current PhD Student in Indiana University Bloomington’s Gender Studies Department, discussed the flourishing of the local LGBTQ community during the 1960-70s. 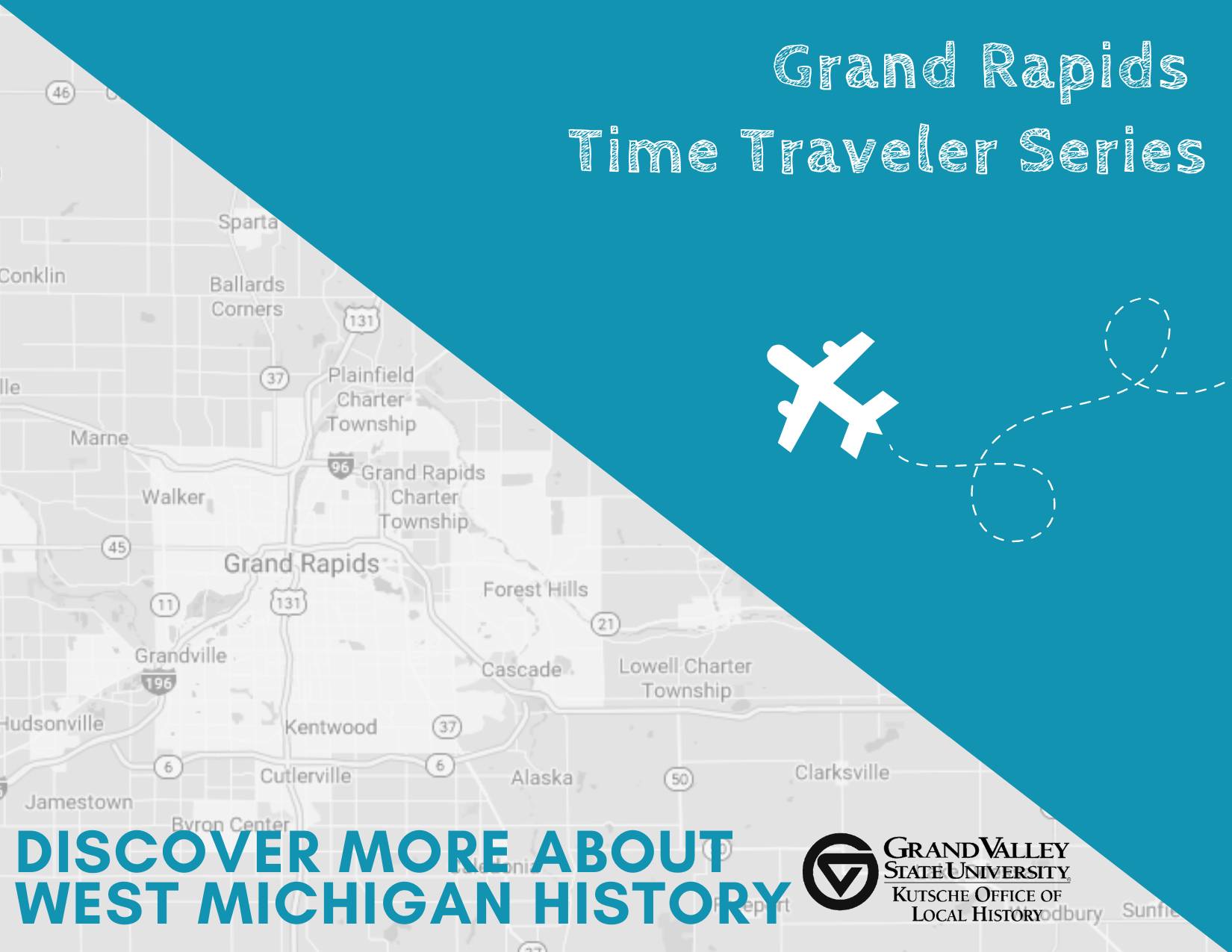 Page last modified December 6, 2021
Report a problem with this page