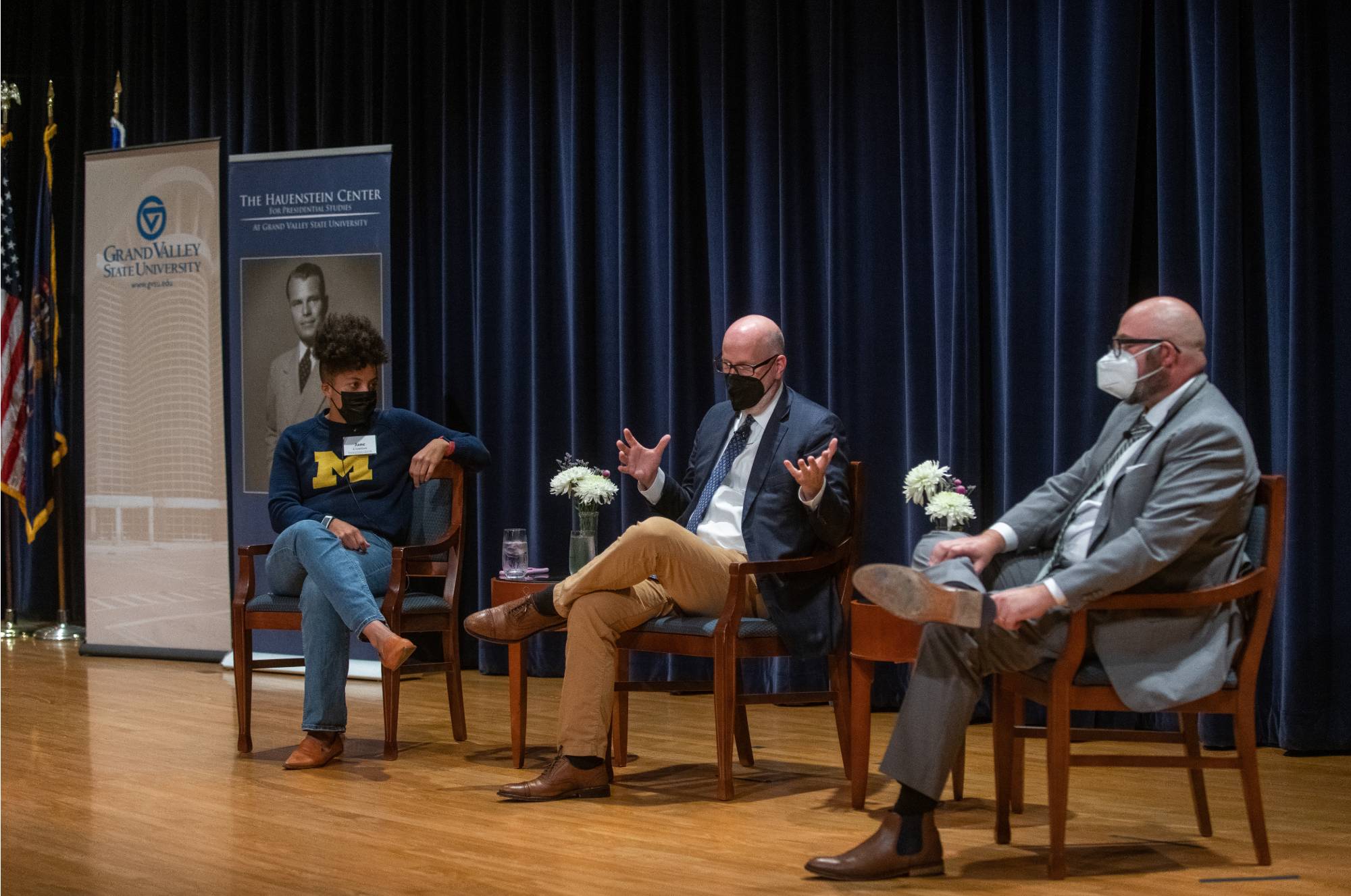 Hosted as part of the Hauenstein Center’s Common Ground Initiative this summit brings together leading scholars and writers of different intellectual traditions and political persuasions, to discuss how the collision of progressivism and conservatism shapes, has shaped and will continue to shape our national identity.

Americans have ample reason to think deeply and critically about the roots of progressivism, conservatism, and the various ways the two have interacted in history. Today, the widening gap between left and right, as well as the fractures inside the Democratic and Republican parties, have caused widespread political confusion and upheaval.

Opportunities for meaningful discussion often devolve into talking-head repartee and triumphalist chest-thumping. From the tiresome melodrama of cable news to the insipid feeds of social media, it has become clear that spending too much time in one’s own echo chamber comes with certain risks: assumptions unquestioned, perceptions unchallenged, conclusions uncomplicated.

In this age of crippling polarization, the time is ripe for a reexamination, and even redefinition, of what it means to be progressive, and what it means to be conservative, in the twenty-first century. Our summit will provide a rigorous setting for national thought leaders to discuss the ways in which progressives and conservatives might share common ground and common cause: historically, culturally, and philosophically.


Page last modified October 27, 2021
Report a problem with this page