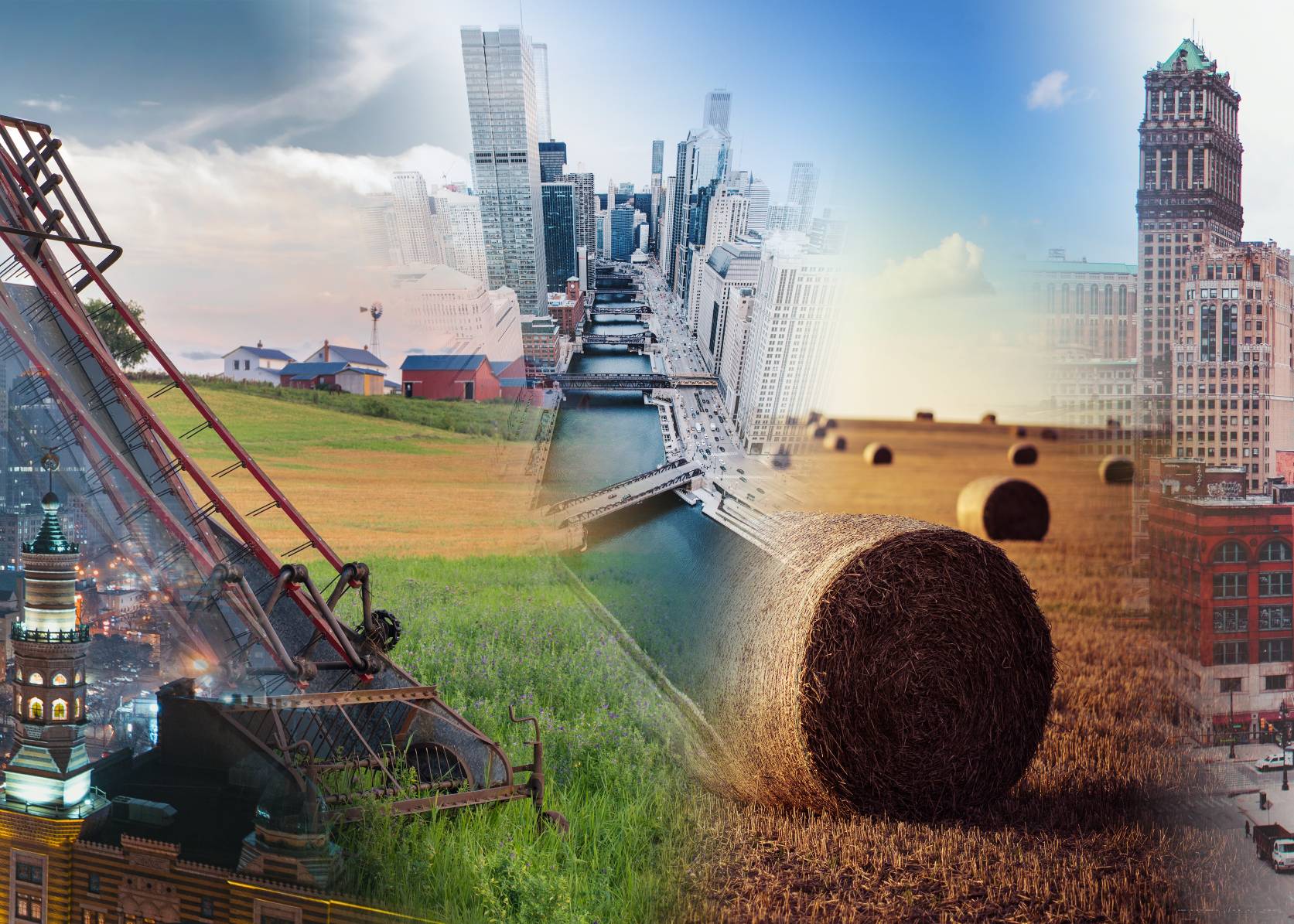 The Midwestern History Conference is offered in partnership with the Midwestern History Association. This conference continues a vibrant discussion that has grown significantly over the last eight years by placing Midwestern studies at the center of American historiography. Scholars from many different career paths and stages with original research gather at this annual meeting, striving to cultivate a rigorous historical understanding of a complex, dynamic, and often misunderstood region.

Information and registration for the Midwest History Conference 2023 will be available in the upcoming months. For now, save the date!

Proposals for the 2023 Midwest Conference are now open! 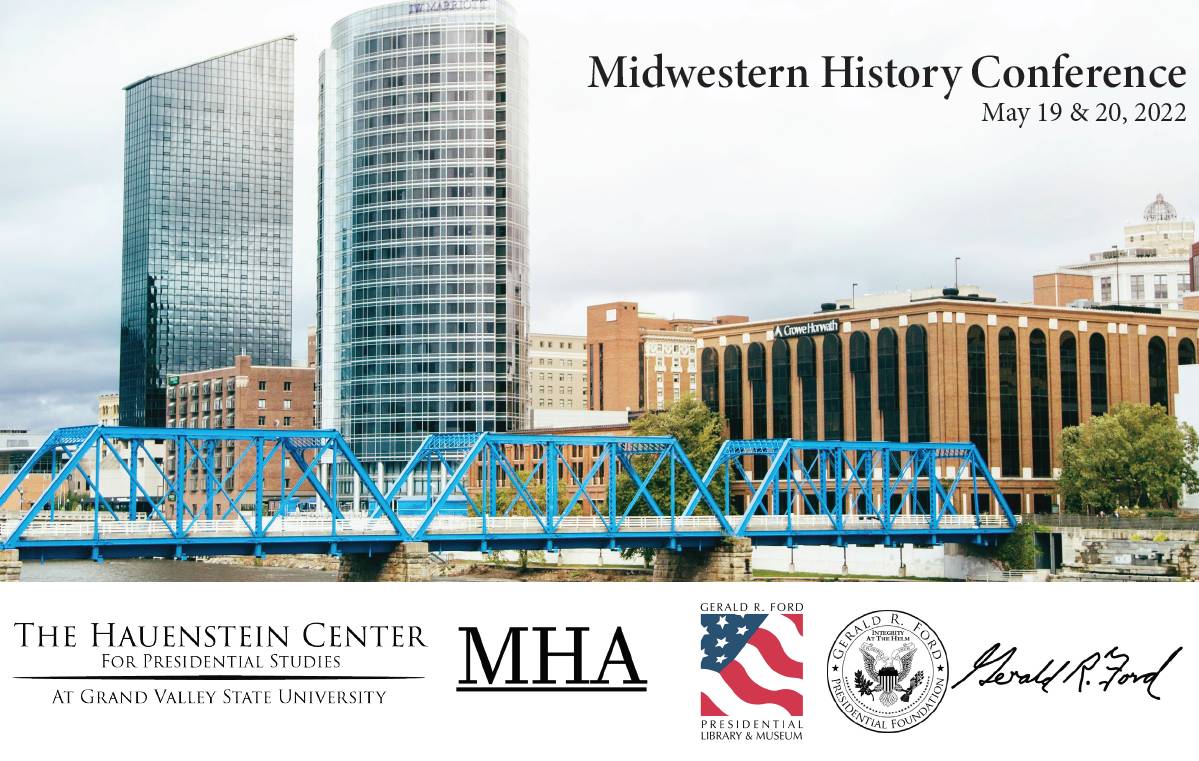 Since 2015, the Hauenstein Center has partnered with the Midwestern History Association to host the annual Midwestern History Conference in one of the region’s fastest-growing cities, Grand Rapids. From an early focus on “the Lost Region” to this year’s theme of “Many Midwests: Constructing Place, Recasting Identity,” the conference has revitalized Midwestern studies. Having found “the Lost Region,” this year’s conference assembles a broad array of historians, scholars, and cultural commentators to continue rebuilding the infrastructure needed for studying the American Midwest. Paired with Michigan and other battleground states’ roles in recent national elections, the region has asserted itself as worthy of such research and scholarship. 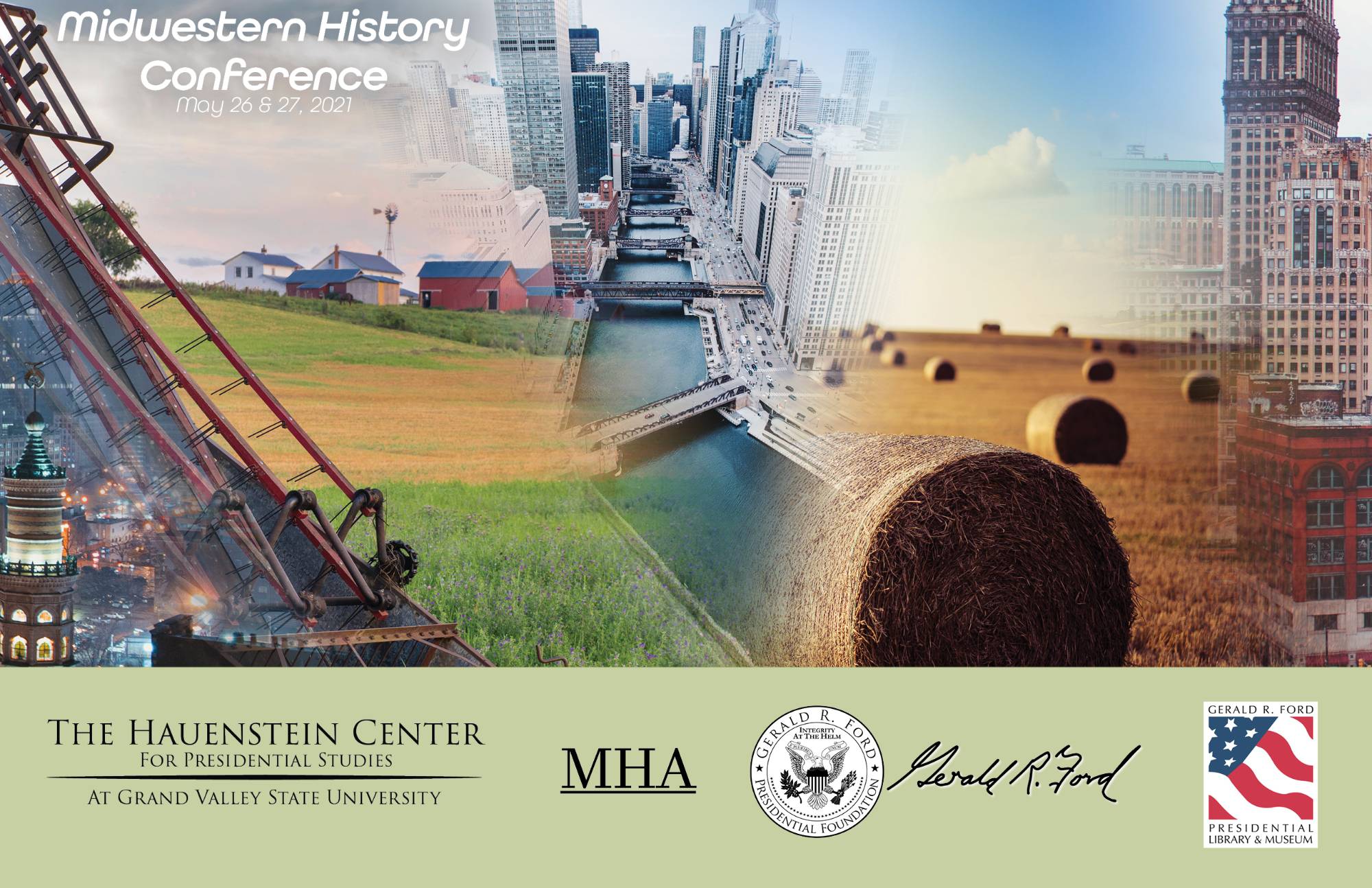 2021- The Midwest at the Intersection of Past and Present

As in 2016, the 2020 election year shined a spotlight on the Midwest. This conference continues a vibrant discussion which has grown significantly over the last six years, a collaborative conference designed to spark – and sustain – a revival of Midwestern studies in American historiography. Infused with the varieties of original research pursued by scholars from many different career paths and stages, this annual gathering strives to cultivate rigorous historical understanding of a complex, dynamic, and misunderstood region.

Hosted for the seventh year by the Hauenstein Center in collaboration with the Midwestern History Association and the Gerald R. Ford Presidential Foundation, Library & Museum, this conference assembles a broad array of historians, literary scholars, and cultural commentators dedicated to rebuilding the field of Midwestern studies. In casting light upon the vast expanse of scholarly terrain available in Midwestern history to those willing to cultivate it in their minds, classrooms, and research centers, “The Midwest at the Intersection of Past and Present” will continue the project of rebuilding the intellectual infrastructure necessary for studies of the American Midwest to flourish. 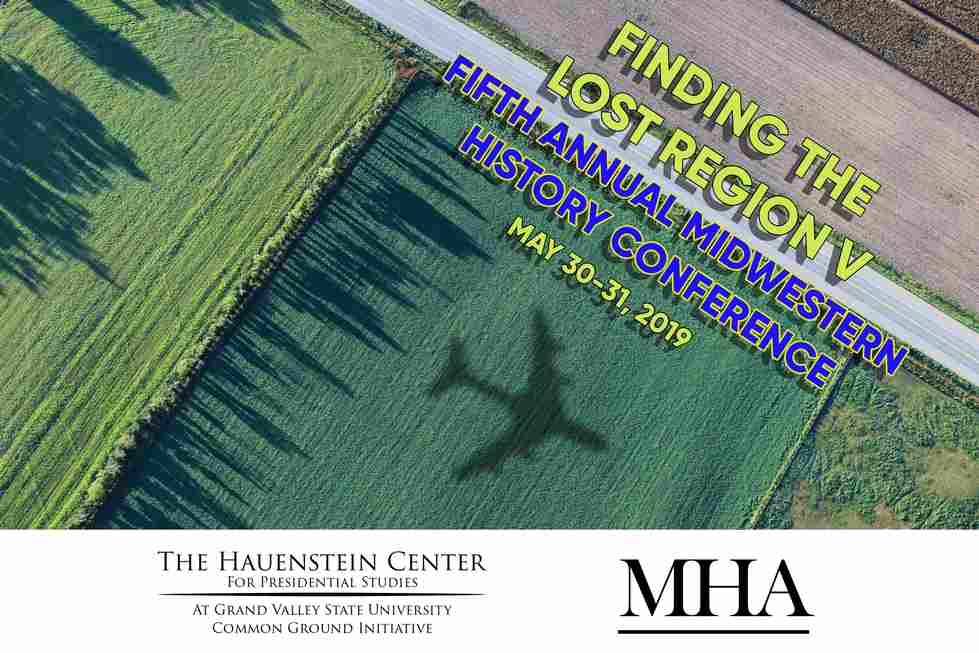 Bounded by the Great Plains and Great Lakes; known for agriculture and industry; for irenic countryside and great cities; labeled the Breadbasket, the Heartland, and the Rust Belt; the history of the Midwest — its peoples and places, cultures and conflicts, aspirations and afflictions —  is the history of America's most common ground. Hosted for the fifth consecutive year by the Hauenstein Center in collaboration with the Midwestern History Association, this conference assembled more than 190 scholars dedicated to sparking — and sustaining — a revival of Midwestern studies in American historiography. It provided an array of panel presentations, round table discussions, and keynote addresses by leading scholars on the rich varieties of Midwestern history.

As globalization continues to transform politics, economics, and culture, historical scholarship focuses on continents, borderlands, and transnational networks. While invigorating, this trend risks understating the importance of region, so pronounced in recent American politics. What about the freshwater oceans that surround Michigan? The interior borderlands that still shape American cultural geography in the twenty-first century? What about the importance of the Midwest to the world as a whole over the centuries? Hosted for the fourth consecutive year by the Hauenstein Center in collaboration with the Midwestern History Association, this conference assembled scholars dedicated to sparking – and sustaining – a revival of Midwestern studies in American scholarship.

In the stunning wake of Election 2016, studies of the Midwest are more crucial than ever for understanding the complex history and shifting politics of the United States. More than at any time in recent memory, the nation’s center of gravity is planted in Midwestern soil. Home to the Great Plains and the Great Lakes; known for agriculture and industry, for majestic countryside and great cities; labeled the Breadbasket, the Heartland, and the Rust Belt; the history of the Midwest – its peoples and places, cultures, and conflicts, aspirations and afflictions – is the history of America’s most common ground.
Hosted for the third consecutive year by the Hauenstein Center in collaboration with the Midwestern History Association, this conference will assemble historians, literary scholars, and cultural commentators dedicated to renewing Midwestern studies. “Finding the Lost Region” will continue the project of rebuilding the intellectual infrastructure necessary for studies of the American Midwest to flourish.

In spring 2015, the Hauenstein Center, in collaboration with the Midwestern History Association, hosted a Common Ground Summit on the history, culture, and art of the American Midwest. Our many speakers asked how the renewed study of the Midwest – a field long neglected by scholars and critics – might shed new light on the development of democracy, the expansion of industry, and the flourishing of pluralism in America.

On June 1, 2016, the Hauenstein Center and Midwestern History Association hosted a continuation of that summit. Committed to the discussion of the Midwest as “America’s Most Common Ground,” our conference featured historians, literary scholars, and cultural critics who are dedicated to rebuilding the field of Midwestern studies. A significant theme of our conversations was the synergy between the revival of Midwestern history and intellectual history in academic discourse. Ultimately, our conference advocated for greater attention to Midwestern history among professional historians, contributed to rebuilding the infrastructure necessary for the study of the American Midwest, and promoted greater academic discourse relating to Midwestern history.

Panels covered topics as varied as the political history of the 18th century Midwest to the contemporary literature of the Rust Belt. Speakers came from universities across the Midwest and nation.

“Thank you very much for a first rate conference on June 1st. It was of very high calibre….[The panel on the Midwest and the civil war was] truly outstanding, one of the best panels I have heard in attending conferences in the past 45 years.”
~James E. Davis on “Finding the Lost Region 2016: Second Midwestern History Conference”
Professor Emeritus at Illinois College

Finding the Lost Region I : A Conference on Rediscovering the Midwest, America's Most Common Ground

What can the culture and history of the Midwest tell us about the development of democracy, the expansion of industry, and the flourishing of pluralism in America?

In comparison to such regions as the South, the far West, and New England, the Midwest and its culture—the history of its peoples and places; its literature, music, and art; the complexity and richness of its landscapes—has sadly been neglected. And this neglect is both scholarly and popular: historians as well as literary and art critics tend not to examine the Midwest seriously in their academic work, while the myth of the Midwest has not, in the popular imagination, ascended to the level of the proud, literary South; the cultured, democratic Northeast; or the hip, innovative West Coast.

Nevertheless, the Midwest has a history and culture well worth exploring, analyzing, and bragging about. The purpose of our conference, titled “Finding the Lost Region: A Conference on Rediscovering the Midwest,” is to excite interest in the Midwest as a region with its own rich, nuanced, and varied history and culture. Our conference will feature keynote addresses and panel discussions on the history, literature, and art of the Midwest, Midwestern leadership and statesmanship, and the budding field of Midwestern Studies. We are inviting numerous scholars—historians, literary critics, geographers—to present on their work on Midwestern life and culture. With this summit we hope to start a conversation on the Midwest that engages the scholarly and popular imagination; most importantly, we hope to start a conversation that lasts.

This conference was co-sponsored by the Earhart Foundation, the Kate and Richard Wolters Foundation, and the Russell Kirk Center for Cultural Renewal.


Page last modified November 7, 2022
Report a problem with this page