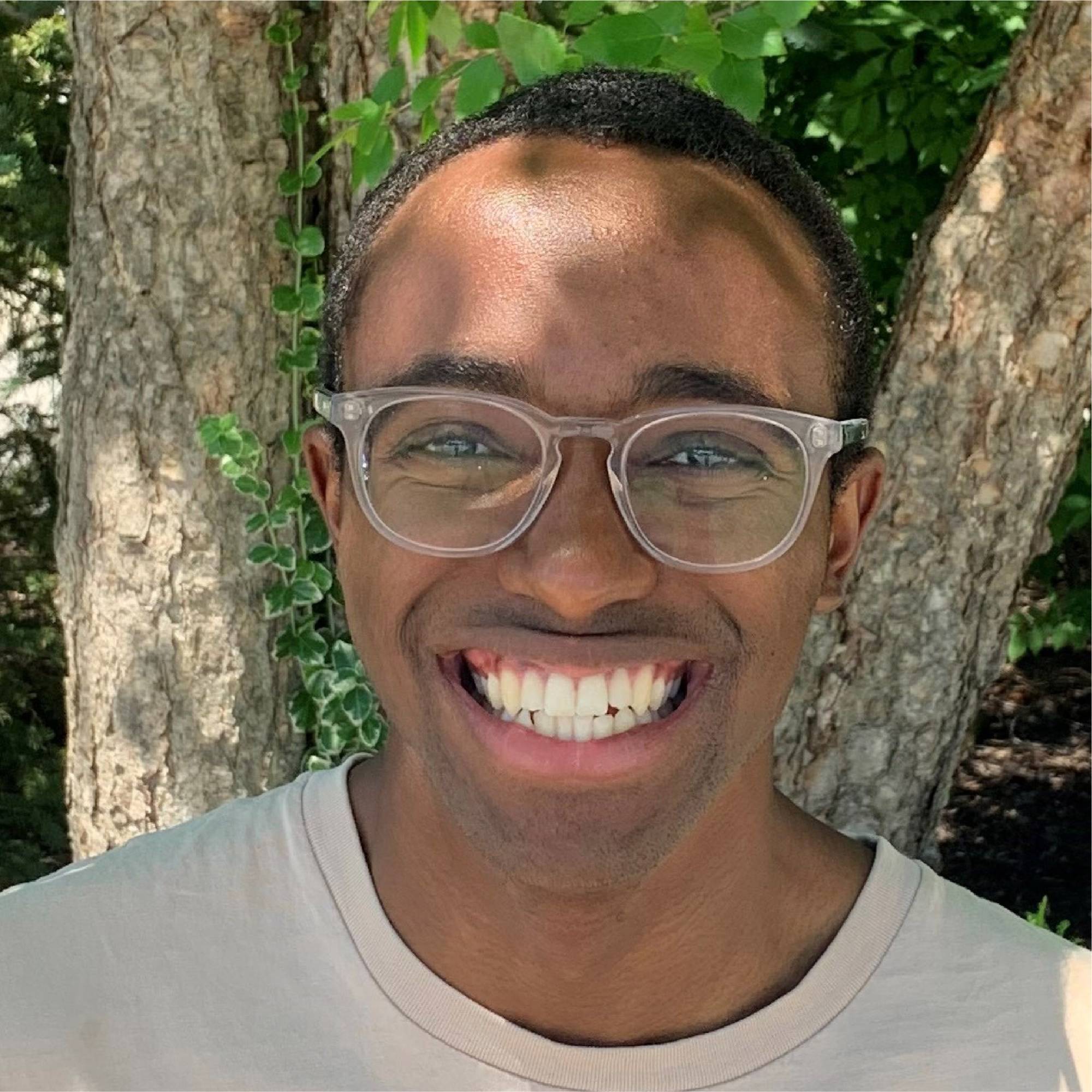 Nintendo – for some it may seem like a simple video game, but for Kobe Wright, Class of 2024, it opened a world of possibilities for his future.

“When I was younger, I was really into Nintendo, but I didn’t really know that Nintendo was Japanese,” Kobe said. “Over the years, I discovered more about Japan and its different society, cuisine, and lifestyle.”

As an aspiring cartoon artist, Kobe was drawn to the different linguistic system and the style of Japanese characters. He started teaching himself Japanese in high school and knew he wanted to find a way to continue to study the language.

When Kobe started his college search, he looked for schools that would expand his knowledge in art and Japanese. He found the perfect combination at Grand Valley.

“The whole reason for me to go to college is for me to become more skilled in animation and art, as well as discovering more about Japanese culture and the language,” Kobe explains. “I chose to attend Grand Valley because of its promising art program and also for its Japanese program.”

Kobe excelled in his foundational art classes and enjoyed learning from new experiences and perspectives, but he found that his favorite parts of GVSU were his Japanese classes.

“Taking classes at Grand Valley really solidified my interest in Japanese,” Kobe said. “I learned so much and began having thoughts of not just learning about the culture, but actually wanting to live there. Studying abroad became a must do.”

Having the opportunity to study abroad would not be possible for Kobe without financial assistance. The Thompson Working Families Scholarship gave Kobe the support to attend GVSU without worrying about the cost of tuition, and the Mark A. and Elizabeth C. Murray Scholarship allowed him to explore educational opportunities beyond his home country.

“I plan on studying abroad through the IES Abroad program, which takes me to the Kanda University in Chiba Prefecture in Japan,” Kobe explains. “I also plan on doing a homestay so I can really immerse
myself in the whole culture.”

From drawing and playing Nintendo as a little boy to studying film and video in Japan, Kobe has come a long way. All of these opportunities were made possible for Kobe because of the support of donors.

“When I received these scholarships, I was ecstatic. Your generosity helped me to succeed, meet new people, and try new things. I am so grateful,” Kobe said. “Thank you, donors, for supporting my dreams
and ambitions.”

Because of the support of scholarship donors, Kobe has the confidence, skills, and determination to tackle whatever challenge comes next.

“No matter what I do or where I live, I will always pursue the passion I had since I was two years old, making cartoons,” Kobe pledges. “One day, I will definitely have my own cartoon series and movies.”

Back to Your Impact


Page last modified September 22, 2022
Report a problem with this page