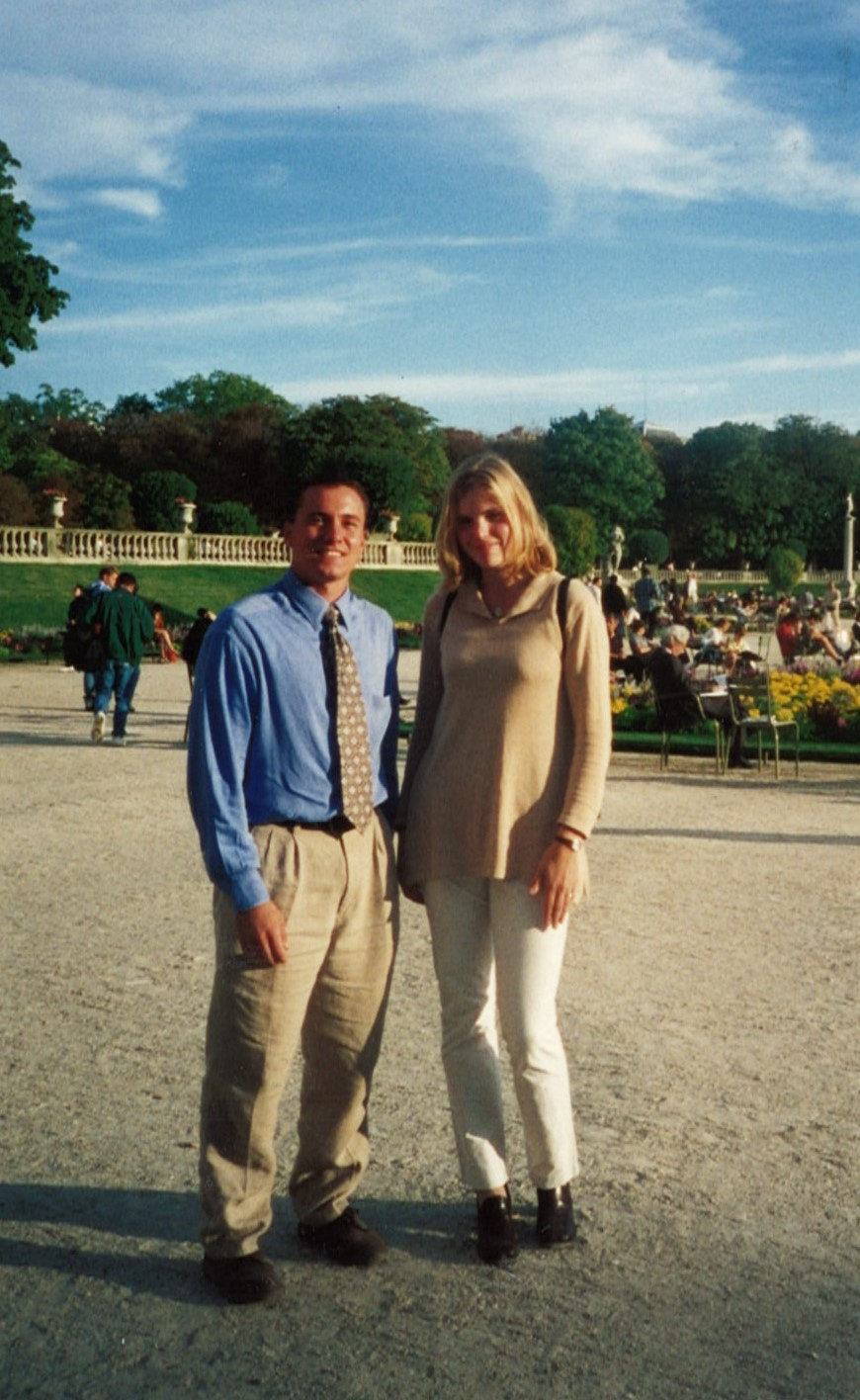 Dan Giedeman and his wife, Esther Wieland, are pictured in 1998 in France. Last year, Giedeman sent a tweet on the anniversary he met Esther in Paris and was later contacted by CNN Travel.

Dan Giedeman, professor of economics, was interviewed for a story, "The Couple Who Met at the Top of the Eiffel Tower," published in CNN Travel.

Paul Isely, professor of economics and associate dean of the Seidman College of Business, was interviewed by multiple media outlets, including WOOD-TV, FOX 17, MSN and Capital.com, for stories related to the impact of sanctions on Russia.

Gayle Schaub, library liaison, was featured in a special report, "The Library of the Future," published by the Chronicle of Higher Education.

Corey Anton, professor of communications, was interviewed for a story, "Immortality Would Produce its Own Set of Problems," published in the English-speaking newspaper, Iran Daily.

Whitt Kilburn, associate professor of political science, was interviewed about President Biden's State of the Union address for a story published in the Holland Sentinel.

Carolyn Shapiro-Shapin, professor of history, had her research on Pearl Kendrick and Grace Eldering, developers of the whooping cough vaccine, recognized by Smithsonian Magazine.

The Occupational Science and Therapy program was referenced in an article, "Sensory Awareness Programming Offered Throughout the Community," published by Rapid Growth. Jennifer Fortuna, assistant professor of occupational therapy, and graduate students participated in a service learning project to improve the accessibility of a new exhibit at the Grand Rapids Public Museum.

Faculty and staff members who have given presentations or had their research published are detailed below. The campus community can self-submit a sketch online for future publication.

Christina Catanese, education specialist at AWRI, facilitated an event, “Research Reimagined: Moving with Microbes,” for the American Society for Microbiology.

Charles Pazdernik, professor of Classics, wrote a chapter, "War and Empire in Procopius' Wars," for a book, "A Companion to Procopius of Caesarea," in the series, Brill's Companions to the Byzantine World.