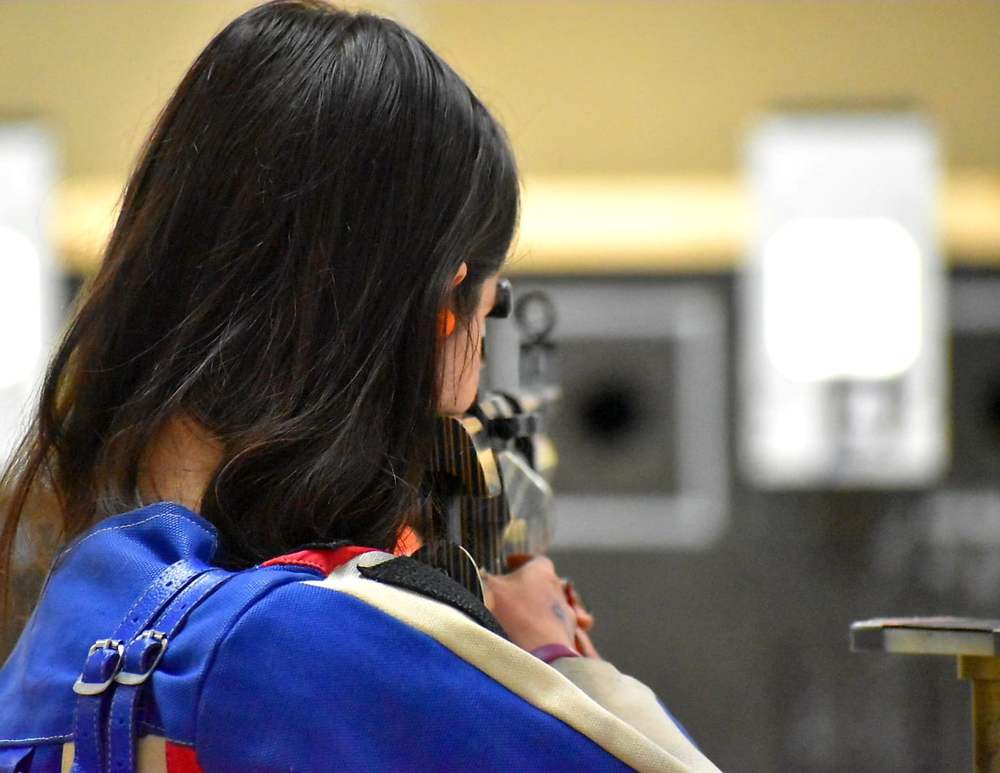 LANSING, MICHIGAN – A shooter from the Grand Valley State University Rifle and Pistol Club competed in the State of Michigan USA Shooting Junior Olympic Qualifier at Capital City Sportsmen’s League on February 13, 2022. The match consisted of shooting in two different disciplines, smallbore rifle (60 total shots fired from the prone, standing, and kneeling positions at 50 feet) and precision air rifle (60 shots fired in off-hand position at 10 meters). Junior shooters can participate in State Competitions sanctioned by USA Shooting, allowing them the chance to receive an invitation to shoot at the National Junior Olympic Championships hosted by USA Shooting in Hillsdale, Michigan in May 2022.

Sophomore, Kathryn Karas (Carleton, Michigan), finished third overall in women’s smallbore with a score of 539 (out of 600). The score was tops among the collegiate entries in the match. It was also the top score in the U21 age category.

Karas shot 556 (out of 600) in air rifle, finishing third in the women’s division again. Of note, the score was also higher than all the men’s division competitors also.

“Kate continues to improve every match. She is poised to be a key contributor for us going forward," remarked Head Coach Cameron Zwart.

Invites for the National Junior Olympic Championships should be announced in the spring.

The mission of the GVSU Rifle & Pistol Club is to provide all students with the opportunity to participate in shooting sports, with an emphasis in three-position smallbore rifle, international air rifle, and air pistol. Regardless of skill or ability, all members can have a safe and enjoyable time interacting with fellow students and engaging in marksmanship. All equipment is provided, including guns, ammunition, and targets. The club meets Tuesdays from 3:00 PM – 7:00 PM and Thursdays 5:00 PM – 10:00 PM during the school year at the Grand Rapids Rifle & Pistol Club (1331 Nagel Ave SW, Wyoming). Practice attendance is not mandatory to be a member of the club; however, regular practice attendance is expected.


Page last modified February 16, 2022
Report a problem with this page