This past weekend, the Laker Navy completed their 3rd installment of the intersquad regattas. Earlier in the week, athletes began with some racing on the ergs, retesting the 6k distance. Many athletes hit a season personal best, and some even set new personal records! After some tough work on-land, racers hit the water for an obstacle course to practice their steering in small boats. Even Coach Dan took a spin around the course to show the rest of us that he's still got it! Saturday's racing really saw this work pay off, with lots of improvements both in the small boat and big boat categories.

Athletes woke up bright and early Saturday morning for a busy day of racing! With 13 events total, athletes showed off all their racing skills in both small and big boats over the longer 1500m distance and some 500m dashes! The first race of the day was the Men's pair, which saw Anthony Vrooman and Kyle Emerson of Team Haley take the gold by 20 seconds. Next came the Women's 4+. The powerful ladies of Team Eddie took the title for this race, followed by Team Melissa in second place. Team Eddie also finished first in the Men's 1x, a close race was taken by junior Will Van Houten. The women of team Melissa came back for another win, grabbing first place in the Women's 2-. Team Jaydon then took their first win of the season, with freshman Jo Patterson taking the title in the Women's 1x! Next came the Novice 4+, with Team Haley defending their title for the second weekend in a row. Team Melissa's Men's 2x then had a decisive victory, beating out their competition by an impressive 30 seconds. After that, the Varsity 4+ 500m sprint came up to the line, a close race that saw team Eddie crossing first followed by all other crews within 6 seconds. Next came the Women's 2x, again going to team Melissa. Team Melissa also took first place in the Mixed 8+, edging out team Haley by 2 seconds. Team Haley came back for a first-place finish in the Novice 2x 500m sprint. The last race of the day saw Team Melissa cruise across the finish line first in the Mixed 8+ 500m with a time of 1:44.1. After a successful regatta, team Melissa took the title for the day with 68 points. Team Haley totaled 57 points for the day, closely followed by Team Jaydon with 55.5, then team Eddie with 47. Team Melissa still stands in 1st place for the season at 166.5 points. Team Haley comes in second with 139, Team Jaydon in third place with 131.5, and team Eddie close behind with 124.

With their first win under their belt, Captain Jaydon says, "This spring season, my crew mates have set a standard for years to come. Although we may not have finished at the top of many races, our victories are too plentiful to count. A boat finishing one place higher than before, cleanly racing such that all of our power could be applied, walking on another boat, and even earning a first-place finish are just a few of the countless victories that motivated us to work harder and focus in preparation. In hindsight, our failures were the most valuable gifts of all. Finishing a regatta feeling the need to improve oneself for the sake of the team is a recipe for exceptional gains in the following days. Not only has our racing improved, but our team dynamics and sportsmanship have become exemplary of the Laker Navy. With selfless mentorship by our varsity members, the inexperienced members — and our crew as a whole — showed serious growth across many areas. Progress has been made both as individuals and as a unified crew. Through the course of this strange season, our team has developed a closeness with each other that will never fade. The highest honor any one of us could receive is the opportunity to be strapped in a boat with our newfound family and driving to the utmost capacity for our crew mates. That's what it's all about." Athletes all across the board will be spending this next week with some technical challenges, looking to further refine their technique and continue building boat speed. We're all excited for our last regatta this upcoming weekend and to see who will be the Laker Navy Spring 2021 Champion! 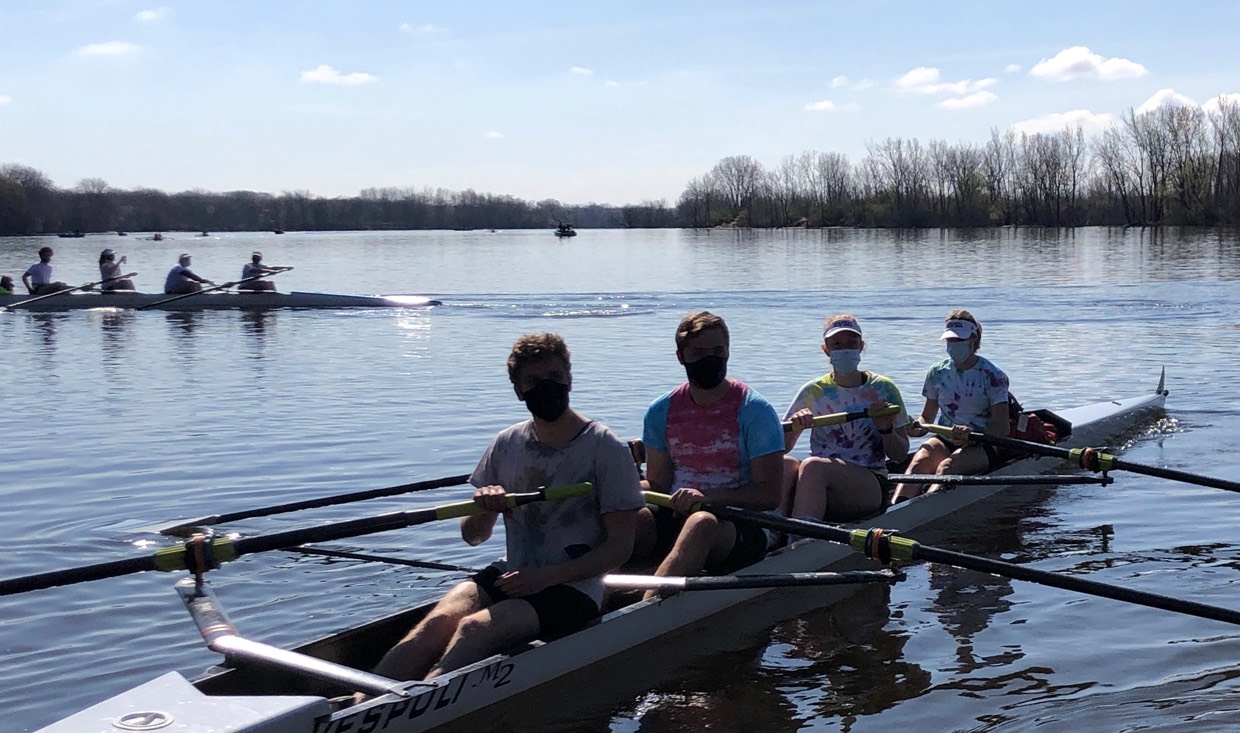 Page last modified April 26, 2021
Report a problem with this page