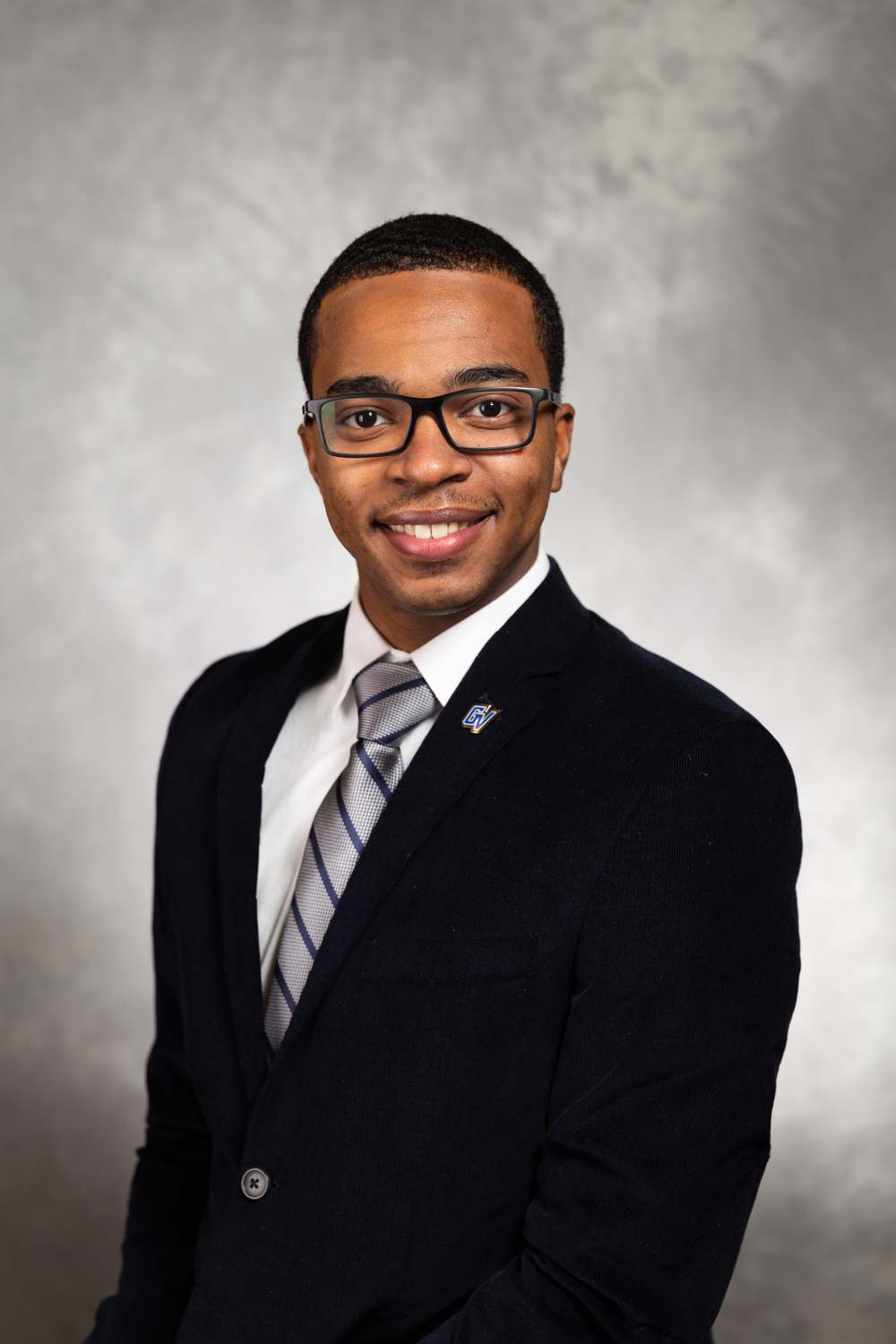 Julian Sanders is a political science major with a minor focus in criminal justice. Before he came to GVSU, he knew he wanted to get involved outside the classroom in a way that would allow him to engage with the community. He currently serves as a member of the Student Senate. The Student Senate hosts campus events, pushes for changes that benefit Grand Valley’s students, and acts as the link between the student body and staff. Other organizations that Julian is involved in, Black Male Scholars and GVSU’s Law Society, also allow him to form connections with the campus body.

Julian’s Senate involvement has allowed him to embrace his skills as a leader and continue to have a positive impact on Grand Valley students and beyond. “I have grown to really enjoy witnessing change [being] made on campus,” Julian says. “Knowing that I have a role in the change that is happening is humbling yet exciting.”

Thanks to his involvement, Julian has gained a new perspective on the importance of leadership and activism. If you’d like to get involved as well, find your next community on LakerLink and see what you can do to make a difference.


Page last modified August 9, 2021
Report a problem with this page