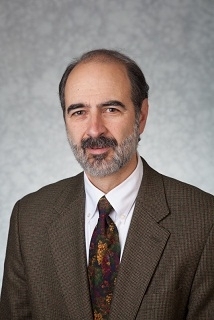 "Vetoes and Venues: Economic Crisis and the Roads to Recovery in Michigan and Ontario." Canadian Journal of Political Science 47:4 (2014). Download

"The Roots of Confidence in the European Union" (with Polly J. Diven).  Horyzonty Polityki / Horizons of Politics 4:8 (2013). Download

"Playing the Field: Federalism and the Politics of Venue Shopping in the United States and Canada." Publius: The Journal of Federalism 40:3 (2010). Download

“The Europeanization of Interest Group Politics in Italy: Business Associations in Rome and the Regions.” Journal of European Public Policy 11:6 (2004). Download

"Multi-level Lobbying in the European Union: A Paired Sectoral Comparison Across the French-Italian Border." Regional and Federal Studies 6:3 (1996). Download

Biography
I developed and have taught a variety of comparative politics, international relations, and research methods courses for the political science department, and also have served as the department chair and international relations program coordinator. My research focuses on the domestic politics of European and international integration. This work includes projects on global public opinion and on interest group strategies in Canada, the U.S., France, and Italy. My interest in Italy began as a graduate student at the Johns Hopkins Bologna Center. Later, I was a visiting fellow at the EU's European University Institute in Florence, and a Fulbright scholar in Genoa. I helped develop the department's faculty exchange with the University of Perugia, and have visited Grand Rapids' beautiful sister city several times. I also enjoy visiting Greece, where I have family in the Peloponnese and Chios. Before starting my academic career, I was an international economist for a management consulting firm, and a manager for two international development agencies, CRS in Senegal, and ACCION in Boston.


Page last modified March 26, 2019
Report a problem with this page