The GV in DC Endowed Scholarship, a joint project of the DC Alumni Chapter and the Political Science Department, helps Grand Valley students study and intern in Washington, D.C. Our partnership with the Washington Center is just one of the ways that current students can pursue unique learning opportunities and continue their professional development in our nation's capital. The GV in DC scholarships assist with the additional costs of travel and higher DC living expenses, which otherwise put these opportunities out of reach for some students.

Please consider donating to this exciting and important initiative. Please give today.

Dr. Batchelder’s interest in international cultures and political affairs, delight in adventure and belief that direct experience adds greatly to student learning led him to organize and lead several overseas study programs within the Political Science Department. He developed curriculum and facilitated the travel of more than 80 students to Russia and Poland from 1976-1990. The programs were coordinated with universities in the host countries and provided GVSU students an opportunity to interact with overseas peers and political and business leaders. Dr. Batchelder especially enjoyed these programs and the lasting friendships he developed with the students who participated.

Until his death in April 2006, Dr. Batchelder continued to sing the praises of a GVSU education and regularly corresponded with former students who, through meaningful shared experiences, became his friends. Dr. Batchelder’s family is proud of his accomplishments at GVSU and the devotion to political science education that they represent, and is pleased to have instituted this political science scholarship in his name. We believe Dr. Batchelder would be happy, as well, to help pave the way for more students’ adventures in learning. 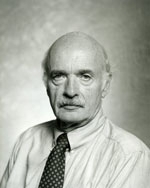 The Baum Endowment was established to reflect the shared interests of Baum family members. Professor Emeritus William "Bill" Baum, who died in 2007, was a political science professor at Grand Valley for 40 years and retired in 2005. Nancy Baum, a Grand Valley dance educator, died in 2011. Their son Jefferson taught dance at Grand Valley from 2000-2007.

Professor Baum was a strong supporter of the arts, especially classical music. Besides his appointment in the Department of Political Science, where he taught courses on constitutional law, political thought and the Holocaust, he also taught in the Department of Music. Students appreciated his creativity, intellect and his ability to challenge them. Bill’s commitment to education and democracy will live on through the endowed William Baum Lecture Series, which has enabled us to bring numerous speakers and classical musicians to Grand Valley.

The Joseph Stevens Freedom Endowment was established by GVSU in 1990 to fund lectures to promote the understanding of issues related to human freedom, including a special focus on the history and consequences of the Holocaust. 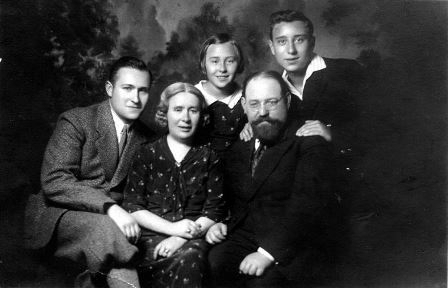 Mr. Stevens, a native of Poland, immigrated to the U.S. in 1949 and moved to Grand Rapids. Stevens evaded Hitler’s World War II death camps by concealing his Jewish identity and working as a laborer, teacher, and even an emissary between a Catholic parish and the Germans because of his facility with the German language. He was also a leader in the underground raids against Nazi soldiers.

Stevens delivered lectures about his wartime experiences to GVSU Political Science Professor William Baum's Holocaust class. Stevens’ relationship with Grand Valley began in 1988, when he spoke about his war memories to a new class about the Holocaust, established by political science professor William Baum. It was Stevens’ first time talking publicly about his experiences. His sons Richard and Jack had encouraged him to write down his stories to preserve them. When Lubbers heard about the compelling lectures and the manuscript, he determined it would become Grand Valley’s first university-published book. English Department faculty members became involved in the project, Baum wrote the preface, and Hank Meijer, of Meijer, Inc. underwrote production costs. Mr. Stevens died in December 2011, just prior to his 94th birthday. Through the efforts of Grand Valley President Emeritus Arend D. Lubbers, Stevens’ wartime experiences were published in his memoir, Good Morning, in 2001.


Page last modified February 24, 2022
Report a problem with this page