If you've always had access to water, it's hard to imagine not having water available at a moment's notice from any faucet in your home. But it's a reality for millions of Americans.

In the United States, over two million people do not have access to running water and basic indoor plumbing and another 30 million live in areas where they don't have safe drinking water. Additionally, "110 million people are exposed to toxic chemicals in their drinking water" and "15 million people have had their supply cut off because of the country’s huge water affordability crisis" (The Guardian). 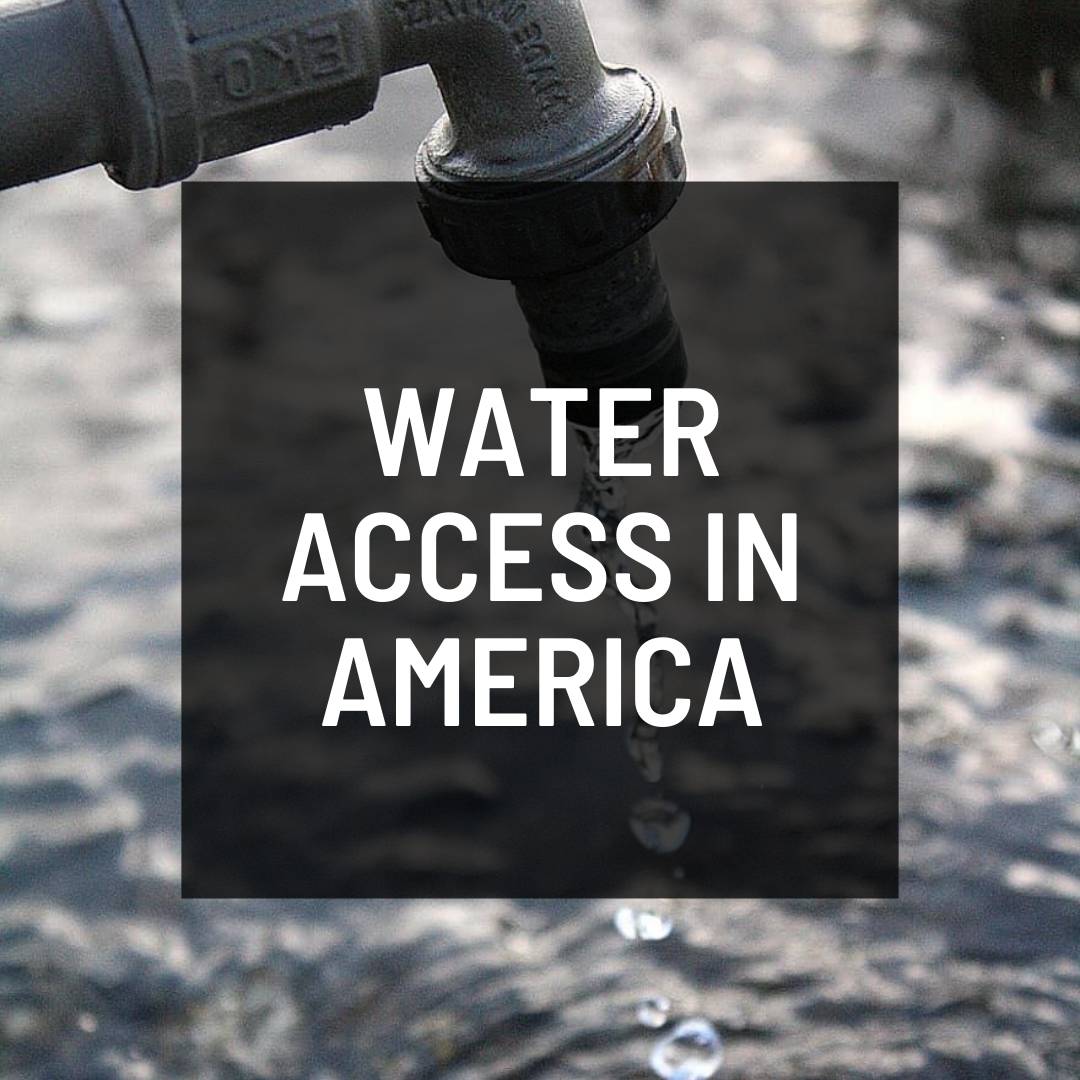 Water access is commonly impacted by the people who control it, that is, the cities and organizations which control who gets water, where that water comes from, and how that water is protected. Location is a big factor in Americans' access to clean water. Both in cities and rural areas, a home's water can be impacted by runoff and other pollutants that are insufficiently regulated.

In almost all cases, low-income communities and communities of color are most impacted by lack of access to water. Increases to the cost of water and water shut offs affect these communities most.

Where the Water Goes: Life and Death Along the Colorado River (2017) by David Owen

The Colorado River is an essential resource for a surprisingly large part of the United States, and every gallon that flows down it is owned or claimed by someone. David Owen traces all that water from the Colorado’s headwaters to its parched terminus, once a verdant wetland but now a million-acre desert. He takes readers on an adventure downriver, along a labyrinth of waterways, reservoirs, power plants, farms, fracking sites, ghost towns, and RV parks, to the spot near the U.S.–Mexico border where the river runs dry. nonfiction

Unquenchable: America's Water Crisis and What to do About It (2009) by Robert Glennon

Robert Glennon captures the irony—and tragedy—of America’s water crisis in a book that is both frightening and wickedly comical. From manufactured snow for tourists in Atlanta to trillions of gallons of water flushed down the toilet each year, Unquenchable reveals the heady extravagances and everyday inefficiencies that are sucking the nation dry. nonfiction

"Is it too much to ask for Americans to have access to clean water in 2020?" The Guardian

"Revealed: millions of Americans can’t afford water as bills rise 80% in a decade" The Guardian

NowThis World explores the lack of access to water that impacts communities in America and how it is related to the lack of urgency to save the failing infrastructure throughout the country. It's not just in Flint, Michigan; other communities, particularly less privileged communities, suffer from the same lack of clean water.

O’Brien, Texas is just one of thousands of small communities in the United States that struggle to find the resources to ensure that the water coming out of the tap is safe to drink. The recent budget proposal by the Trump administration will only make matters worse. Watch this documentary short produced by Tom Rosenberg and Earth Institute fellow Madison Condon details one shrinking town’s drinking water crisis.

"Why millions of Americans could be drinking bad water" BBC News

While Flint made headlines two years ago when 12 people died due to high lead levels in the city's water, more than 1,000 water systems across the US have drinking water that fails safety standards for lead.

Flow: For The Love Of Water (2008) directed by Irena Salina and Dan Berger

Water is the very essence of life, sustaining every being on the planet. Flow confronts the disturbing reality that our crucial resource is dwindling and greed just may be the cause. documentary

The Water Front is the story of an American city in crisis but it is not just about water. The story touches on the very essence of our democratic system and is an unnerving indication of what is in store for residents around the world facing their own water struggles. documentary

What You Can Do 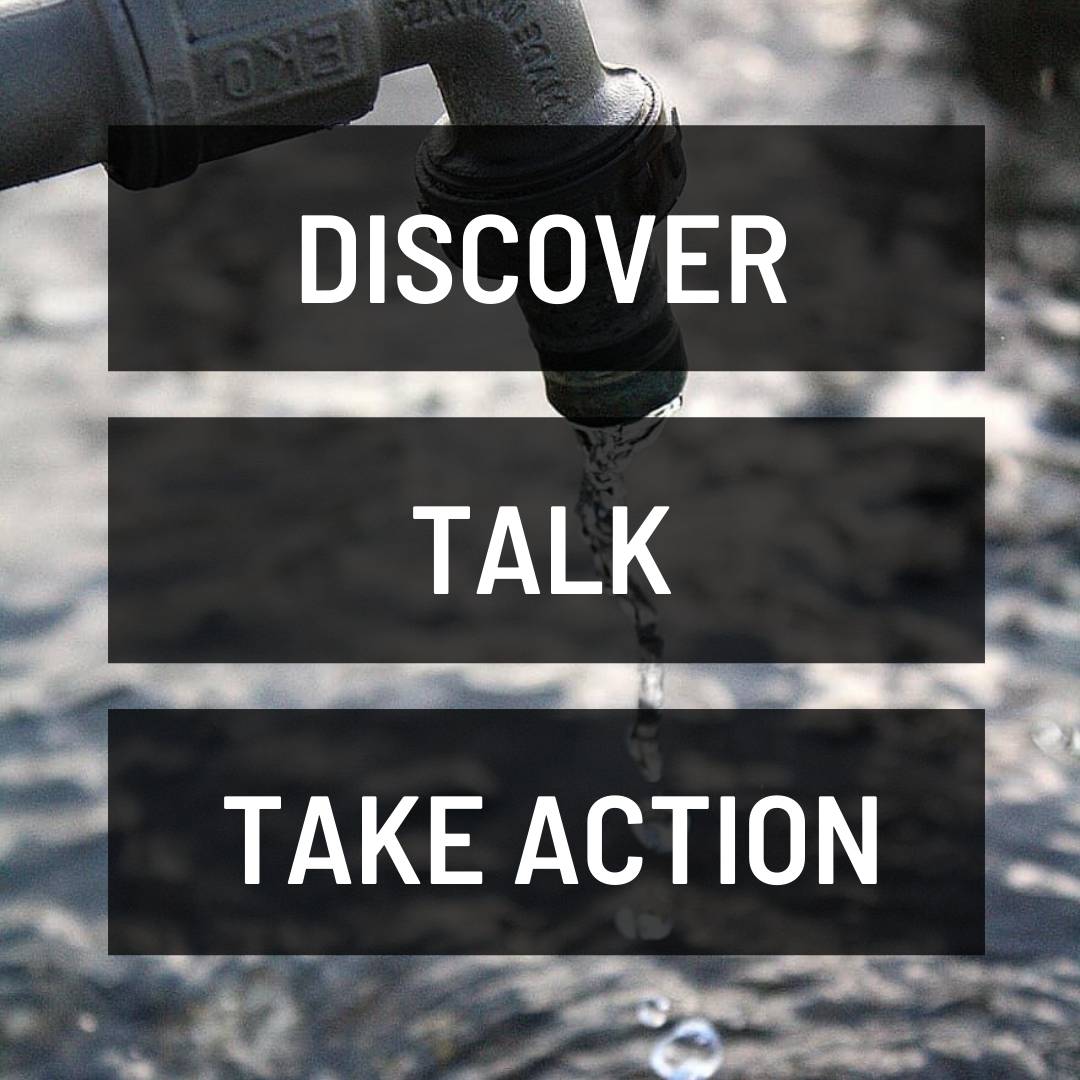 While you continue to educate yourself on issues like access to water that affect the communities around you, remember to have open dialogues with friends, family, and colleges about the ways that access to water clean is not always equal. Recommend different resources from above that helped broaden your own perspective and continue the conversation.

With all social justice issues, it’s important not only to have open discussions but to take action if and when you are able. Below are a number of places to get involved through donations, participation in events, and simple actions.

If you have any other information or resources related to water access in America or other issues, please let us know at mwi@gvsu.edu.


Page last modified August 5, 2020
Report a problem with this page