What is the Flint Water Crisis?

In 2014, the city of Flint began using water from the Flint River as opposed to water from Detroit as they had previously, in an attempt to save money. The residents immediately noticed changes to the taste, color, and quality of their water, despite the city insisting on the water being safe. It was quickly discovered that there were high levels of lead, along with other chemicals, in the water. The methods of determining the levels of lead in the water were flawed and often skewed through disregarding some of the highest results to bring down the average.

Despite opportunities to reconnect to Detroit's water, Flint is still currently without clean, safe water for all residents. Numerous organizations have worked to raise money and donate water to the people, but there is no overall implemented solution. You can learn more here. 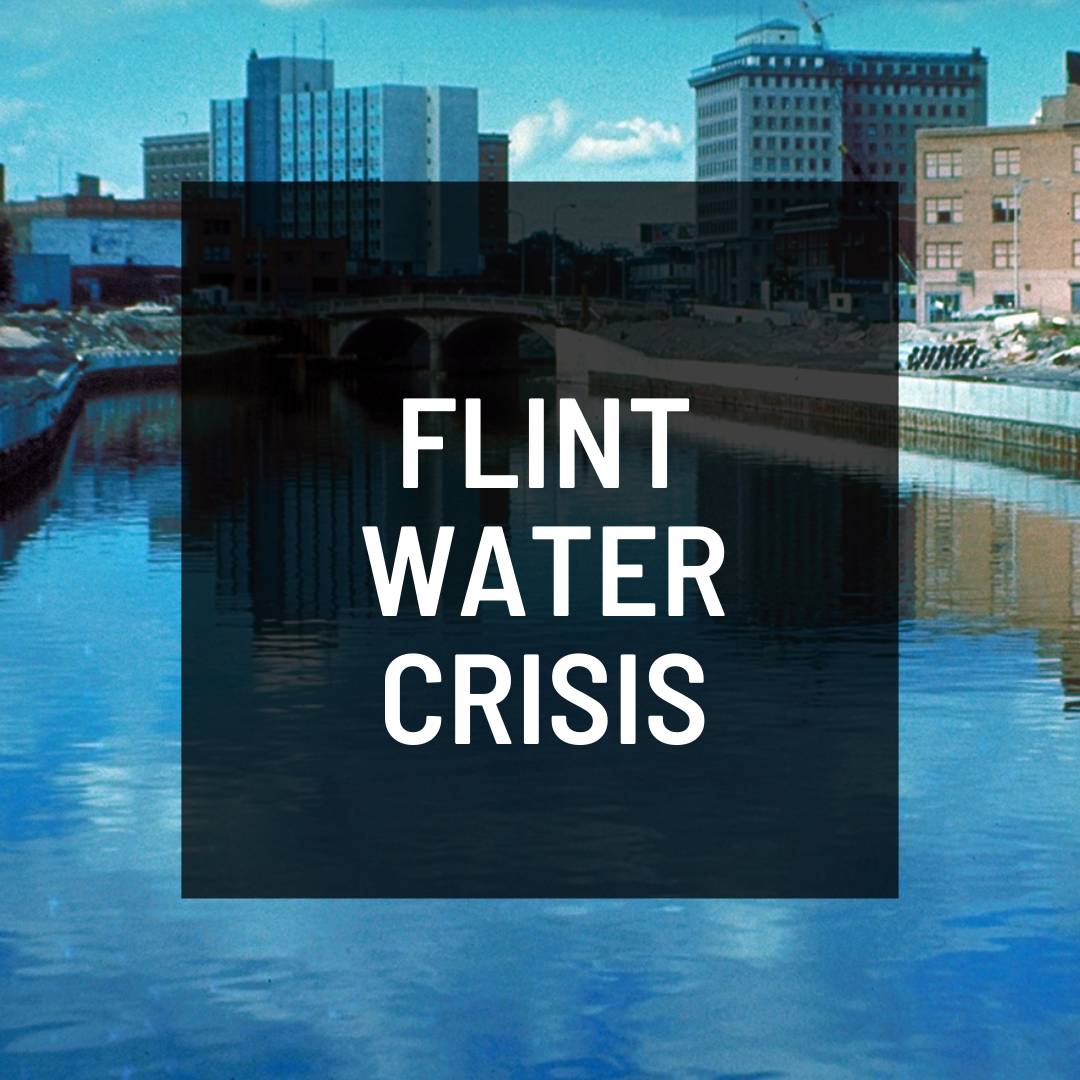 Who does it affect most?

Flint's population is majority Black and typically lower income. As tap water is no longer an option, lower income residents have had much more difficulty accessing bottled water to use in place of the tap. And this isn't just for drinking. Bottled water is used for cooking, bathing, and washing up as well.

The effort to bring awareness and change to the crisis has been entwined with the Black Lives Matter movement as Black people and people of color are disproportionately facing the consequences of consuming contaminated water. Alongside the health effects, the community has faced a decline in their overall quality of life.

The Poisoned City: Flint's Water and the American Urban Tragedy (2018) by Anna Clark

The Poisoned City recounts the gripping story of Flint’s poisoned water through the people who caused it, suffered from it, and exposed it. It is a chronicle of one town, but could also be about any American city, all made precarious by the neglect of infrastructure and the erosion of democratic decision-making. Cities like Flint are set up to fail―and for the people who live and work in them, the consequences may be mortal. nonfiction

What the Eyes Don't See: A Story of Crisis, Resistance, and Hope in an American City (2018) by Mona Hanna-Attisha

What the Eyes Don’t See is a riveting account of a shameful disaster that became a tale of hope, the story of a city on the ropes that came together to fight for justice, self-determination, and the right to build a better world for their—and all of our—children. nonfiction

Flint Fights Back: Environmental Justice and Democracy in the Flint Water Crisis (2019) by Benjamin J. Pauli

An account of the Flint water crisis shows that Flint's struggle for safe and affordable water is part of a broader struggle for democracy. nonfiction

Flint's Deadly Water, drawing from a two-year investigation, uncovers the extent of a deadly Legionnaires’ disease outbreak during the Flint water crisis — and how officials failed to stop it. documentary

"A creative solution for the water crisis in Flint, Michigan" TedTalk by LaToya Ruby Frazier

Artist LaToya Ruby Frazier spent five months living in Flint, Michigan, documenting the lives of those affected by the city's water crisis for her photo essay "Flint is Family." As the crisis dragged on, she realized it was going to take more than a series of photos to bring relief. In this inspiring, surprising talk, she shares the creative lengths she went to in order to bring free, clean water to the people of Flint.

The water crisis in Flint, Michigan is a prime example of science being ignored, unknown, or even misused. Here's the chemistry behind how so many things went wrong.

"Do not drink: The water crisis in Flint, Michigan" (2016) from Reveal

You may have heard about the problems in Flint: about how the tap water can be brownish, stinky, funny-tasting. After denying there was a problem for more than a year, state and city officials finally admitted it – there was too much lead in the water. On this hour of Reveal, you’re going to hear the whole story of how people in Flint went from trusting their tap water to fearing it. And thanks to Michigan Radio’s Lindsey Smith, who produced an incredible documentary called “Not Safe to Drink,” we dive right in.

What You Can Do 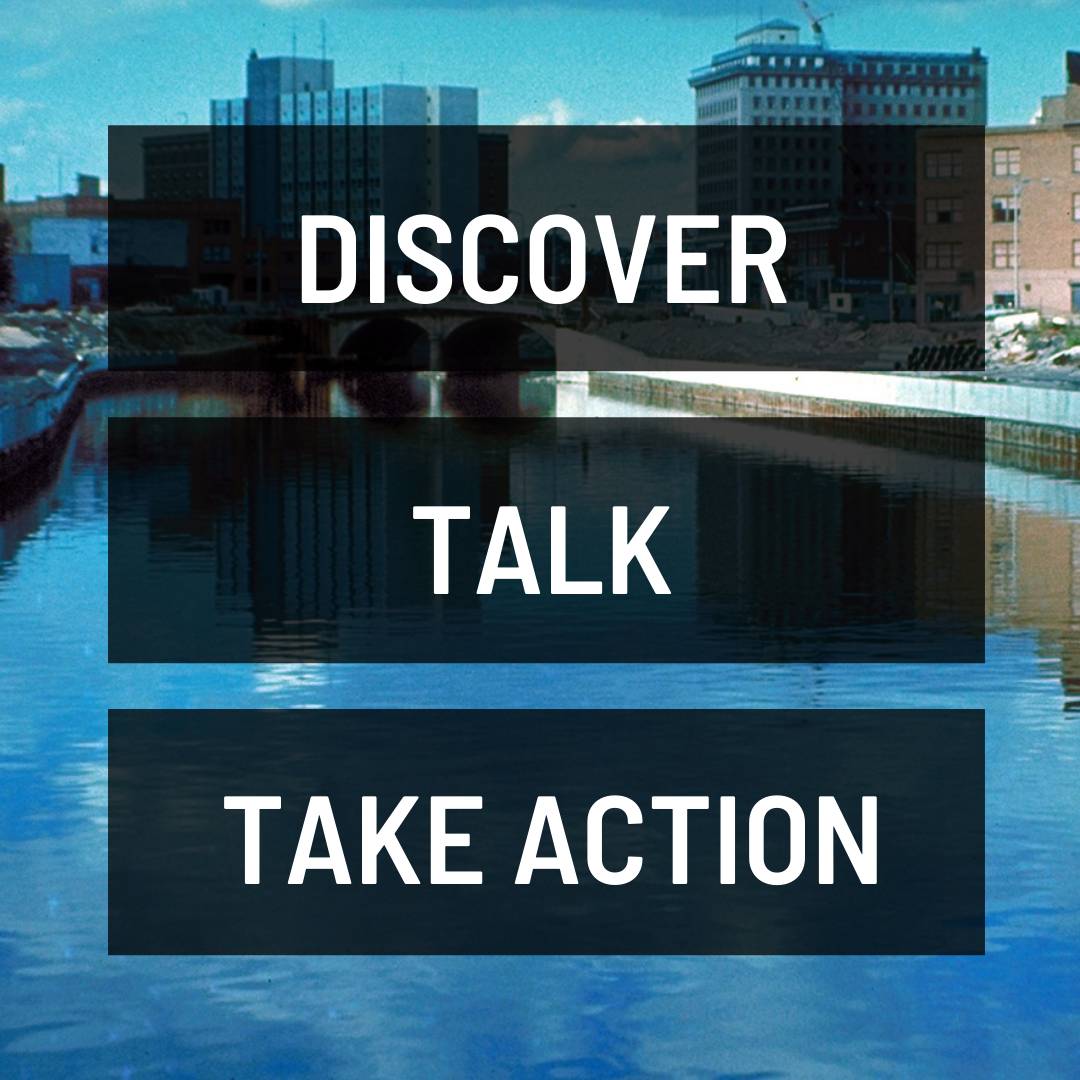 While you continue to educate yourself on issues like the Flint Water Crisis that affect the disadvantaged communities, remember to have open dialogues with friends, family, and colleges about the ways that access to water clean is not always equal. Recommend different resources from above that helped broaden your own perspective and continue the conversation.

With all social justice issues, it’s important not only to have open discussions but to take action if and when you are able. Below are a number of places to get involved through donations, participation in events, and simple actions.

5 Ways You Can Help Flint, Michigan, Amid the Water Crisis

If you have any other information or resources related to the Flint Water Crisis or other issues, please let us know at mwi@gvsu.edu.


Page last modified July 15, 2020
Report a problem with this page