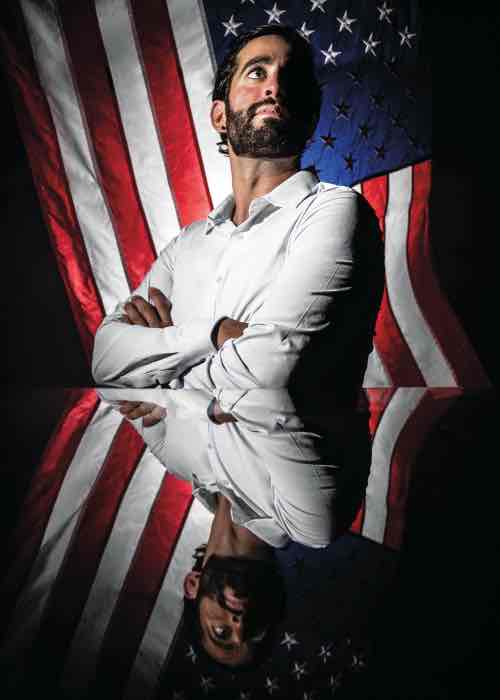 At 34, Cameron Zbikowski is a full-time student, president of the Student Veterans of America chapter on campus and a substitute teacher for Grandville Public Schools.

President Philomena V. Mantella announced a major initiative November 11 to support Michigan veterans, the first of its kind in the nation.

When Cameron Zbikowski told his mother he was enlisting in the Navy after one year at Grand Rapids Community College, she was not pleased.

Zbikowski served eight years in the Navy, including a tour in Iraq. Traveling around the U.S. and world didn’t stop for Zbikowski when he enrolled at Grand Valley. He secured a Benjamin Gilman International Scholarship that helped fund a study abroad program in Australia, where he stayed for two years.

He’s now 34 and set to graduate in December as a double major in human resource management and international business, with a minor in Spanish. A full-time student, Zbikowski is the president of the Student Veterans of America chapter on campus and also a substitute teacher for Grandville Public Schools.

And Mrs. Zbikowski has changed her tune. “My mom was not happy with my decision to enlist in the Navy at first; she couldn’t be happier with me now,” he said.

Zbikowski is one of nearly 400 student veterans on campus. It’s a small segment of the student population, but one that has received increased attention over the years from university leaders. To better serve student veterans, President Philomena V. Mantella created a new position in 2019, and Jill Wolfe, a GVSU graduate, joined the university as its first military and veteran resource manager in July.

Also a veteran, Wolfe’s path to the military started much the same way Zbikowski’s did.

“After my first semester at Grand Valley, I went home and for whatever reason my parents told me I needed to get a job the next semester,” Wolfe said. “After a sort of contentious conversation, they left for the evening, the phone rang and it was an Army recruiter.”

Despite a rather serendipitous introduction, Wolfe said she did feel a calling to serve, “to do something bigger.” After three years in the Army, including a stint in Korea, Wolfe reenrolled in Grand Valley in the late 1990s.

Based in the Richard M. and Helen DeVos Center for Entrepreneurship & Innovation in the Seidman College of Business, the program is in partnership with the Veterans Network and is designed to give veteran entrepreneurs the know-how, resources and network to start or grow a company in the region.

Was created for military police veterans interested in transitioning to civilian policing. gvsu.edu/cj/policeacademy

It’s the adjustment to campus that is bothersome to some student veterans: having to figure out financial aid using the GI Bill and military benefits, and hoping a joint service transcript will decrease the number of credits required to graduate.

Wolfe said going from the extremely controlled lifestyle of a service member to that of a nontraditional college student is difficult for some people.

“Personal responsibility is a double-edge sword. In the military, people have the highest level of personal responsibility, and everything is controlled on base: who you shop with, what you wear, what time you need to be somewhere,” she said. “Sometimes, it’s disconcerting to leave, and many people end up going back into the service.”

Zbikowski agreed and added, generally, veterans are not comfortable asking for help.

“There are so many resources available on campus, and we are nontraditional students trying to do a traditional academic year, and it seems that some people expect you to know how things work on campus,” he said.

For those reasons, a Veterans Network was established on campus in 2009 as troops were pulled from Afghanistan and the Post 9/11 GI Bill, used to help fund job training or college expenses, went into effect.

Steven Lipnicki, assistant dean of students, took steps to create the network 11 years ago to support students as they enrolled or reenrolled at the university. Representatives from Financial Aid, Registrar’s Office and student service offices continue to meet regularly to discuss best avenues to support student veterans, active service members and dependents as they transition to campus.

Wolfe hopes more student veterans are active on campus and said it’s among her goals as she settles into a new role.

“We have the Veterans Network and they are people who are incredibly compassionate about working with student veterans. The network serves as our foundation,” Wolfe said. “Being involved in groups like SVA and other extracurricular activities helps student veterans become more well-rounded students.

“As we know, networking helps build relationships and skills for future use.”

Retention and graduation rates are also high on Wolfe’s list. The number of student veterans on campus in fall 2019 was down 12 percent from the previous year, although the number of students who self-identified as a dependent or survivor of a veteran grew more than 50 percent to 367. Listing veteran status when registering at Grand Valley is voluntary, so numbers may not indicate all military-connected students. 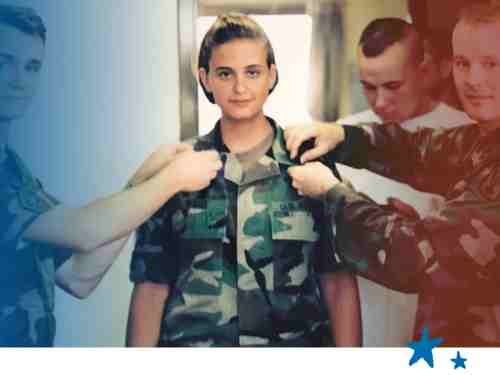 Jill Wolfe is the first military and veteran resource manager on campus. She is pictured in Korea in the 1990s receiving a promotion to specialist.

Stephanie Madison served in the Army for 20 years and joined VUB last September with a goal of earning a bachelor’s degree in criminal justice. Once in the program, VUB advisors helped Madison obtain past college transcripts, apply to GVSU and navigate financial aid. She took a math assessment test to figure which courses to take, and met with a tutor.

“Lord willing,” Madison said she will graduate in May.

“I chose VUB because I knew that they would do whatever was in their power to assist me with returning back to college,” she said.

Last year, Grand Valley was again named as a gold level “military friendly” university by the Michigan Veterans Affairs Agency. It’s the fifth year the university has achieved that status. Criteria include having a number of resources on campus that support the needs of student veterans, dependents and survivors.

“Veterans often feel like they’re behind the eight ball when it comes to school, that they just want to get their degree and get out. A liberal education is about so much more than that,” she said. “Anything we can do while they’re at Grand Valley to help them learn more about their place in the world, and translate their strengths and skills into careers that have meaning and purpose is good for society.” 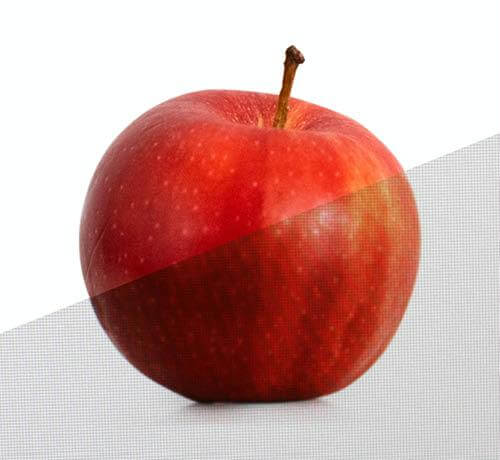 A paradigm shift for the teaching profession

The COVID-19 pandemic created an extraordinary opportunity for Grand Valley experts to offer materials and resources to support K-12 students and teachers across the globe. 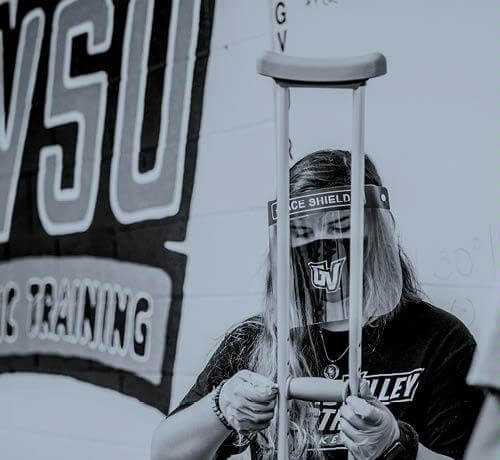 Laker community adapts to fall semester with safety at forefront

University leaders monitored the four Ts (tracking, technology, testing and tracing) as students moved back to campus and the fall semester started amid challenges brought by the COVID-19 pandemic. 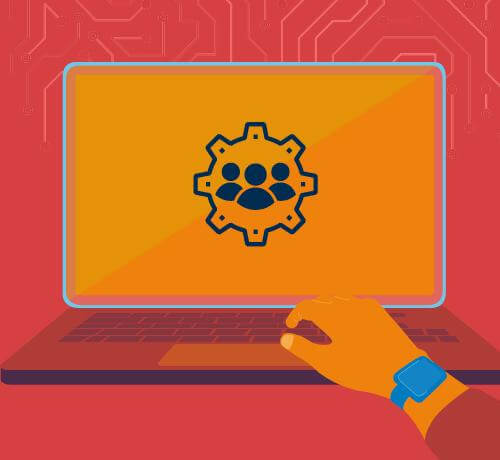 Computer science students will have increased access to a growing program designed to give real-world experiences, thanks to the university's first Innovation Fund grant.